The rainy season is coming, and of course, with its consequences. One of things that we must be aware of during the rainy season is the mosquitoes attack, particularly in a tropical country like Indonesia. Recently, Jakpat has conducted a survey in order to see people’s habit in using anti mosquito. This survey involved 205 respondents from across Indonesia, with a range of ages from 17 to 35 year-old. Apparently, only 36% of them admitted that they use anti mosquito regularly, while the other stated that they don’t regularly use it. 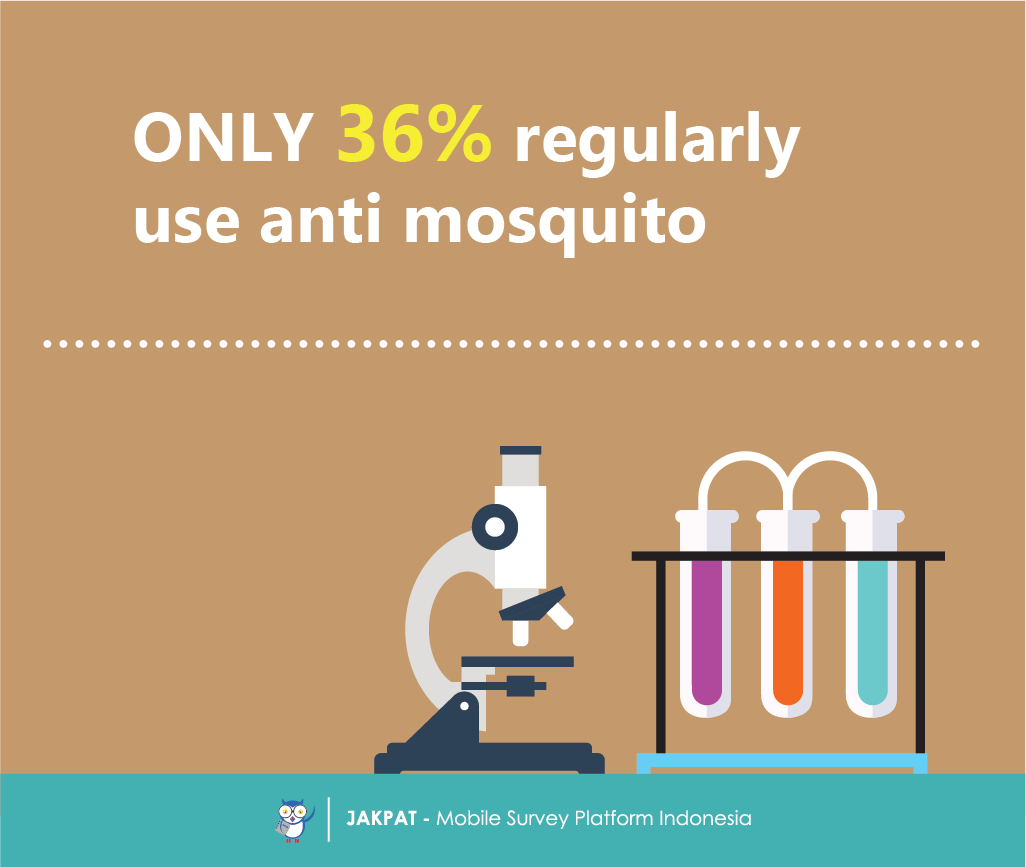 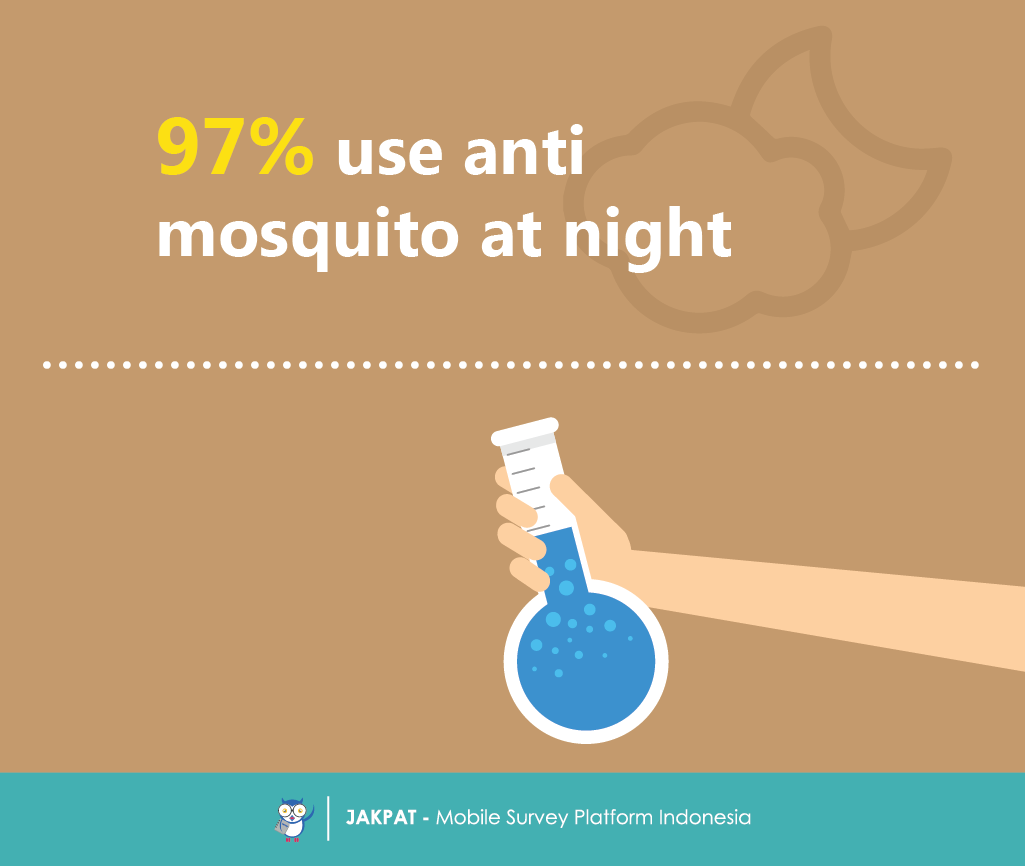 Among those people who regularly use anti mosquito, 97% of them use it during the night time. Regarding to the source of information about anti mosquito, most of them (80%) got their information from advertisement, while some of them (30%) got recommendation from their family or friends. We also found that men are more likely than women to get recommendation from their friends or family (33% VS 26%). On the other hand, women are more likely than men to get information from advertisement (81% VS 79%). 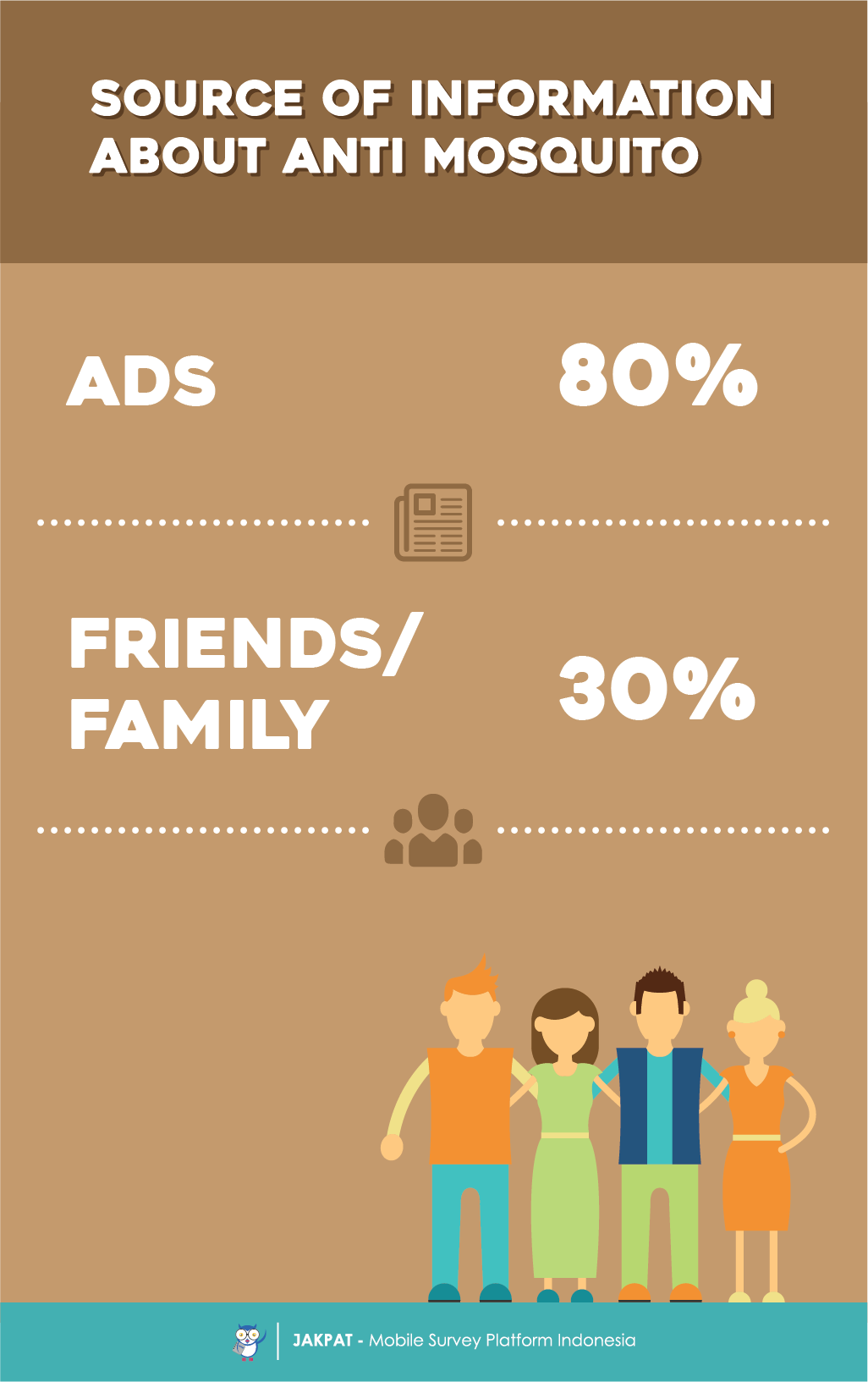 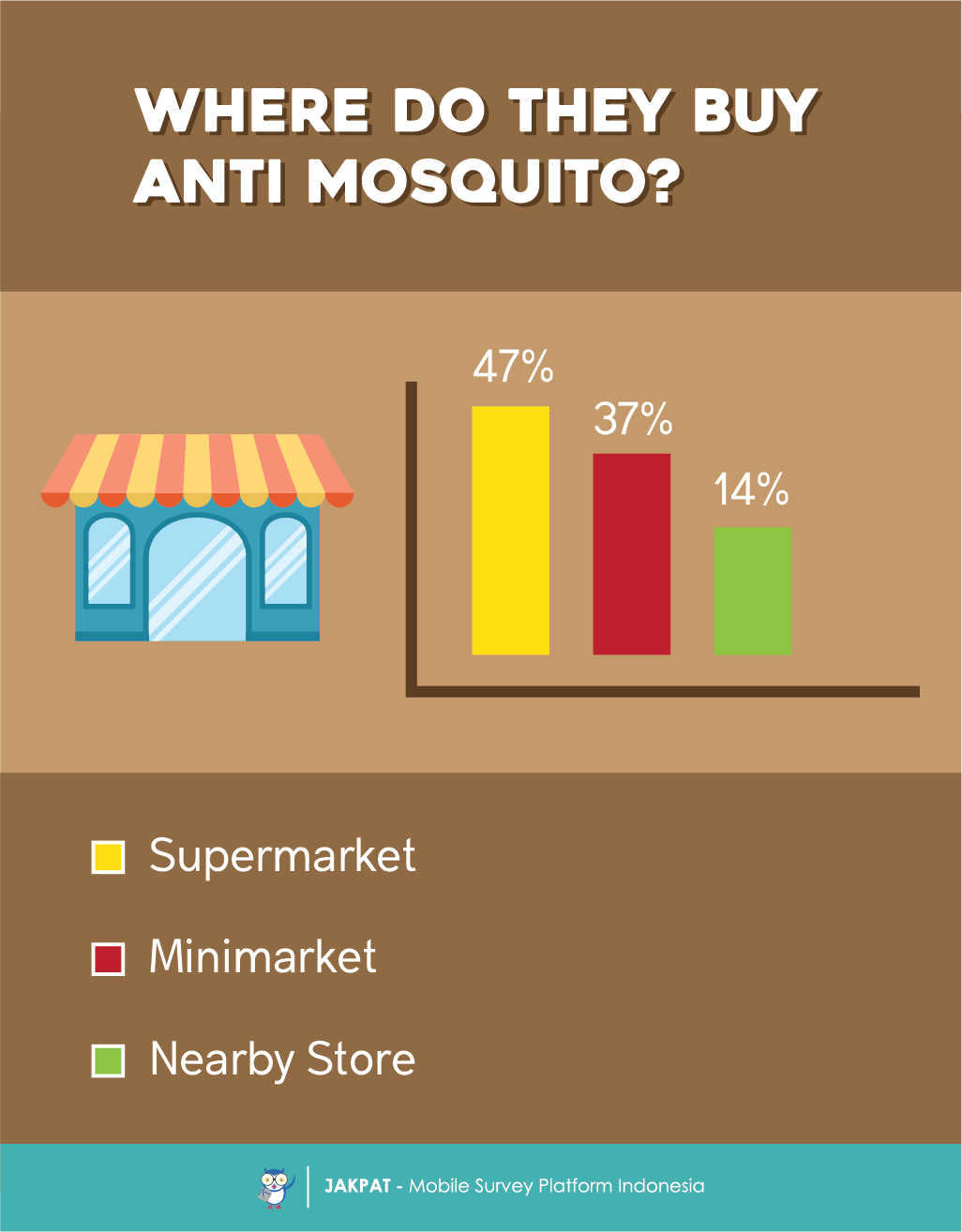 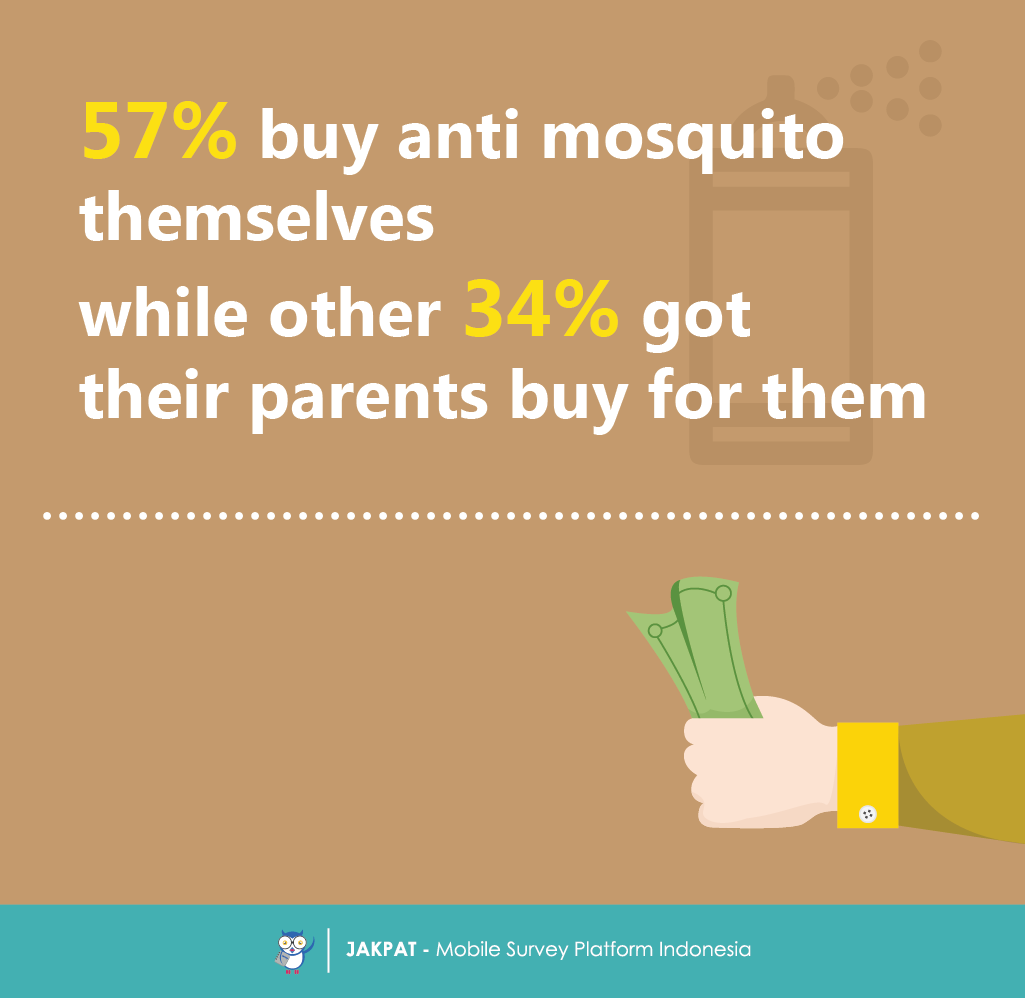 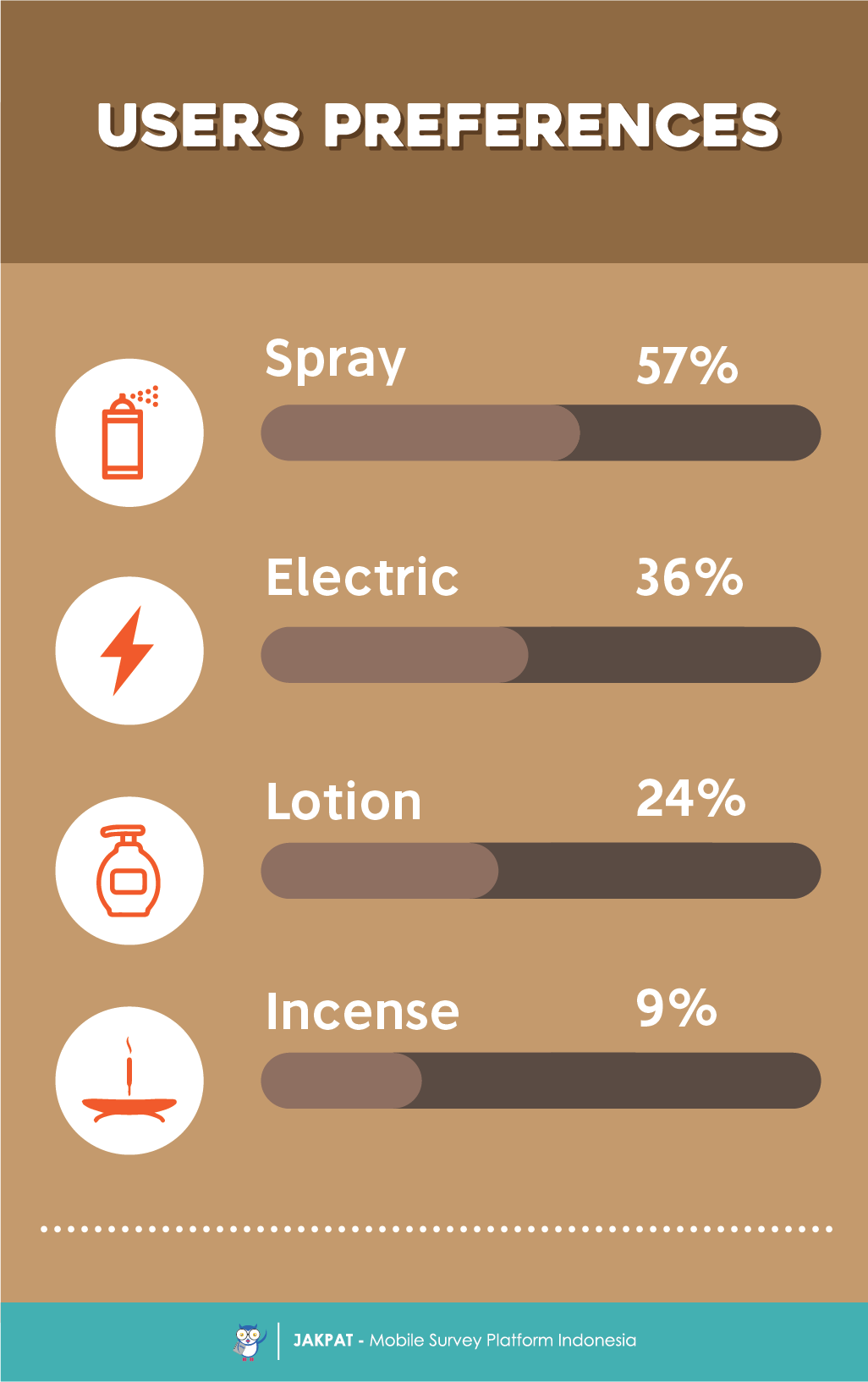 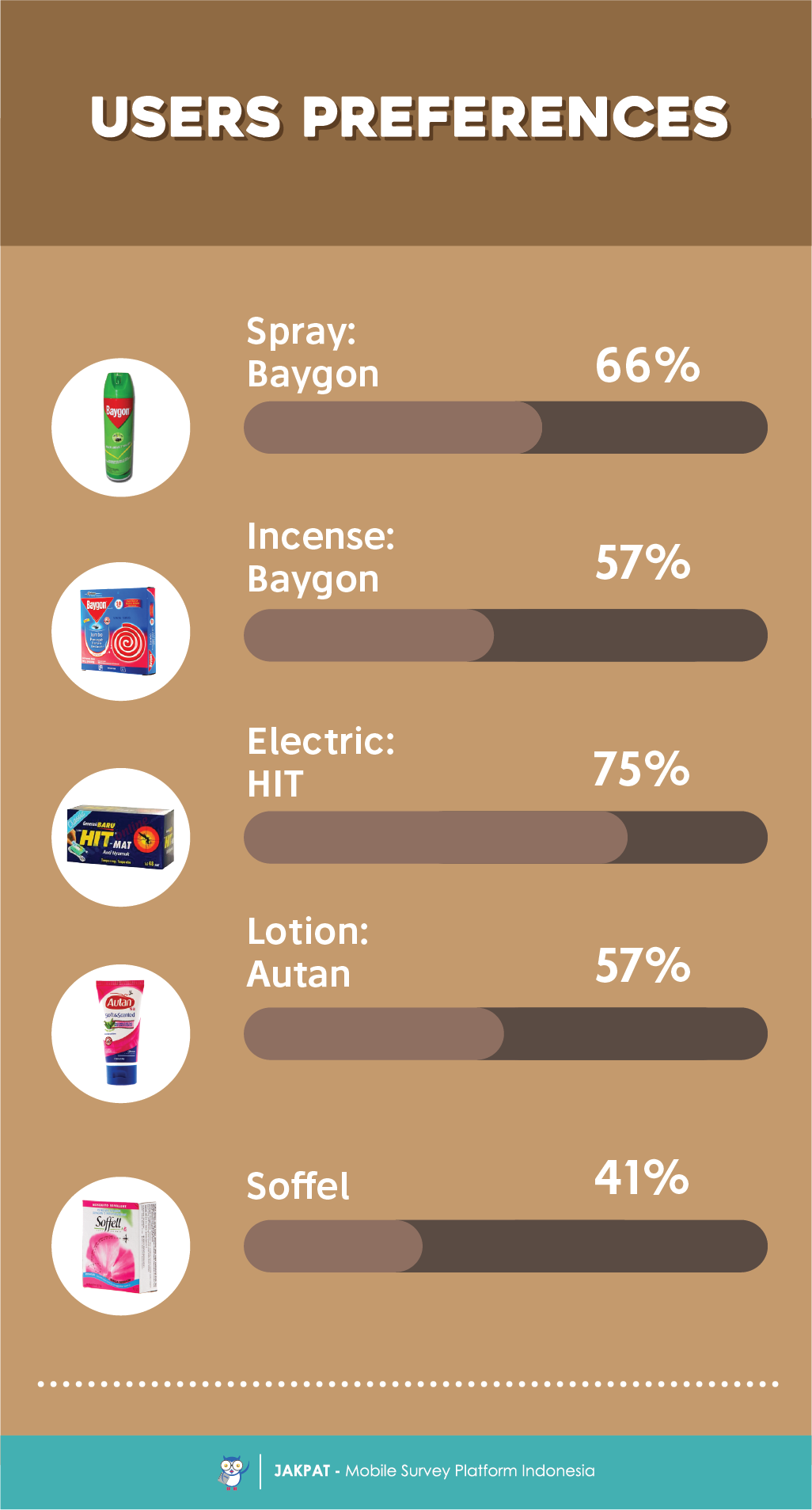 For more detail you can download XLS report at the button below (bahasa). JAKPAT report consists of 3 parts which are 1) Respondent Profile, 2) Crosstabulation for each question and 3) Raw Data. Respondent profile shows you demographic profiles ( gender,age range, location by province, and monthly spending). Cross tabulation enables you to define different demographicsegment preference on each answer.