End of year is the best timing to conduct evaluation for business, such as campaign evaluation.  Campaign #365Alasan attracted enough our attention to know more about perceptions of our panel for this campaign. A glimpse of this campaign:

Ask participants to write down their reasons for drinking Bear Brand, then the status of uploaded through Twitter, Instagram, or the official website with the hashtag # 365Alasan 365Alasan.

In this survey we involved 442 respondents in several major cities in Indonesia, with a percentage female 55.66% and male 44.34%.

We started the survey with a screening to determine how many people are aware of this campaign. And findings that we got, only 17:42% of respondents said knowing this campaign. 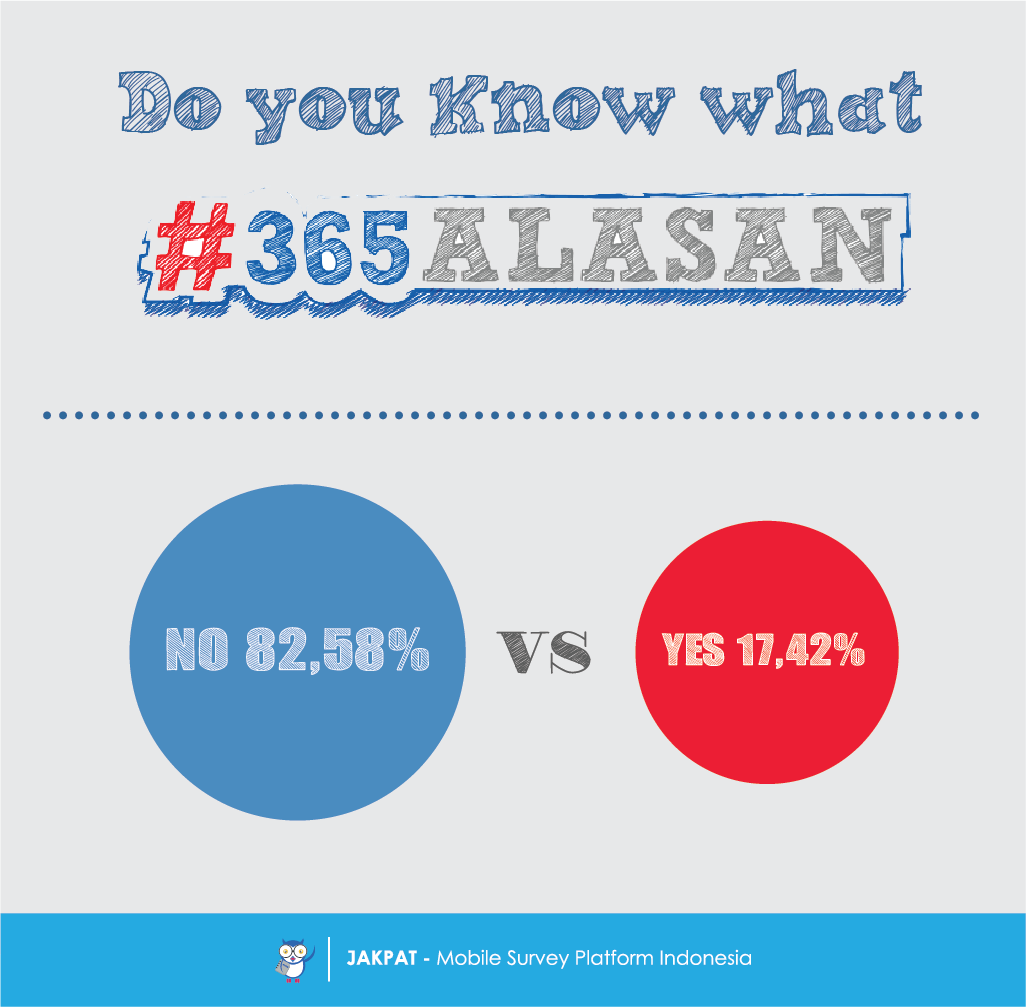 Then, from 17:42% of respondents who know this campaign, we asked them to choose which media are they getting information about # 365Alasan. Apparently, more than 50% of respondents chose Instagram. 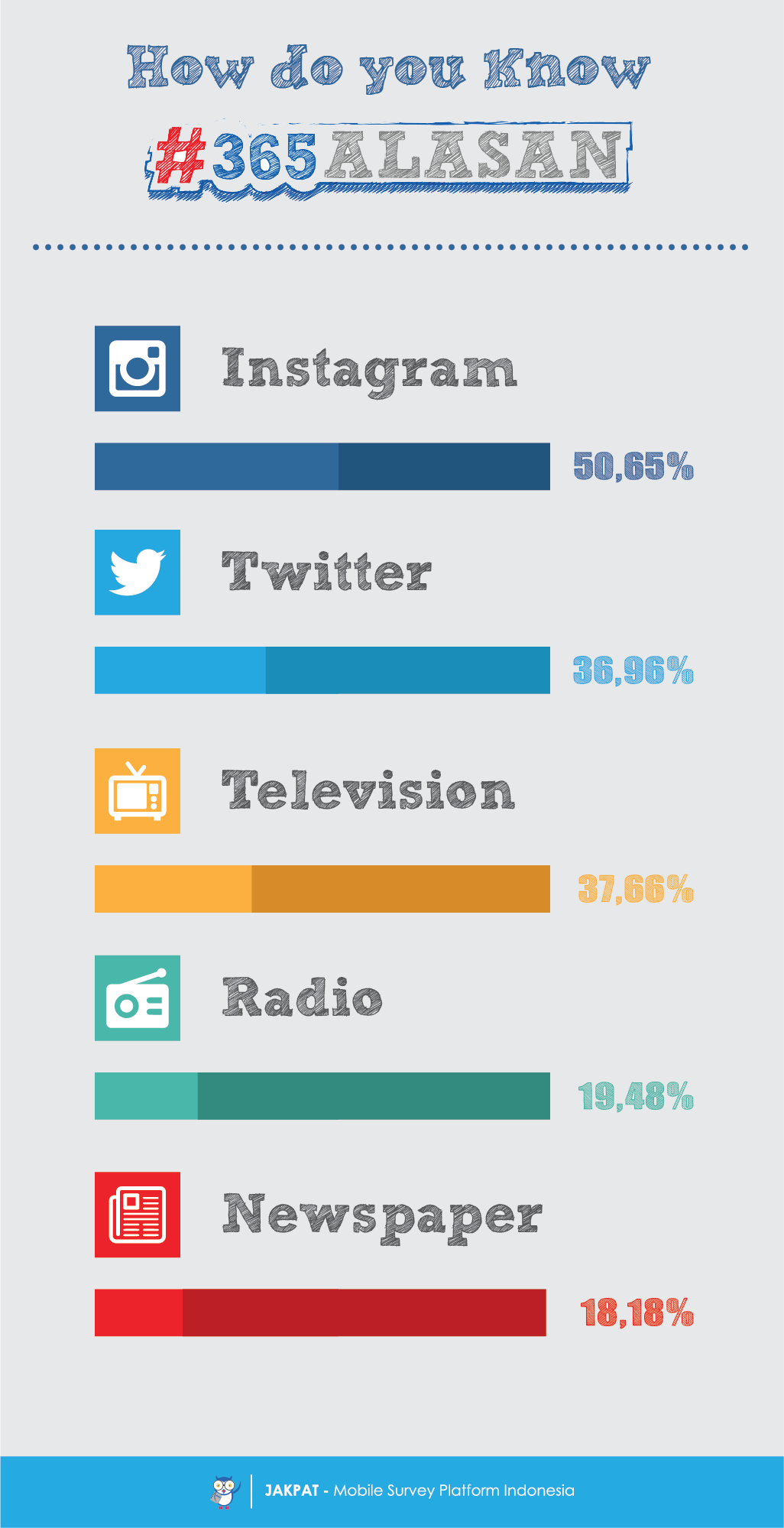 From 77 people who claimed to know this campaign, more than half admitted to not follow this campaign. While 48.05% of respondents said that participate. 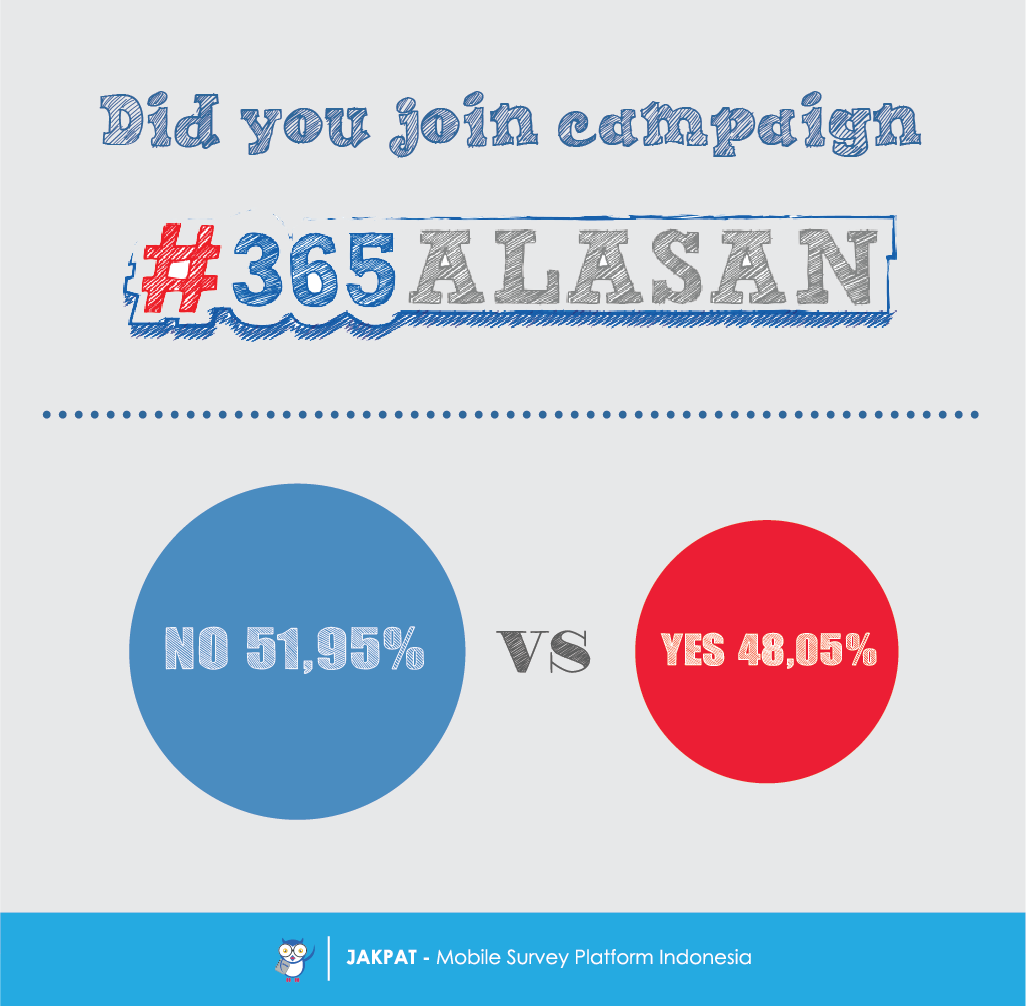 To the respondents who admitted to join this campaign, we asked in which media they upload status. We use multiple answer type questions, to accommodate the uploading of respondents in more than one medium. Turns out, most respondents uploaded on Instagram while Twitter and official website occupies the same position. 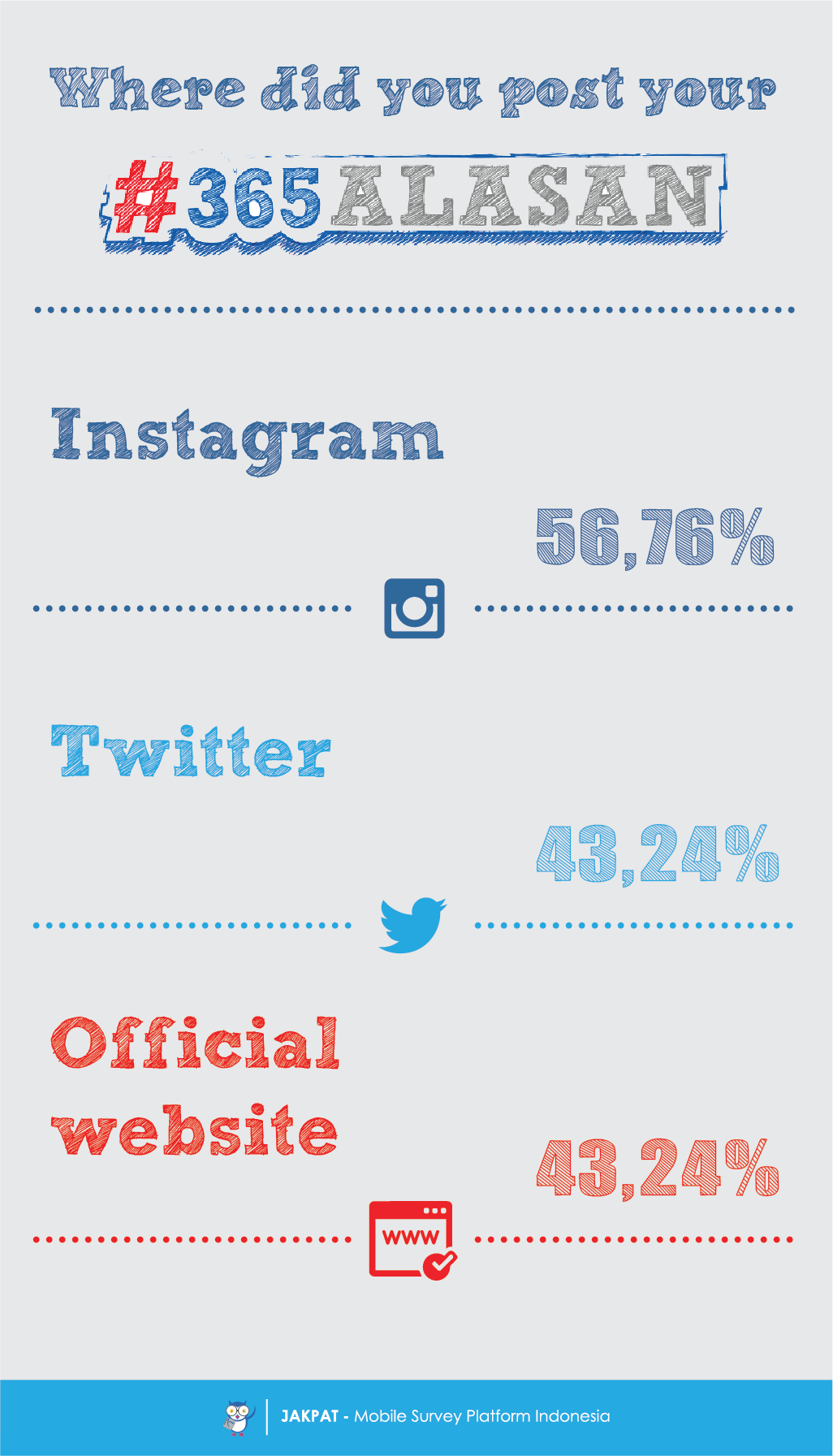 Most respondents who claimed to follow this campaign, said that prize is the main reason they join.  Apparently not all participants know exactly what brand this campaign conduct, only half of them are mentioned properly brand held, while the rest mentioned wrong brand and  did not know. 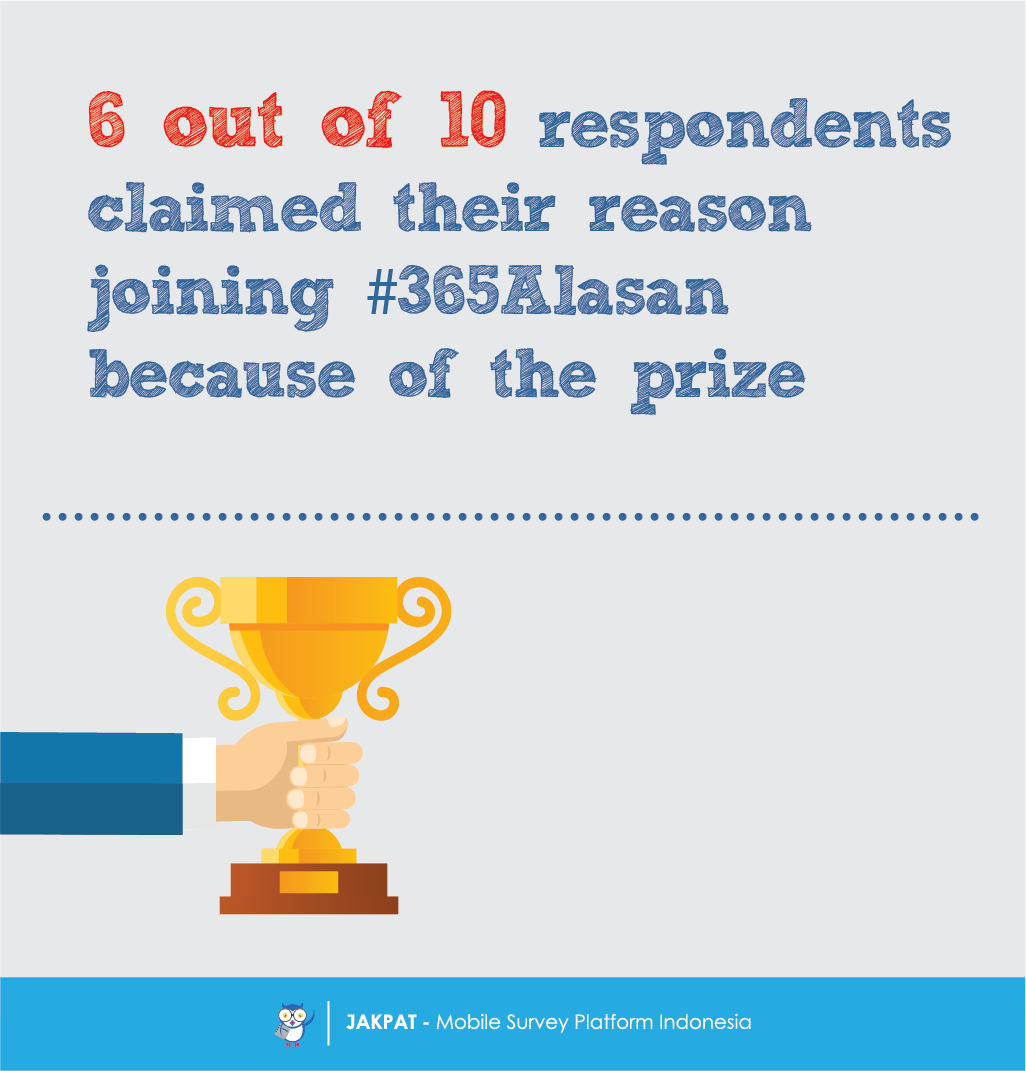 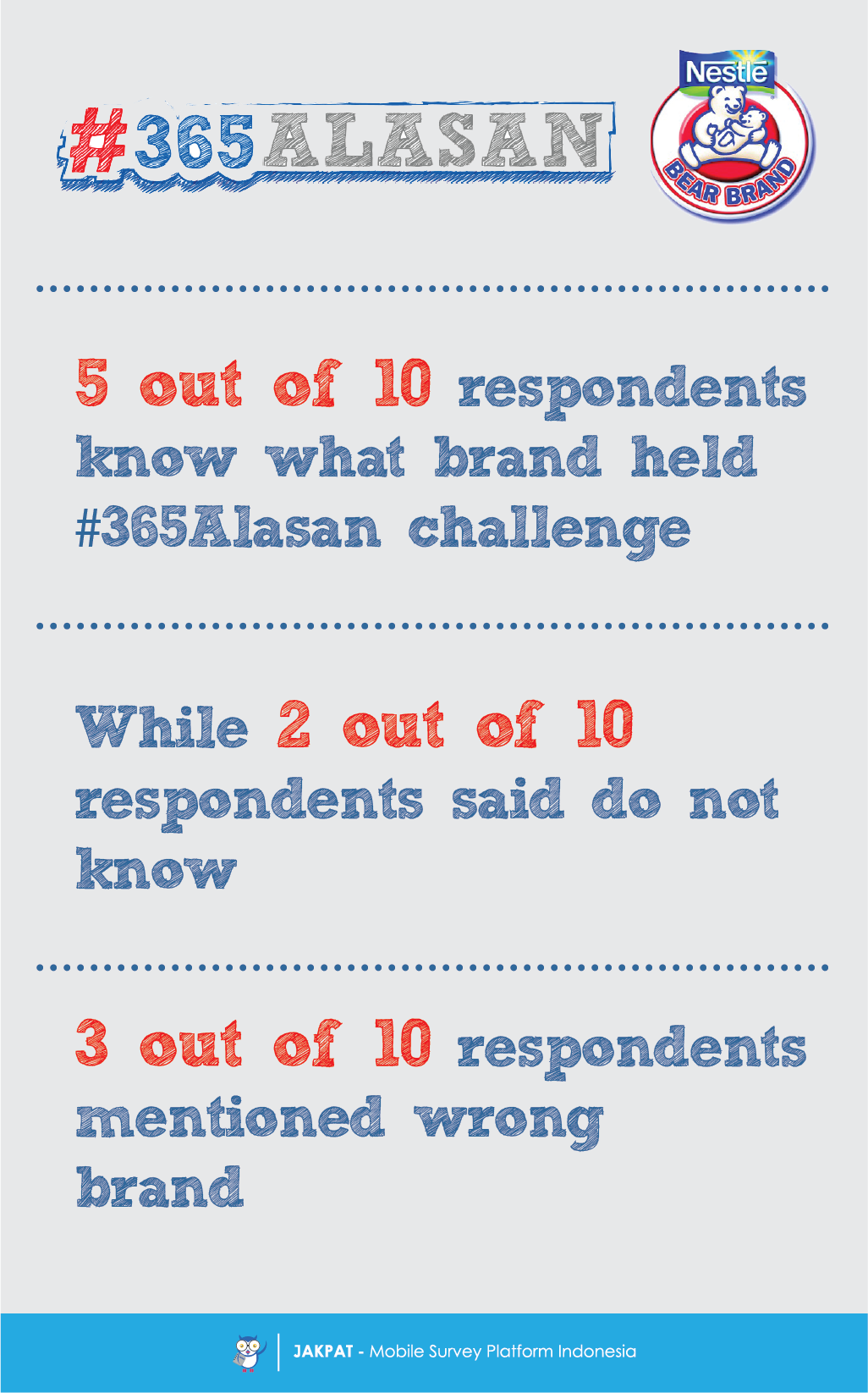 We also asked respondents who joined #365Alasan to assess this campaign with a scale of 1 – 10. 51.35% of them gave values of 8-10. This shows the campaign # 365Alasan considered good enough by the participants.

We also asked the respondents who didn’t join the campaign about their reason, majority of them said have no time to participate, while the rest said not interested and lazy to join. 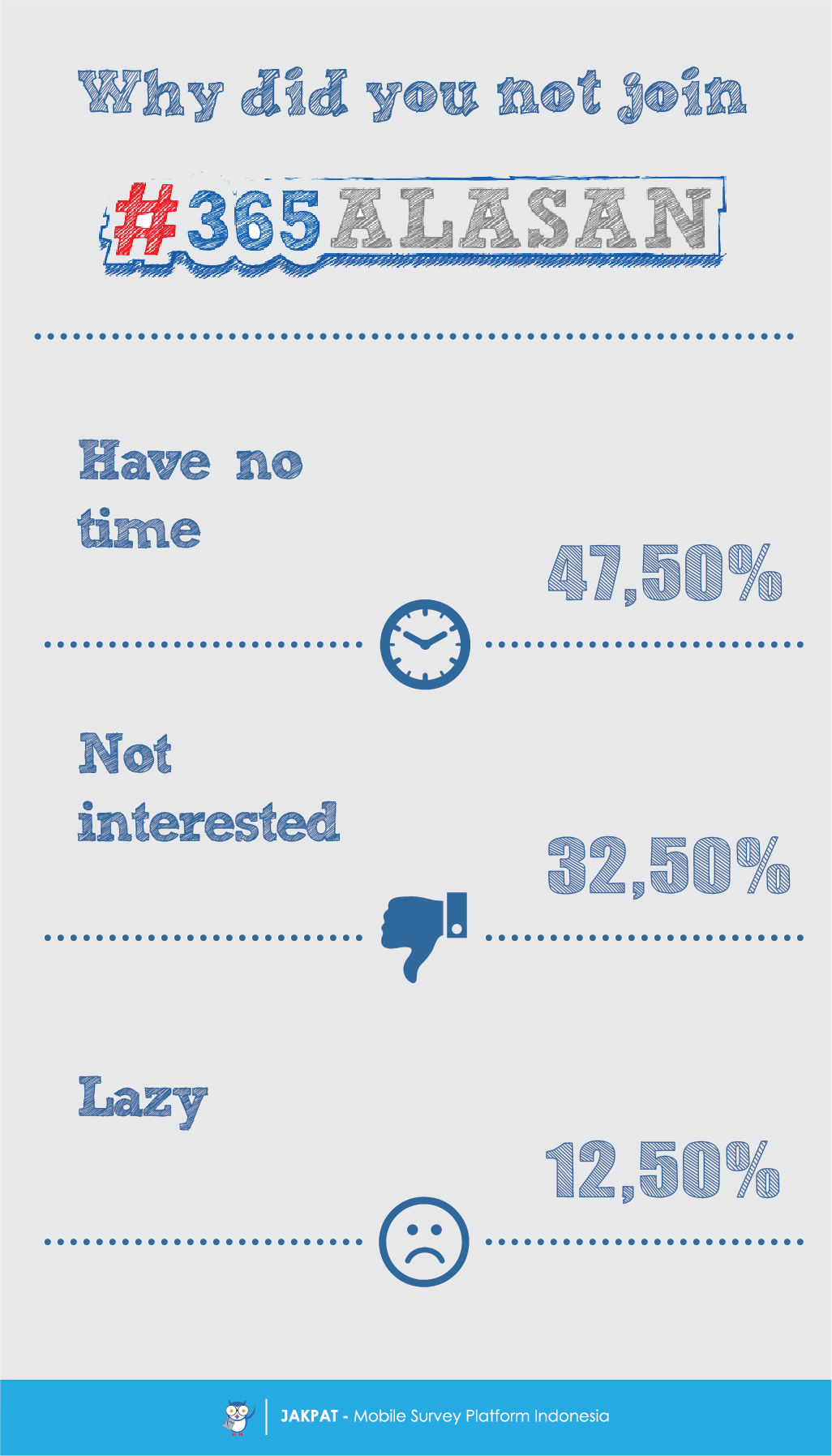