Game of Thrones series has been very popular and gaining a massive interest worldwide. The season seven may have just ended last month, but the hype of Game of Thrones series assuming who will be sitting on the Iron Throne still arise. Moreover, the final episode of season seven also reveal many surprising facts; thus, the Game of Thrones fans cannot wait for the upcoming season. Unfortunately, according to several sources, this HBO award winning season finale will only be aired in about one to two years later. Meanwhile, we conduct a survey toward 1.868 respondents who are Game of Thrones audience in nationwide to predict who will be the future king of Westeros, as well as understanding their perception about this series. Three notable highlights are found in this survey. First, we can see that respondents who have just watched different Game of Thrones series tend to have different preference about their favourite house and expected character who will be the ruler of Westeros. Second, although this series is originally aired in HBO, but most respondents in this survey seem to be more likely watching it by download the files or online streaming, At last, in general respondents start to watch the show in different years, although most of them do not watch it since it is firstly aired in 2011. However, despite the time they watch the show, most of them assess the series as having good quality.

To further enhance our understanding about respondents perception of this series, you can download our full report below. The report contains information such as: 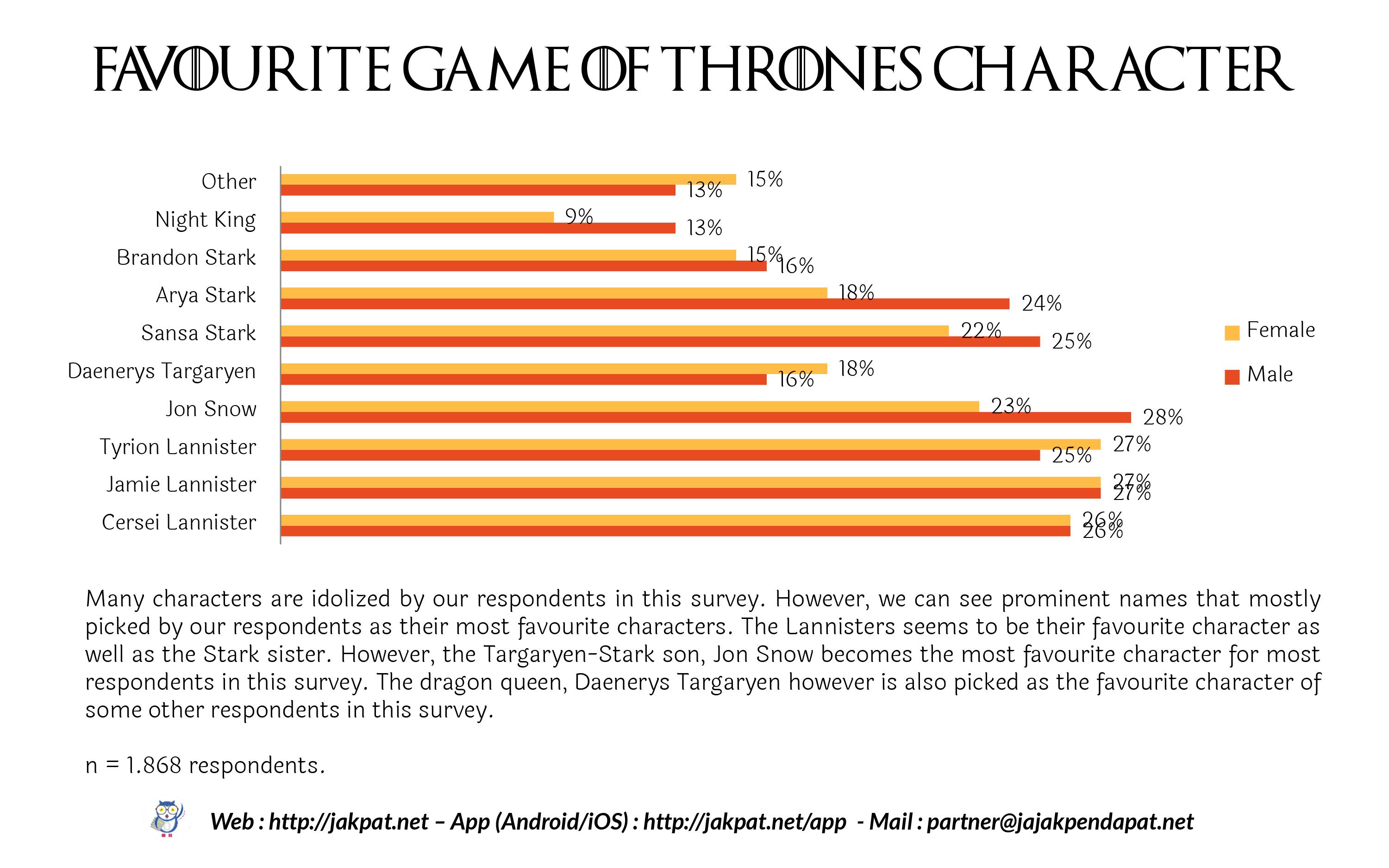 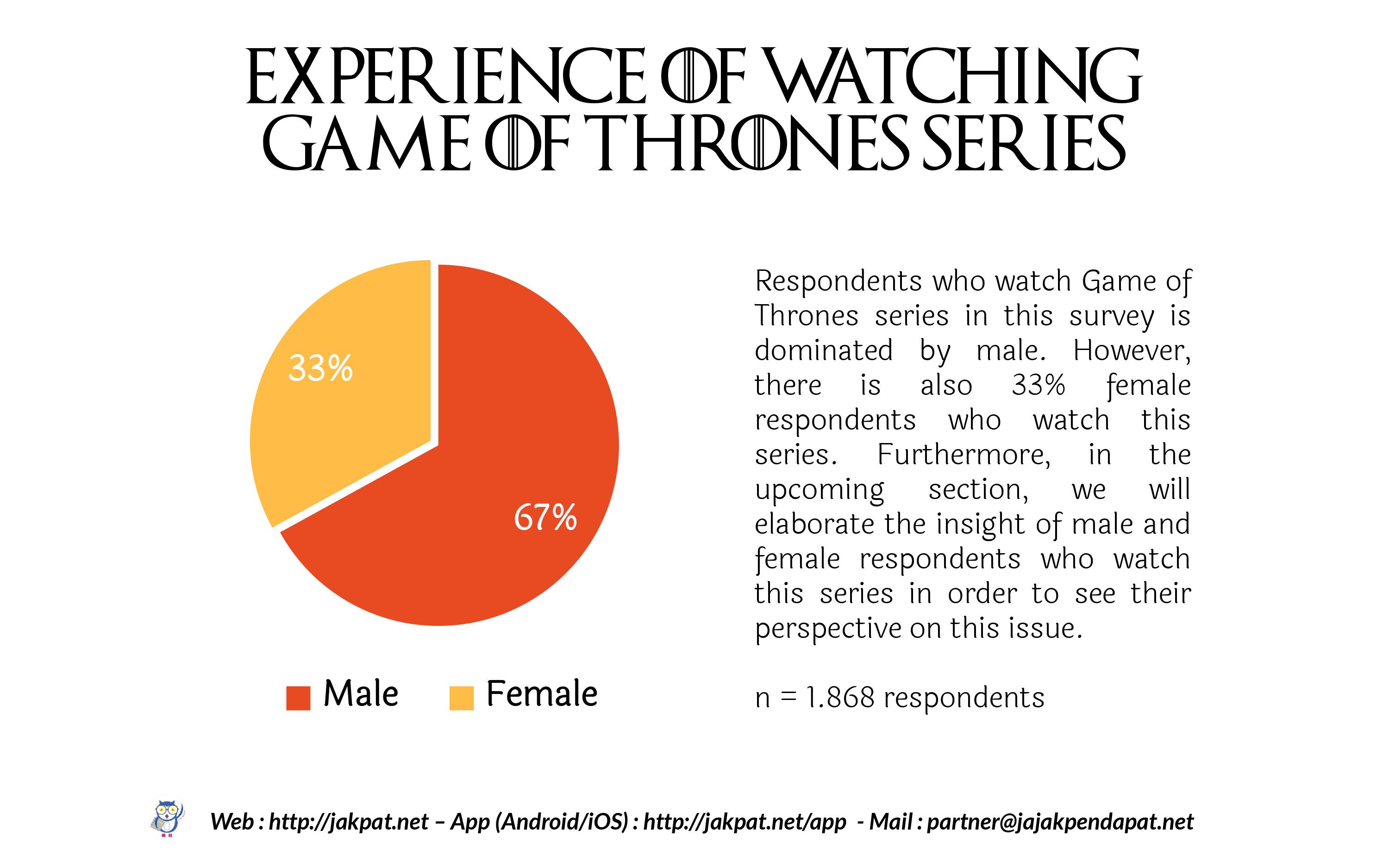 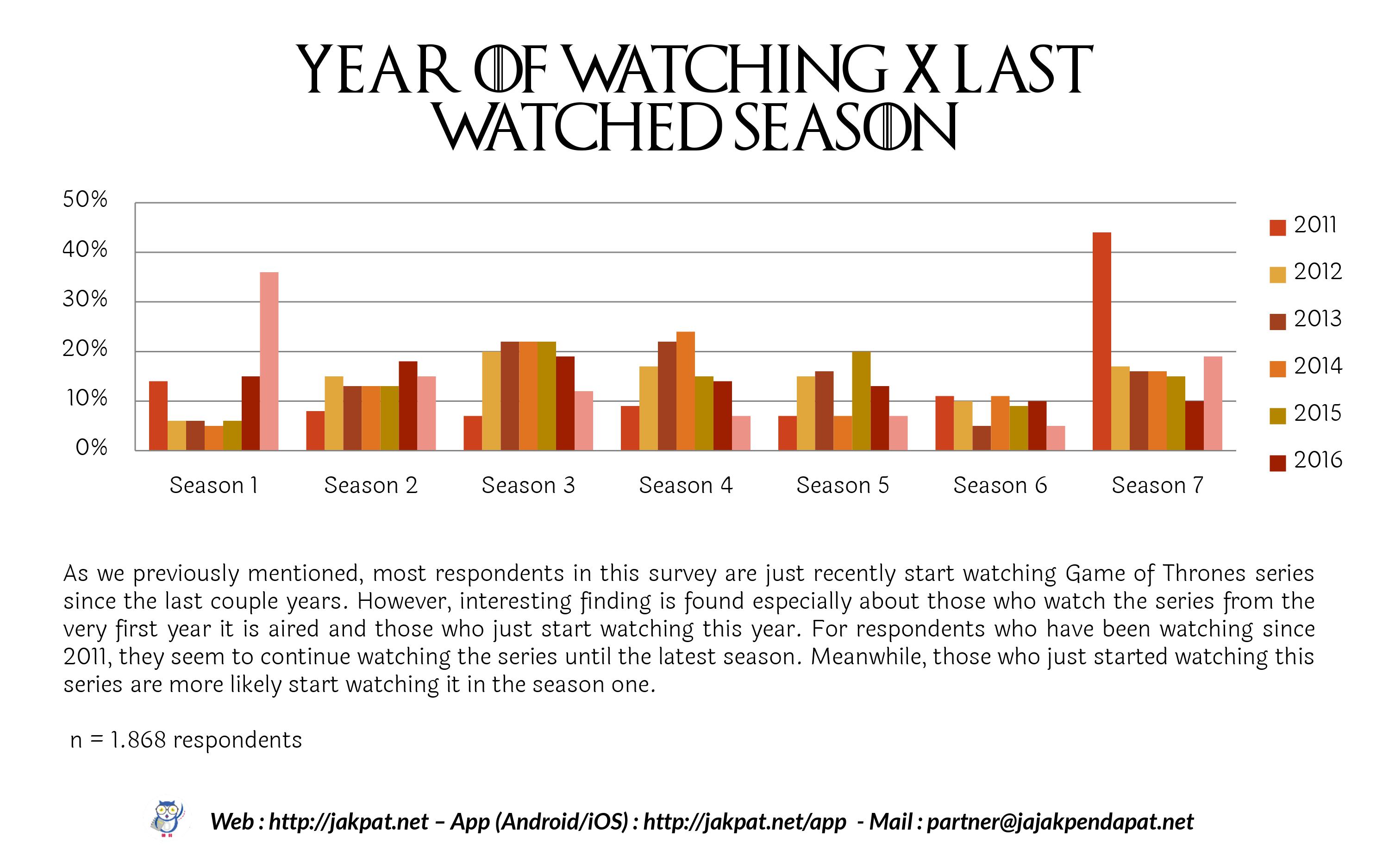