HARBOLNAS, known as “Hari Belanja Nasional”, is an annual online shopping festival that already holds since December 12, 2012. After six years of the establishment, HARBOLNAS is involving more than 300 online shops in Indonesia. By this year, HARBOLNAS had been achieved 6.8 trillion rupiah in shopping transaction increasing 2.1 trillion rupiah compared to HARBOLNAS 2017. Inspired of Cyber Monday that popularly known in US, Canada, UK, German, and Japan, The Indonesian e-Commerce participants collaborate to provide their best promotion program in order to attract the Indonesian online shoppers. Back on February 2018, Jakarta Globe released an article that revealed the number of Internet users in Indonesia based on the APJII survey data. It states that Indonesia had 147 million Internet users in 2017. The huge numbers of Internet users in Indonesia become great potential consumers in the e-Commerce Industry. Regarding the HARBOLNAS Indonesian Shopping festival in 2018, JAKPAT has conducted a survey that aims to find out the awareness of HARBOLNAS in Indonesian online shoppers then based on the Indonesian online shoppers and their shopping patterns during the events. The survey was conducted nationwide to 1906 participants based on Indonesian Internet user’s population from December 13th – December 16th, 2018. Several topics that covered on the survey reports, such as: 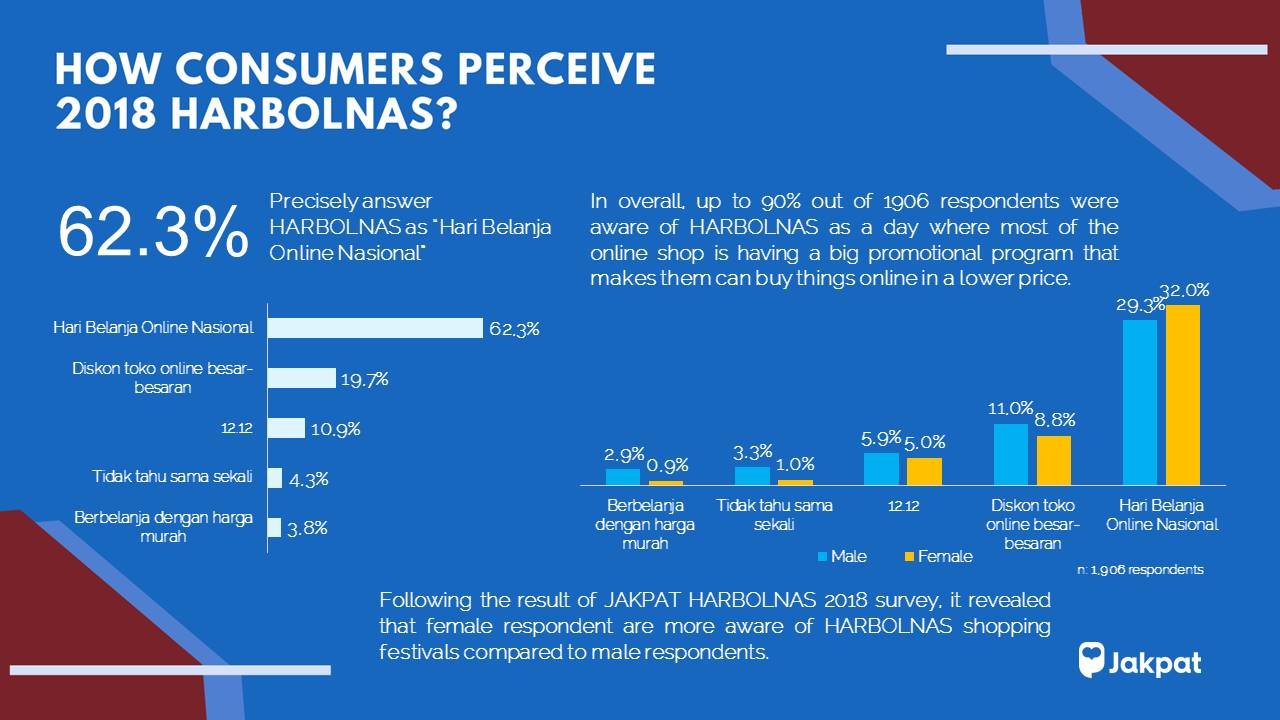 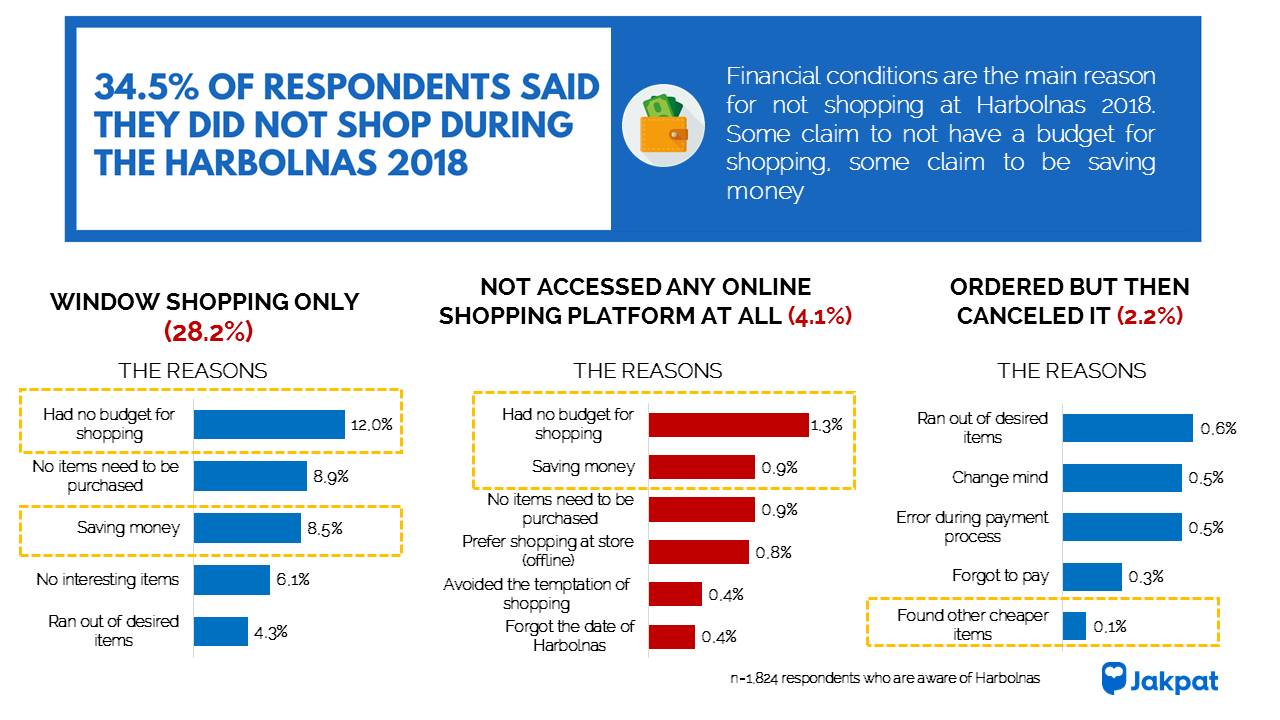 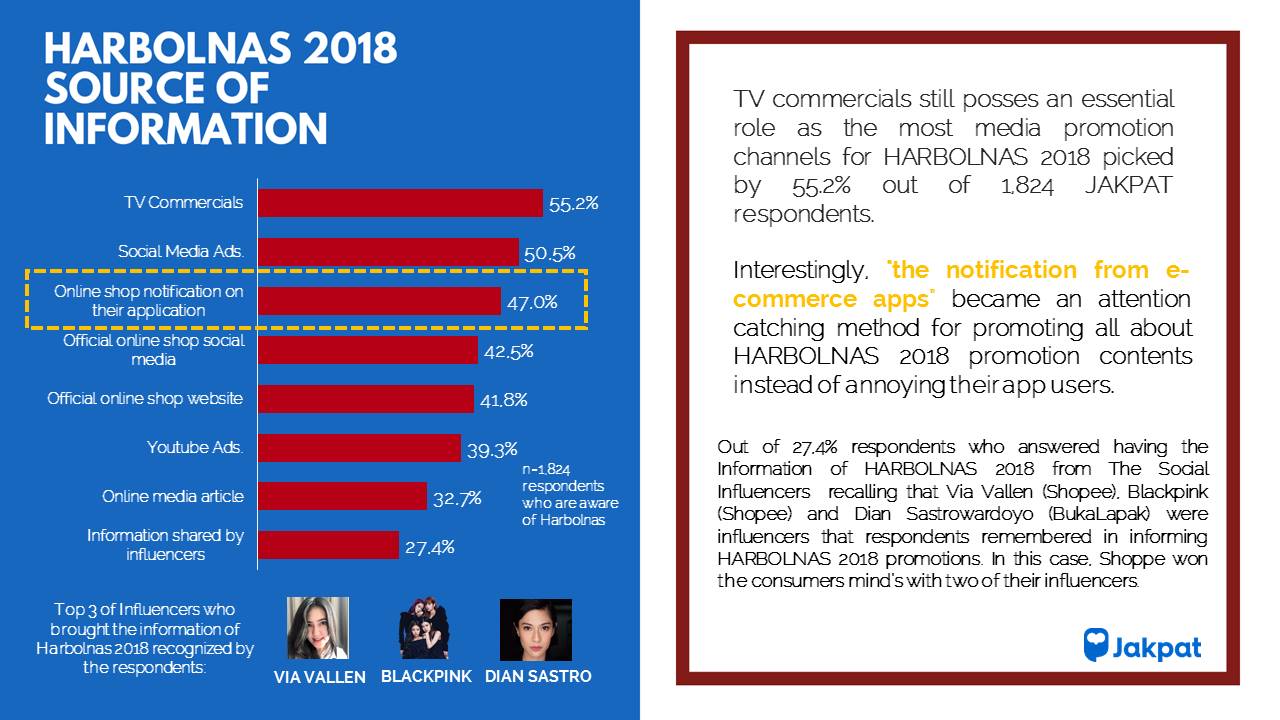