This survey was meant to find out the meaning of the celebration of Indonesia‘s Independence Day. We wanted to see how enthusiastic the young generations represented by the millennials and generation Z were about symbolic activities or actions to nationalism. Therefore we asked the respondents about things like their preference toward local brands, the language used in daily conversation and phone setting, their participation in Independence Day festive events, etc. The result may conclude how much of a nationalist the respondents are.

We were more focused on what the millennials and some portion from the generation Z would do in celebrating the Independence Day. Why such segments? Because the era of digitalization has brought some significant effects toward the lifestyle of these two groups, especially toward the attitude in general.

We managed to ask 1.911 respondents throughout the country. Since we wanted to see the habit of the millennials and generation Z, we only involved respondents no older than 35 years old.

We have highlighted some points that were deemed interesting and worth noticing, and they are: 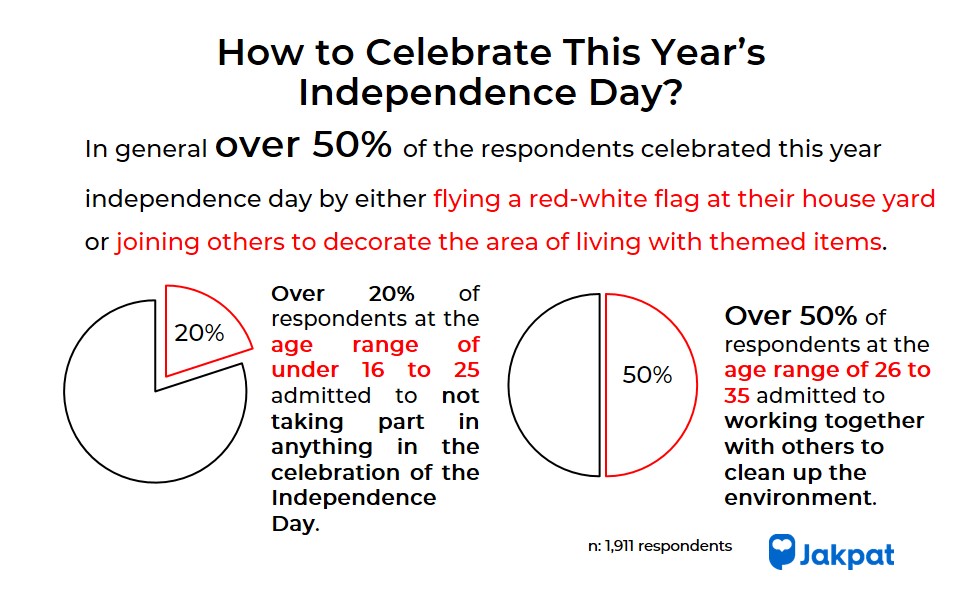 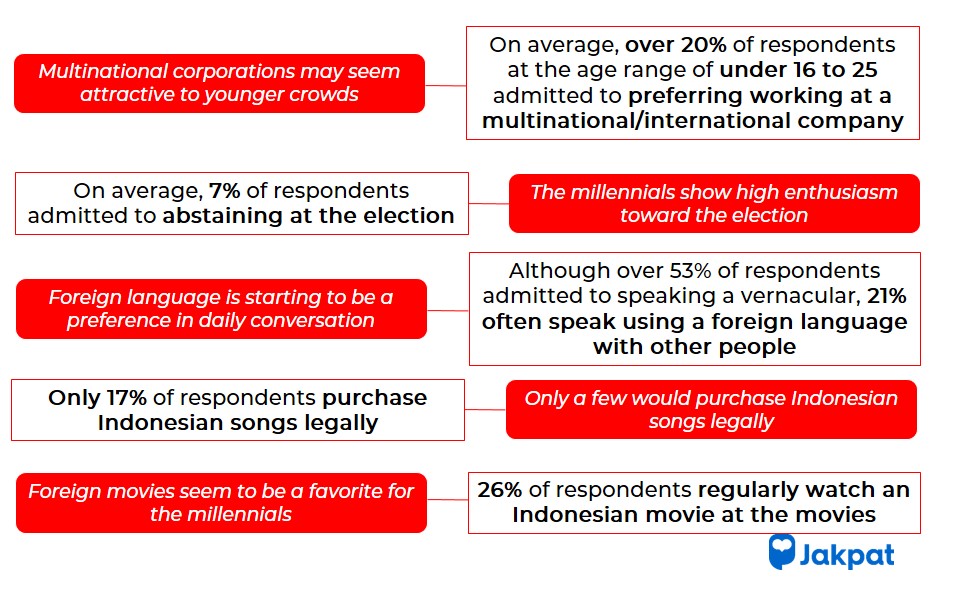