Moreover, there is special topic provided in this survey in order to complete social media trend survey. The topic is about social media restriction that was occurred in the late May 2019. At that time, Indonesian general election has an effect on social media traffic content; political issues, information related to elections until the hoaxes were fulfilled the timeline. This phenomena made government restrict several social media access. Therefore, many respondents were feeling disturbed and disagree with the decision to restrict by the Government.

JAKPAT conducted a survey of 1,015 respondents to capture the trend of social media usage in Indonesia for the first semester of 2019. 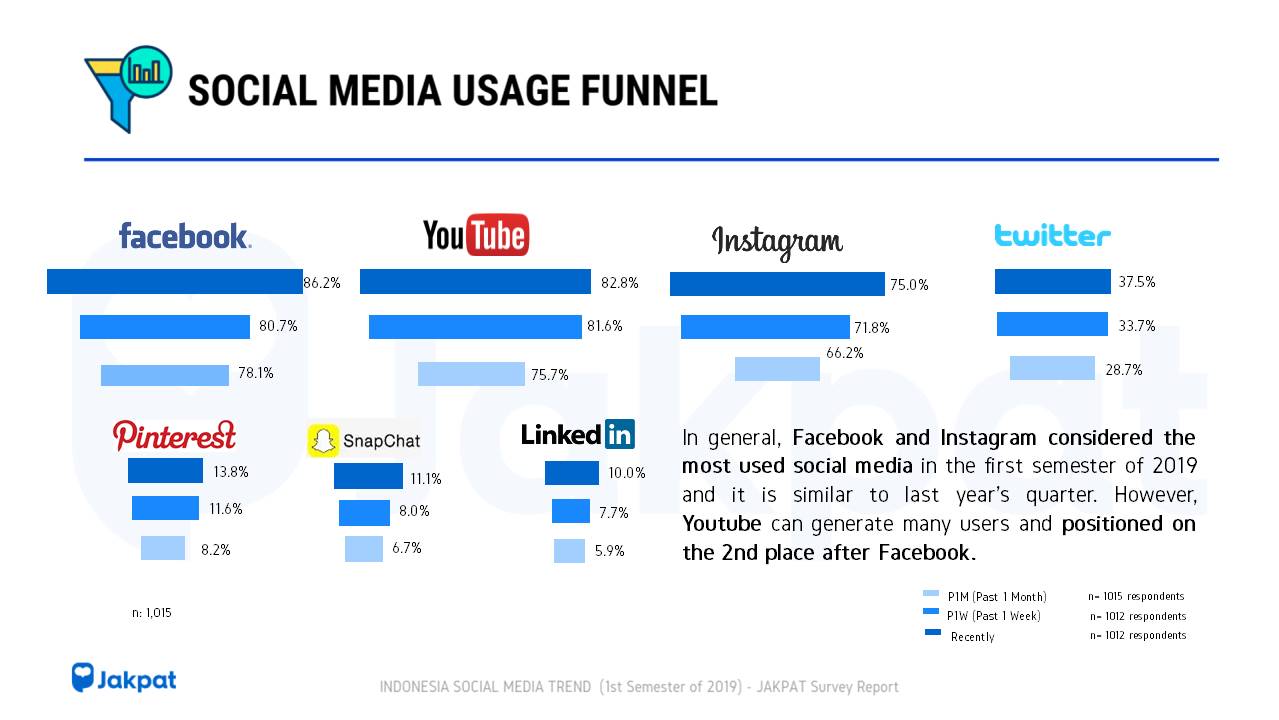 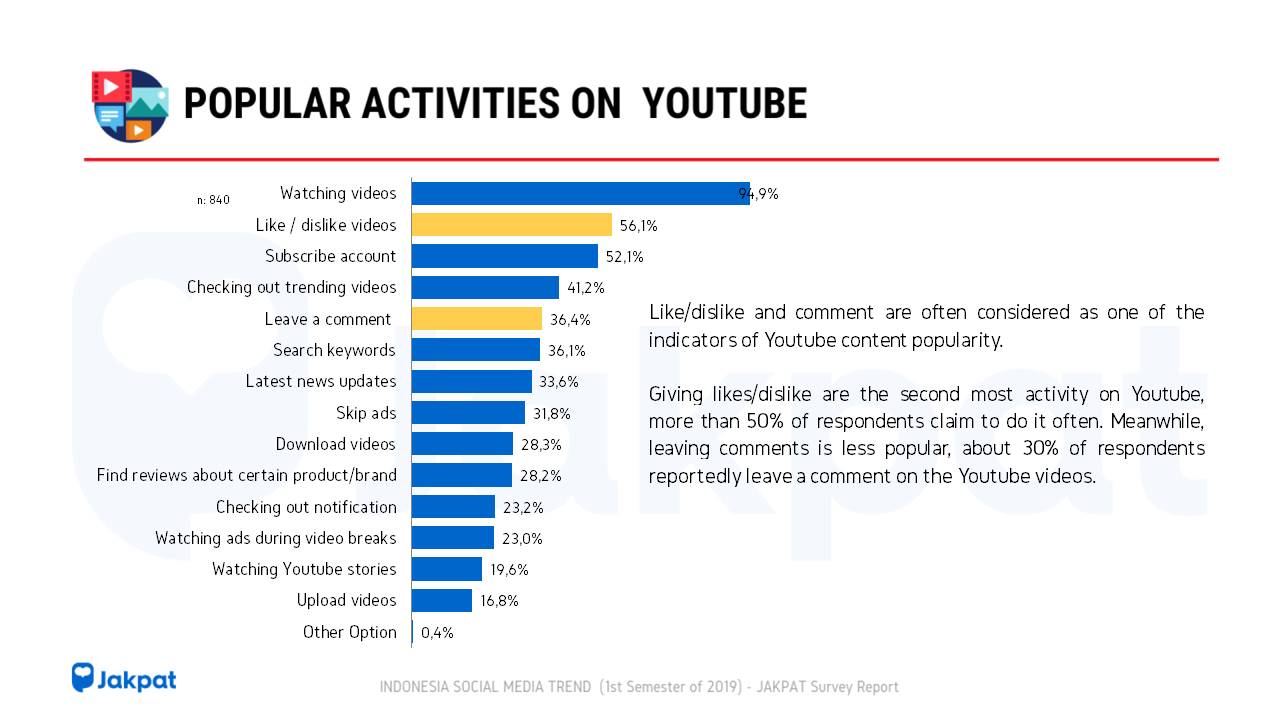 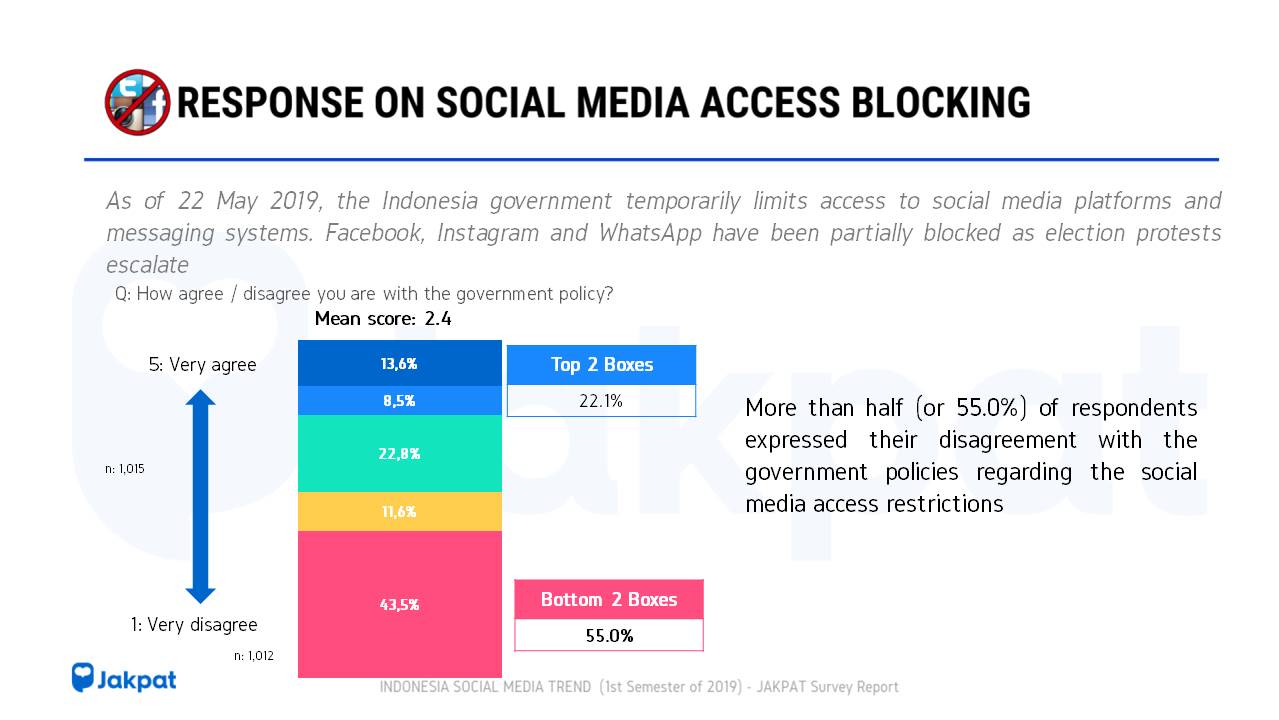