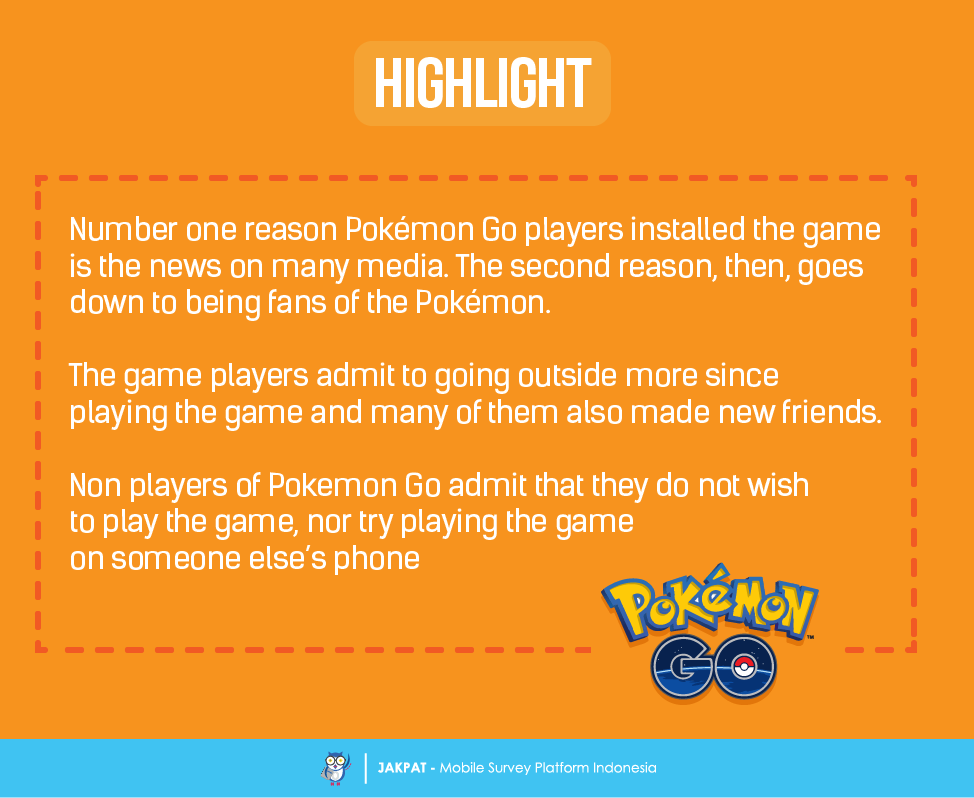 The game Pokémon Go has been a trending topic all over the world since the past month or so. In its early phase of development only a few select countries had the ability to officially download and install the game. However, because the talk was all over the media, more and more people might have gotten curious, even those from countries that have not gotten the official game release yet. Indonesia is one example. Therefore through this survey and article we would like to deliver information on how Indonesia’s mobile users react to Pokémon Go. 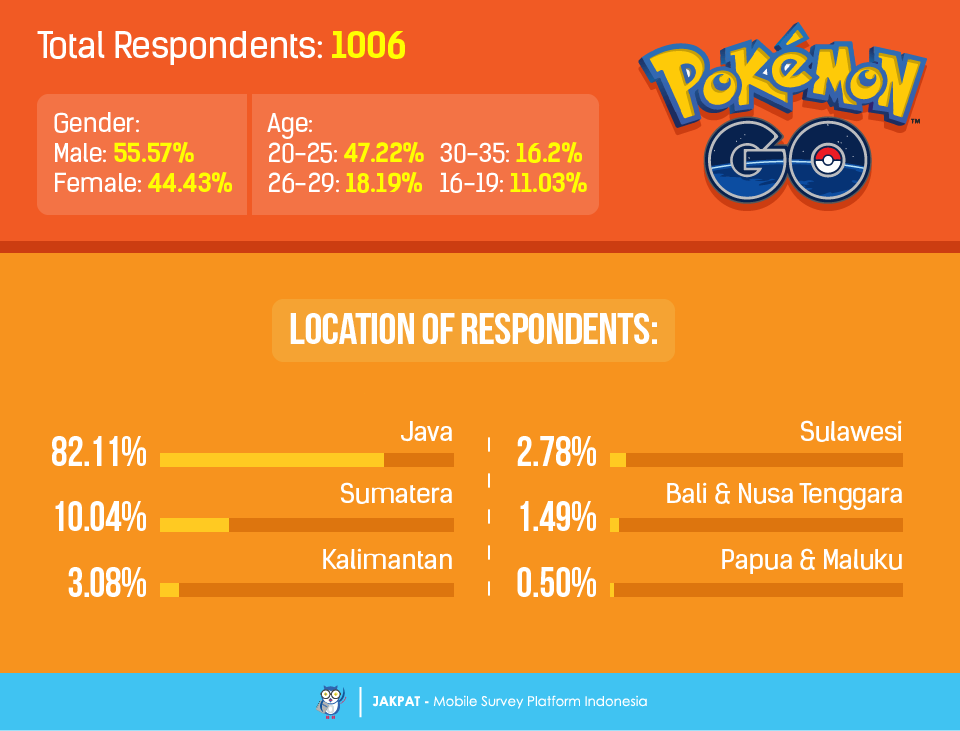 What is it that triggers mobile users to download and install the game the most? We were wondering where the source of curiosity came from. We found out that our respondents, 40.92%, installed the game mainly because they saw news about the highly talked about game on many media. Being long fans of Pokémon falls to the number two reason, for 20.62% of the respondents. Shared posts of the game within the circle of friends made the reason for 17.23% of the respondents to install it. Lastly, 9.23% of the respondents installed the game because they admittedly have had an interest in games involving Augmented Reality (AR) as the main concept of play. 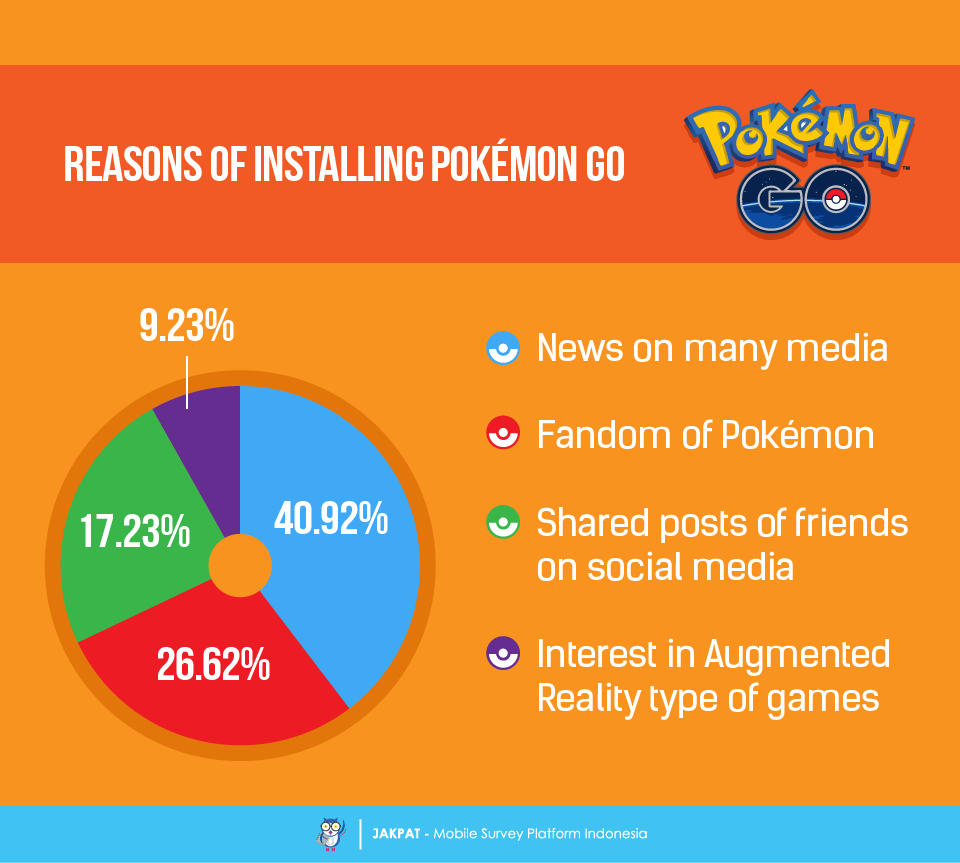 Interestingly enough, at first we had a slight assumption that the respondents playing the game have previously been fans of Pokémon (before the existence of Pokémon Go); we were not entirely right. In our finding, we found that 45.54% of Indonesia’s mobile users represented by the respondents in this survey were not fans of Pokémon before the release of the game. That finding might mean there might be an increasing number of members in the fandom or the number will stay flat. 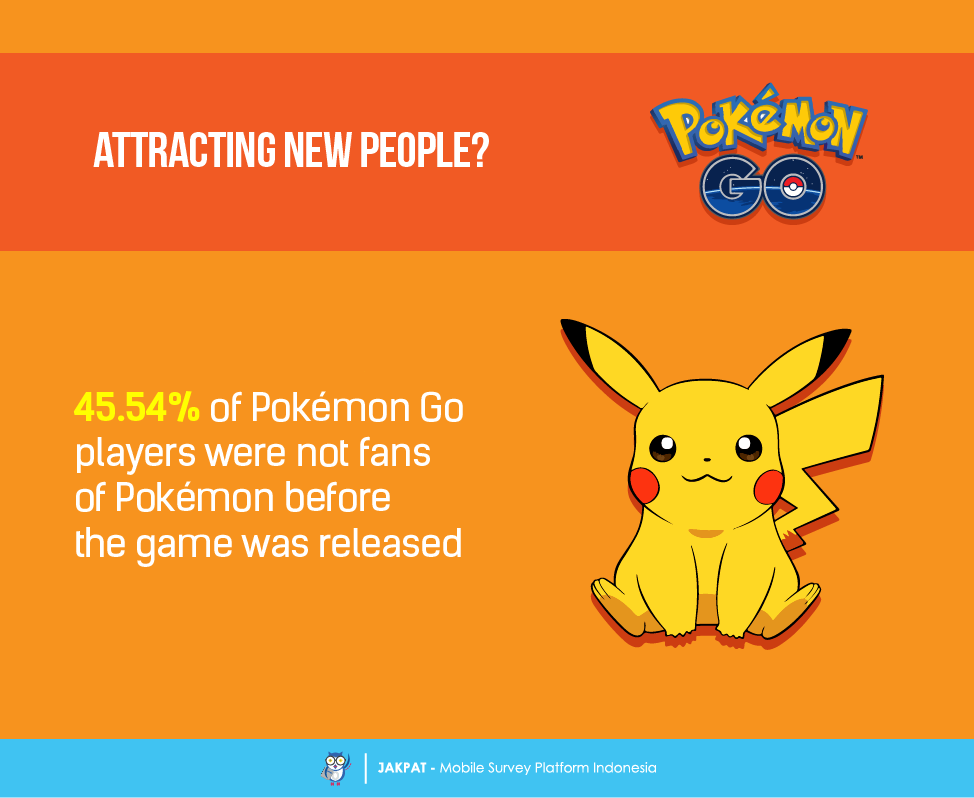 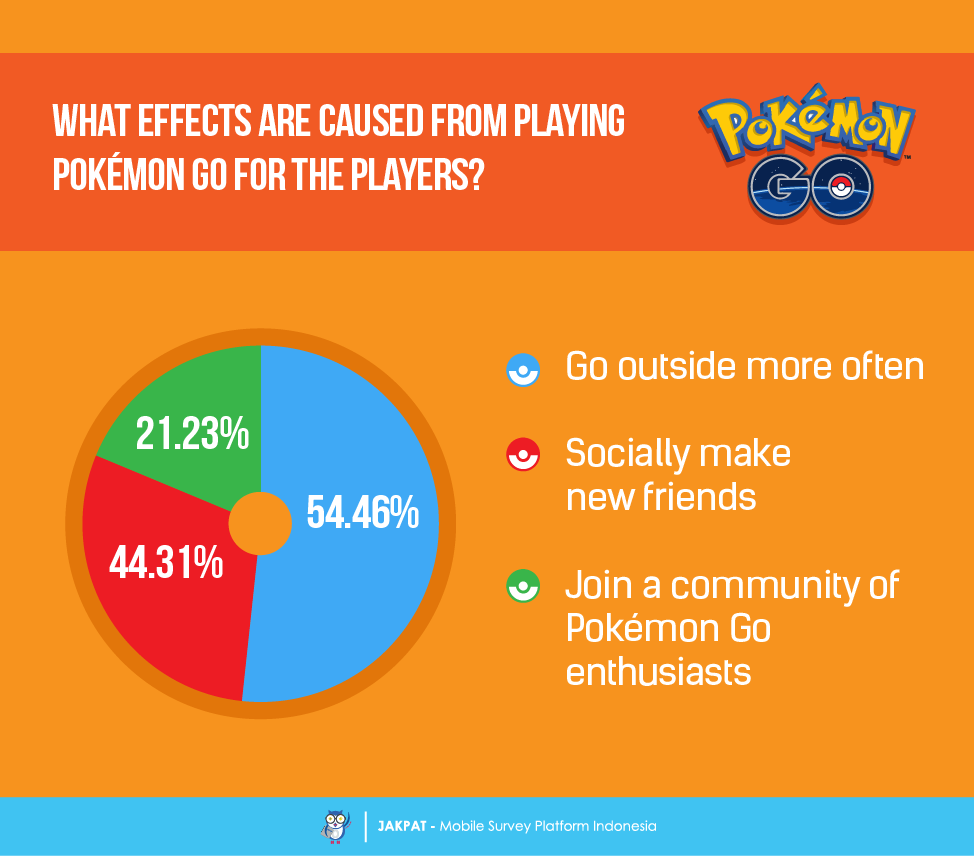 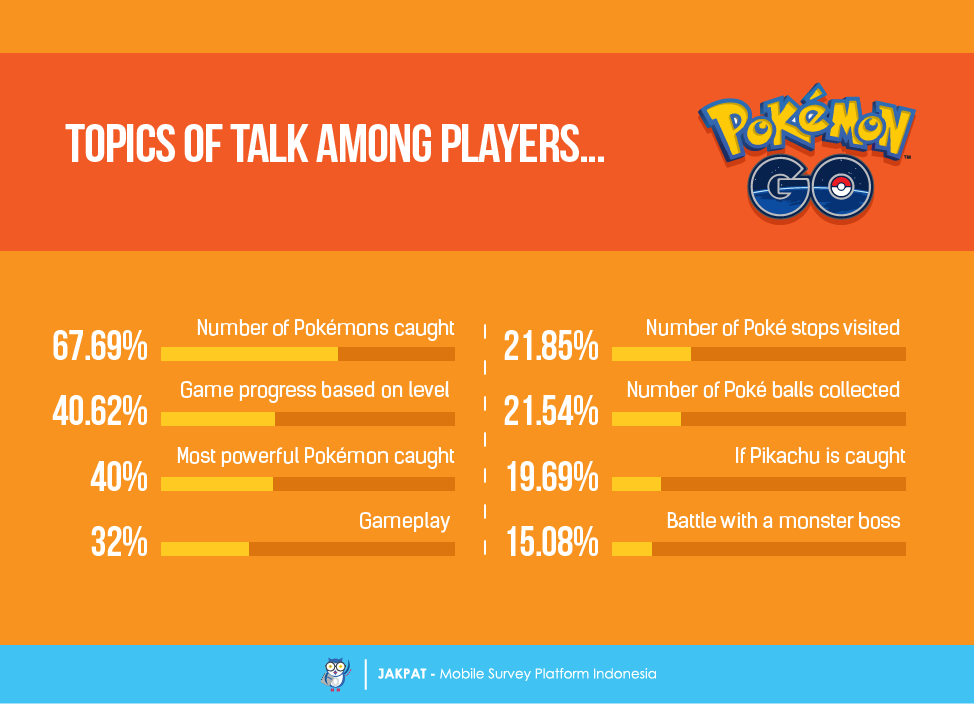 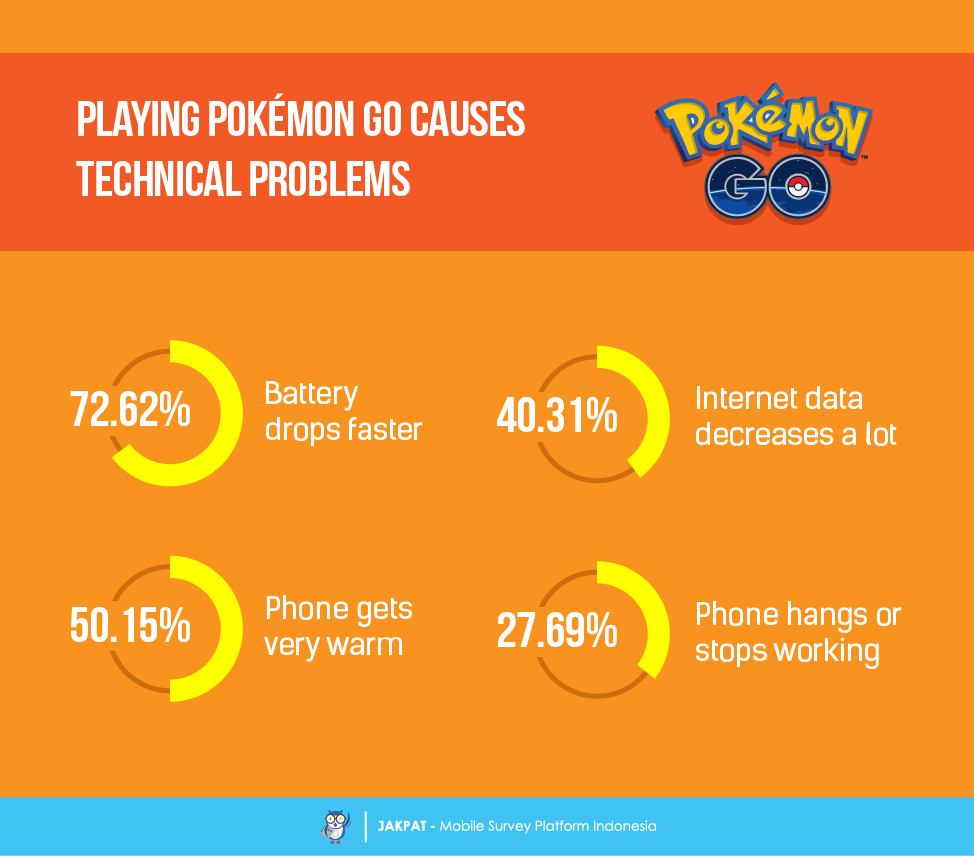 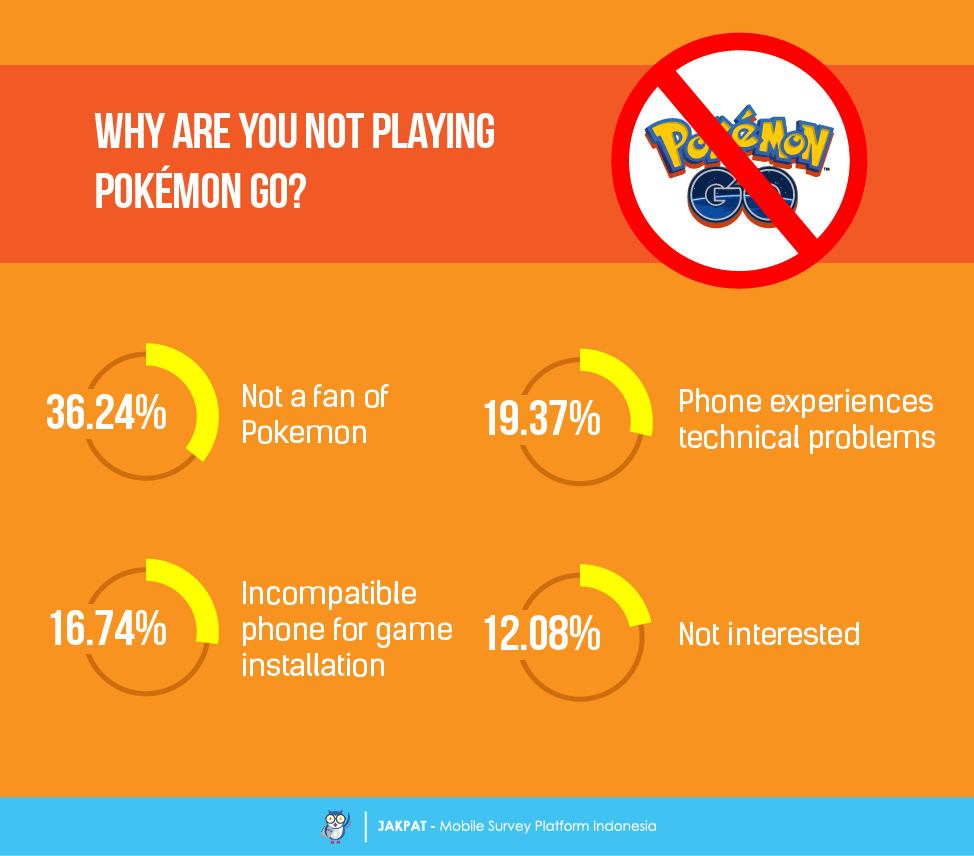 To end this article, we asked the respondents who are also not players of Pokémon Go, about their curiosity of the game itself. 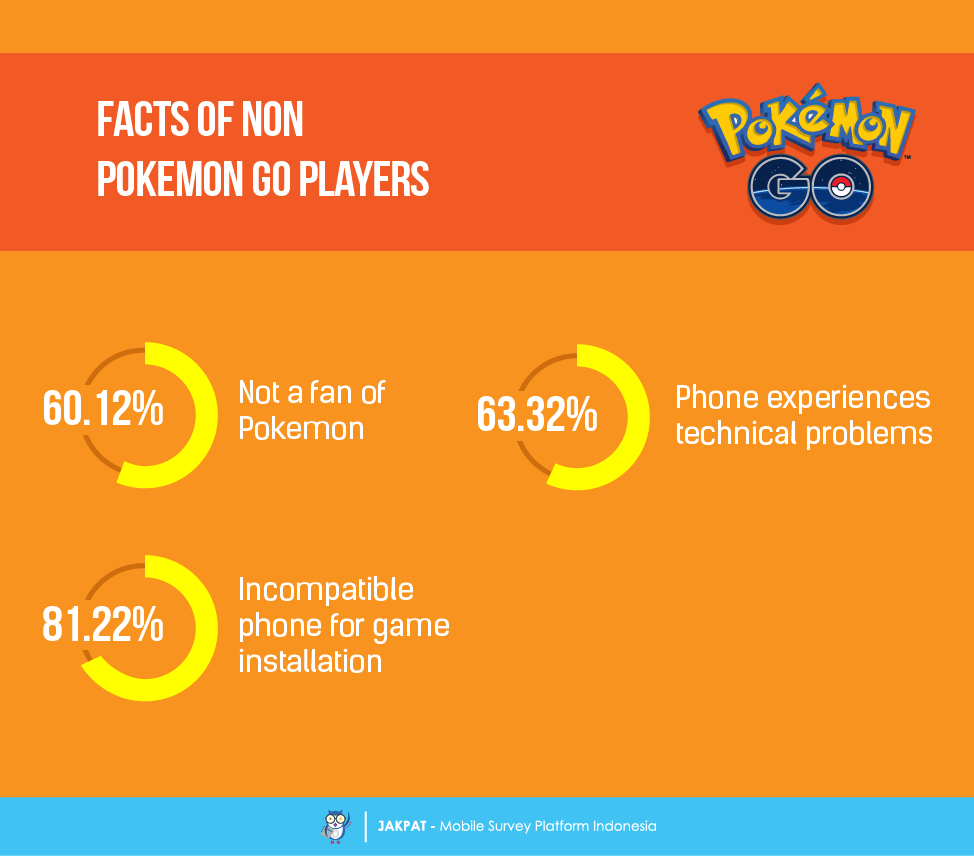 What we found tends to be negative. 60.12% of the respondents said that they do not wish to play the game even though they cannot, technically. 81.22% said they did not try playing the game on someone else’s phone. Also, 63.32% of the respondents do not watch online videos about how the game is played just to kill their curiosity about the game.