It’s widely known already that Instagram nowadays serves more than just as a social networking service that enables its users to share photos and videos. There are so many online shop accounts now that utilize Instagram as a business platform to promote their products, including the culinary ones. Recently, Jakpat has conducted a survey in order to see those food buyers’ preferences and habit. This survey involved 203 Instagram users from across Indonesia, in a range of ages from 1 to 35 year-old. First of all, apparently more than half (56%) of Indonesian Instagram users are following online shop accounts, with also more than half of them (61%) admit that they have bought some products via those online shop accounts. Those who have bought some products via online shop on Instagram are mostly consisted of users who have used Instagram since 2012 (20%), 2013 (23%), and 2014 (24%). 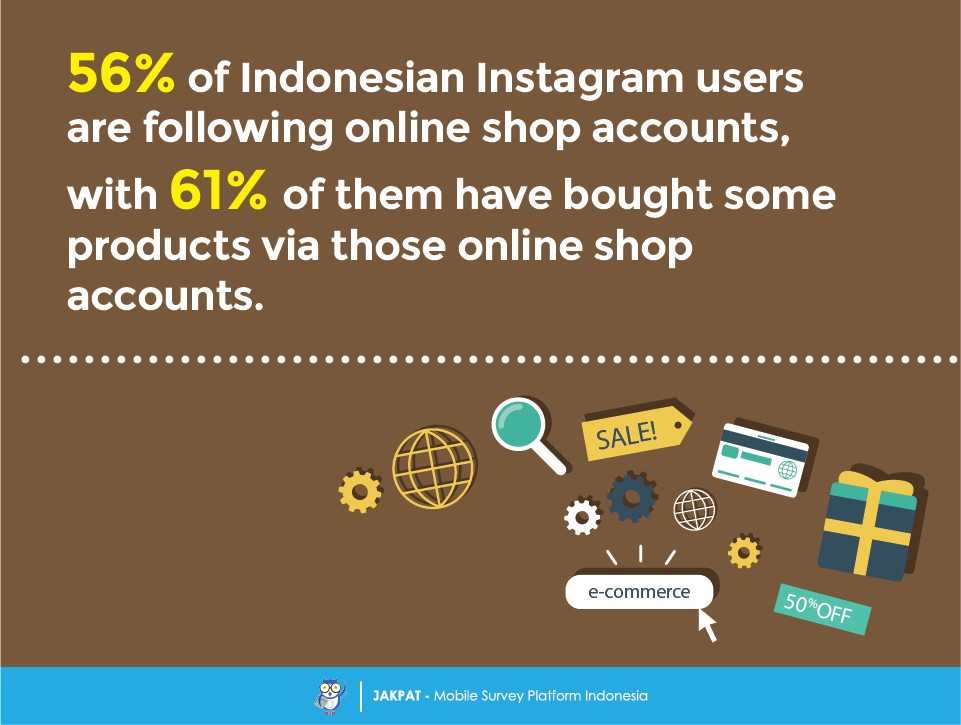 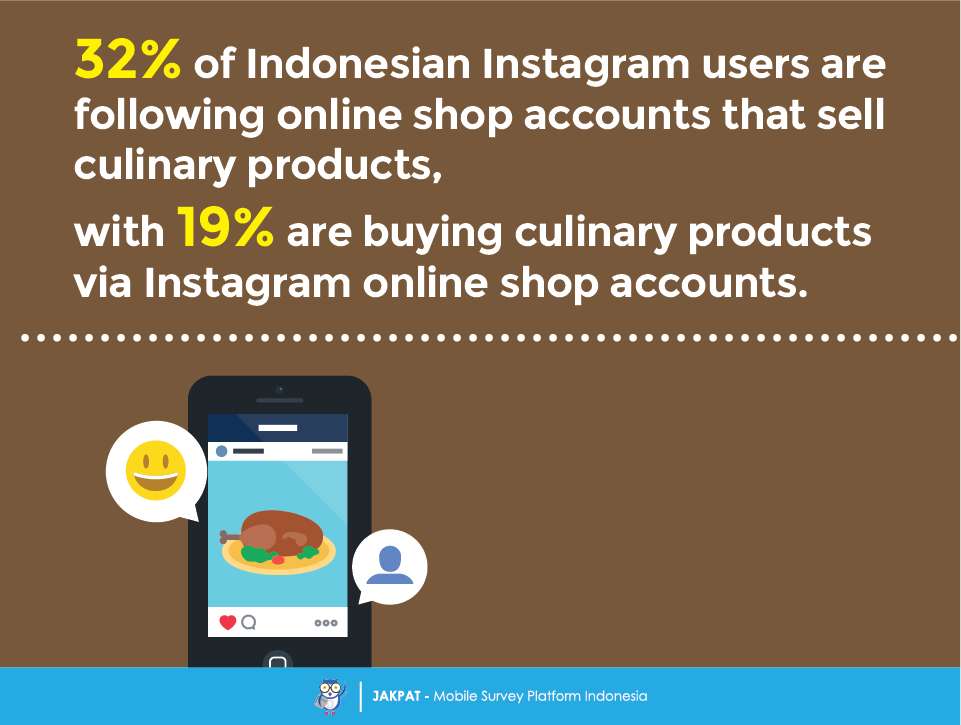 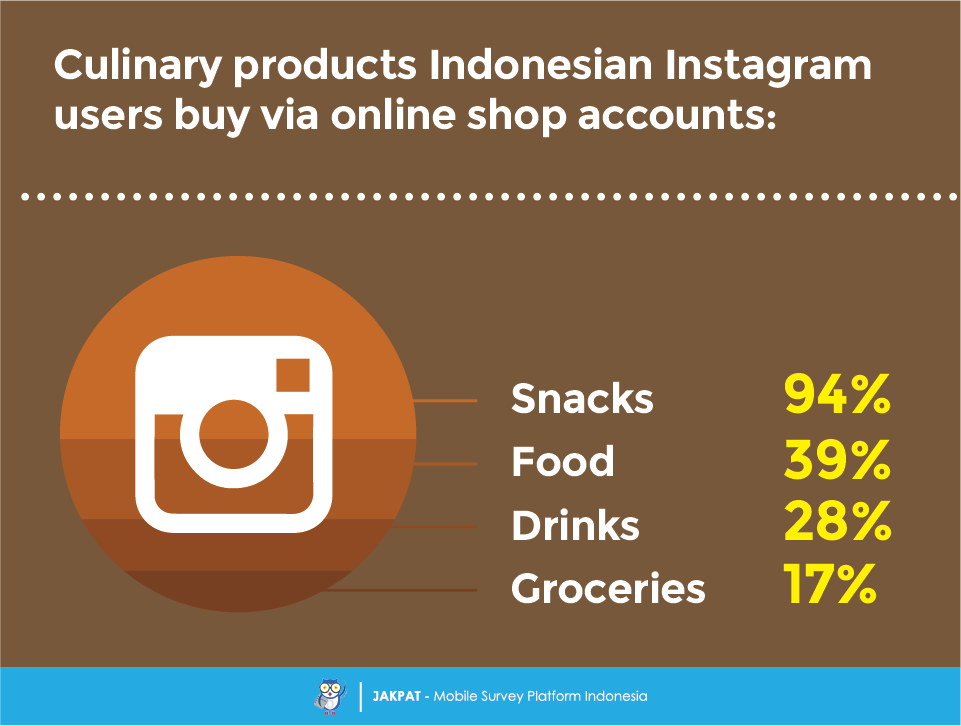 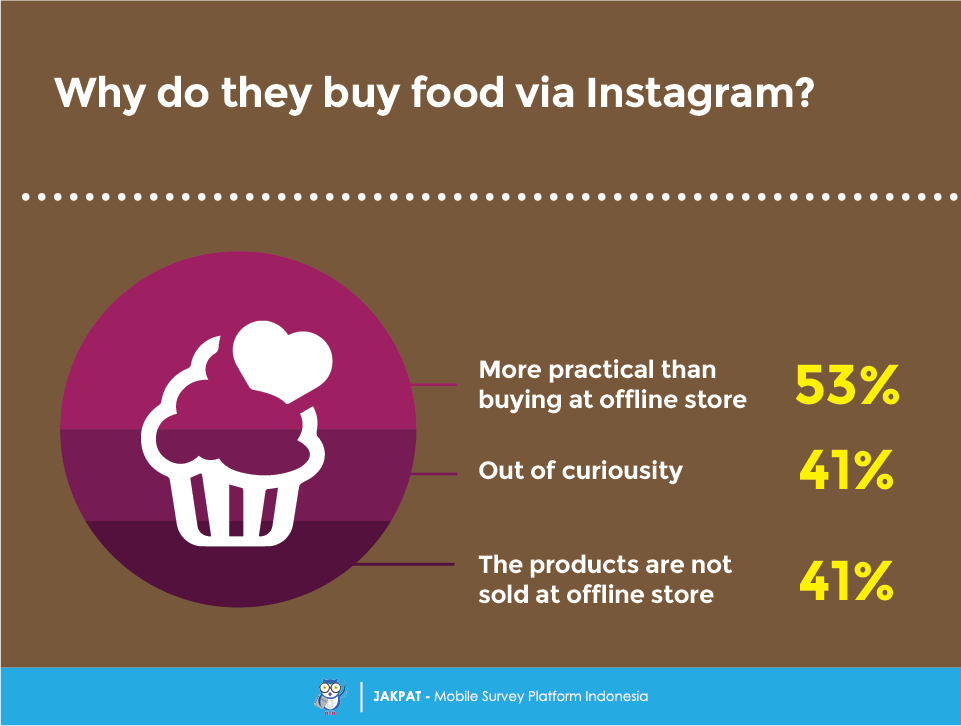 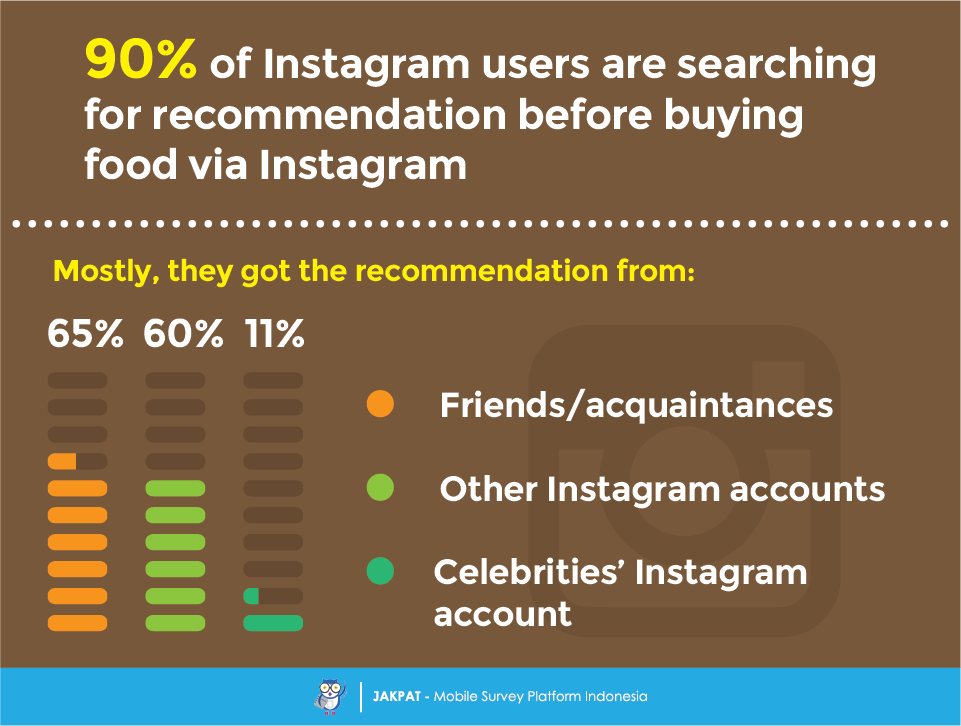 Regarding to the buyers’ satisfaction level, more than half of them (61%) admit that they are satisfied by the purchase they’ve done, while some of them (27%) are quite satisfied. There are a few of them (7%) who admit that they are very satisfied by the purchase they’ve done, but on the other hand there are also a few of them (5%) who are less satisfied. Furthermore, we also asked those Instagram users who haven’t bought food via online shop regarding to the reason why. Apparently, most of them (79%) admit that they still haven’t found any interesting culinary products to buy yet, while some of them (19%) state that they feel bothered by the online purchase process, therefore they prefer buying food at offline store. However, most of them (85%) admit that they have interest to buy food via online shop on Instagram sometime in the future. 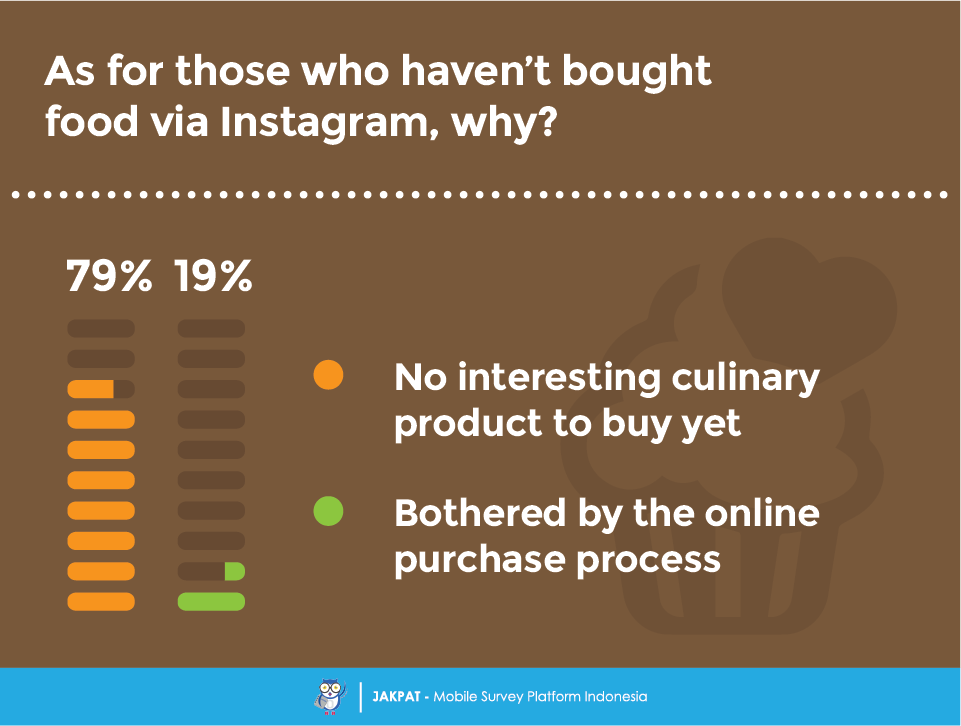 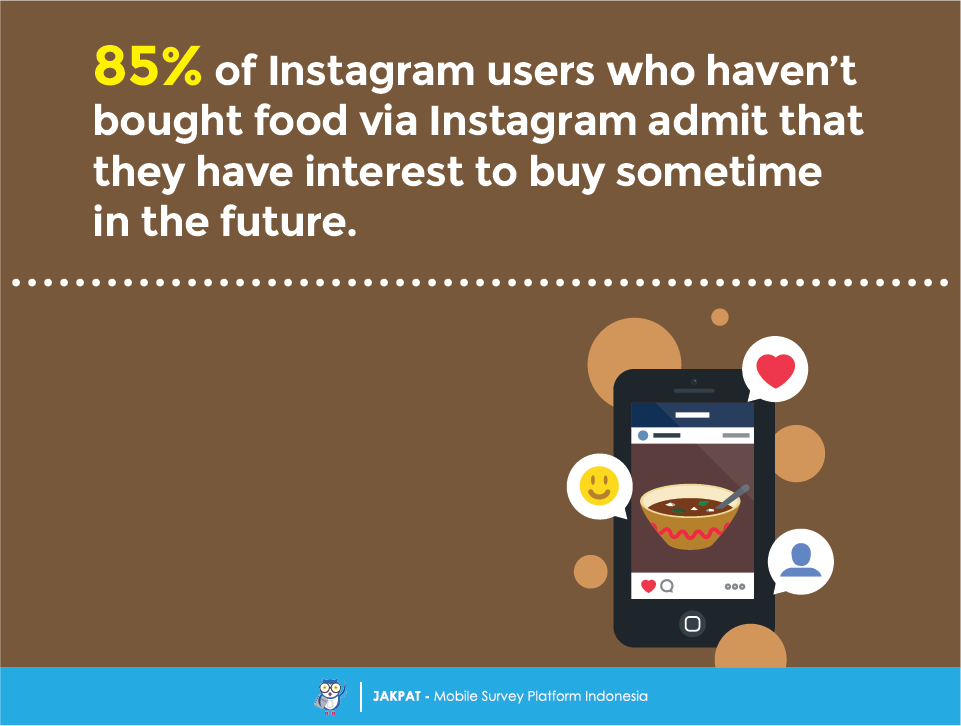