When you step out of your house, what do you take with you? Of course, you will take your keys, and perhaps your wallet. As well, you will probably take your phone with you wherever you go. People are attached to their phones, and this is because the phone could be more than just a communication device. It is also a tool to use for finding directions, taking pictures, listening to music and more. That means that if a phone gets lost, stolen or misused, there could be devastating consequences. Information could be leaked, scams could be made and important files may be erased.

Because losing one’s phone is a very inflables real concern, JakPat wants to know what people think about or are doing about mobile security to protect their phones and information. This survey report contains the responses from 506 respondents.

About 1 in 3 do not bother to lock their mobile device. cheap water trampoline Nearly three-quarters (74.41%) say that it is “too cumbersome to unlock their phones” every time they need to use it. A little more than a quarter (27.65%) have a more optimistic view and say that they are “not worried about anything happening to their phone.” About 1 in 10 say that they often forget their password, and a smaller percentage (6.47%) say that even with a password lock, their phone can still be unlocked if it is stolen. 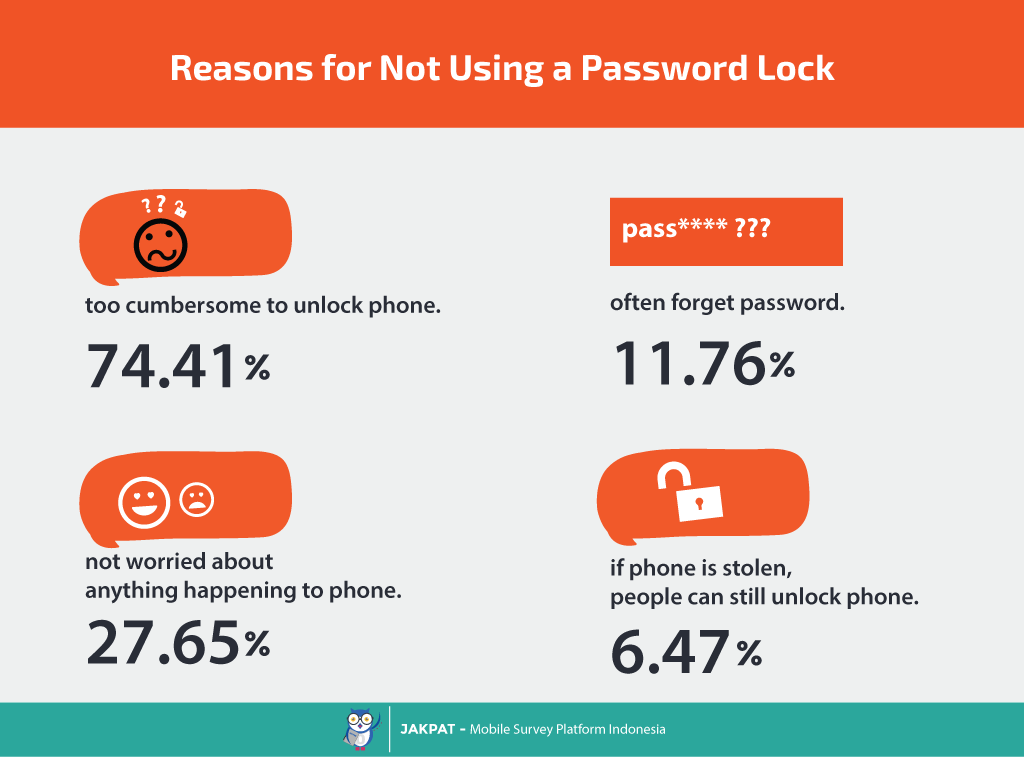 That said, most people do use a PIN or password to lock their phone. The trend is similar across age groups – about 2 in 3 have their phones locked. Of that group, 1 in 4 change their password regularly for greater protection. 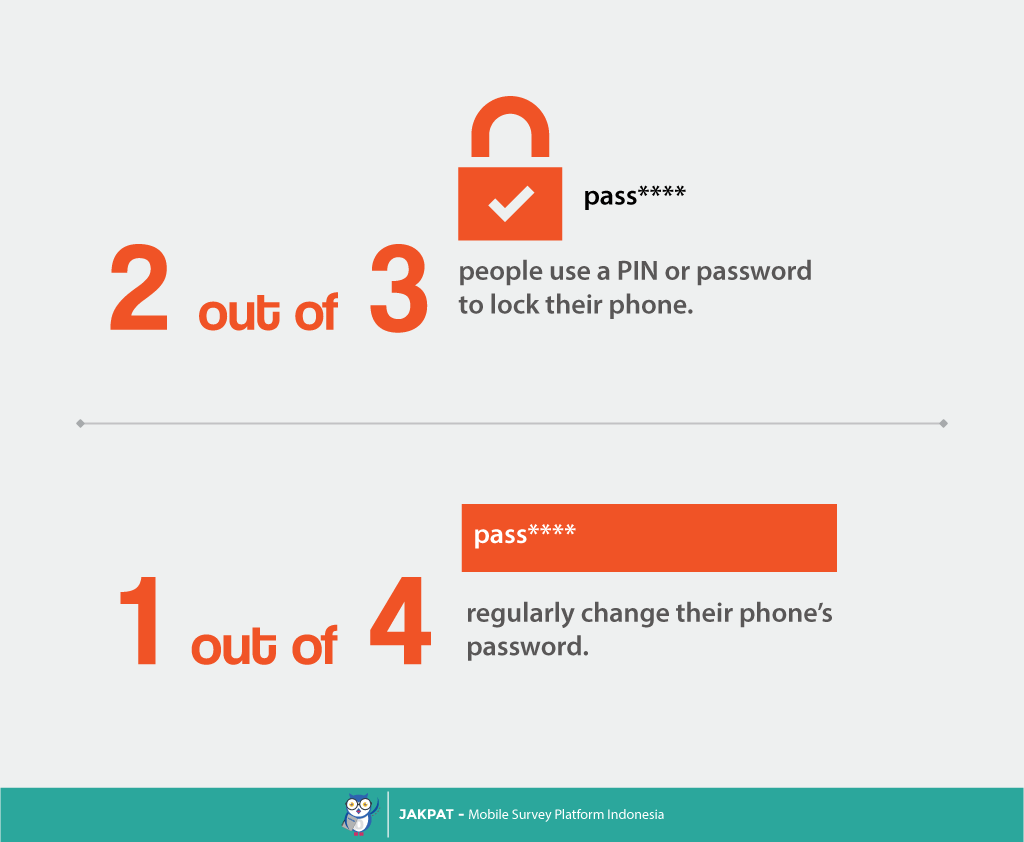 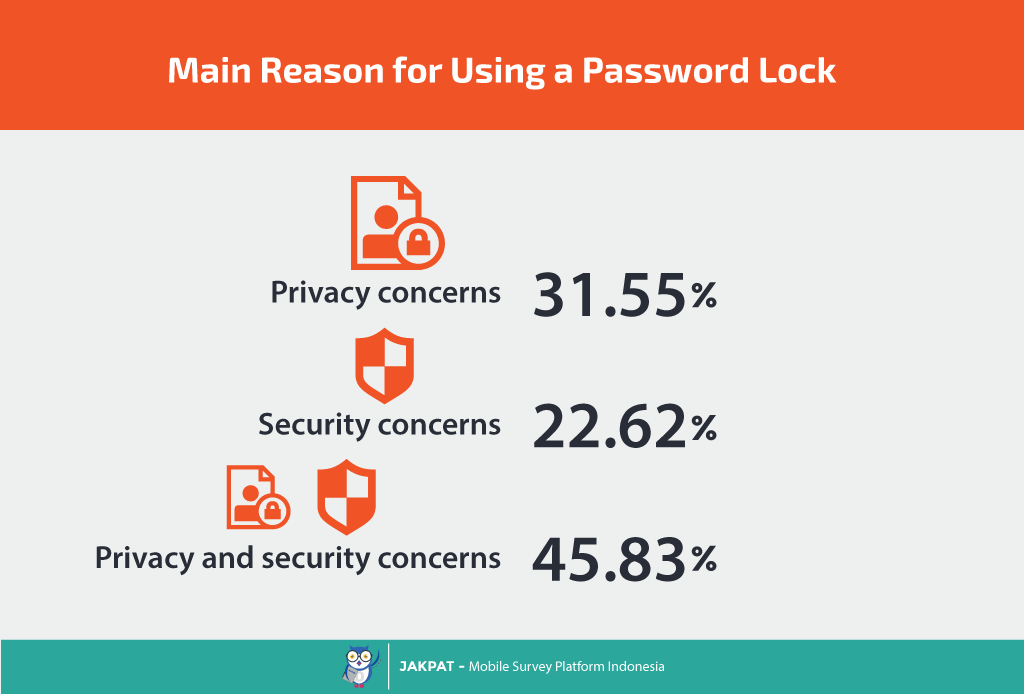 The majority of phone owners do allow someone else access to their phones. When asked who else knows their password, less than a third (32.44%) say that they are the only one who knows. Nearly a quarter (23.21%) share their password with 3-5 people and a fifth (20.25%) share it with 1 other person. 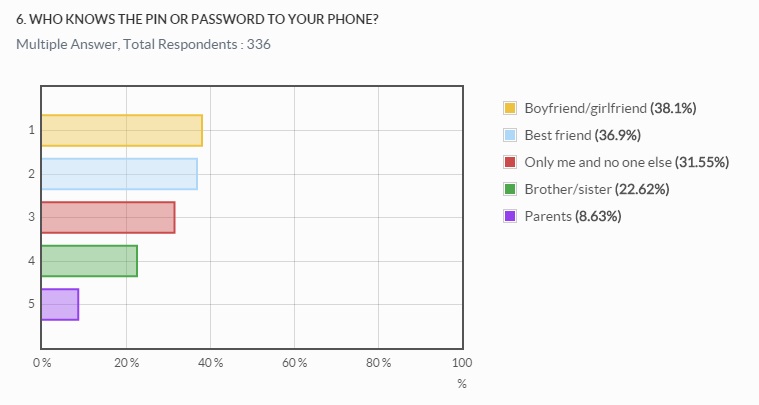 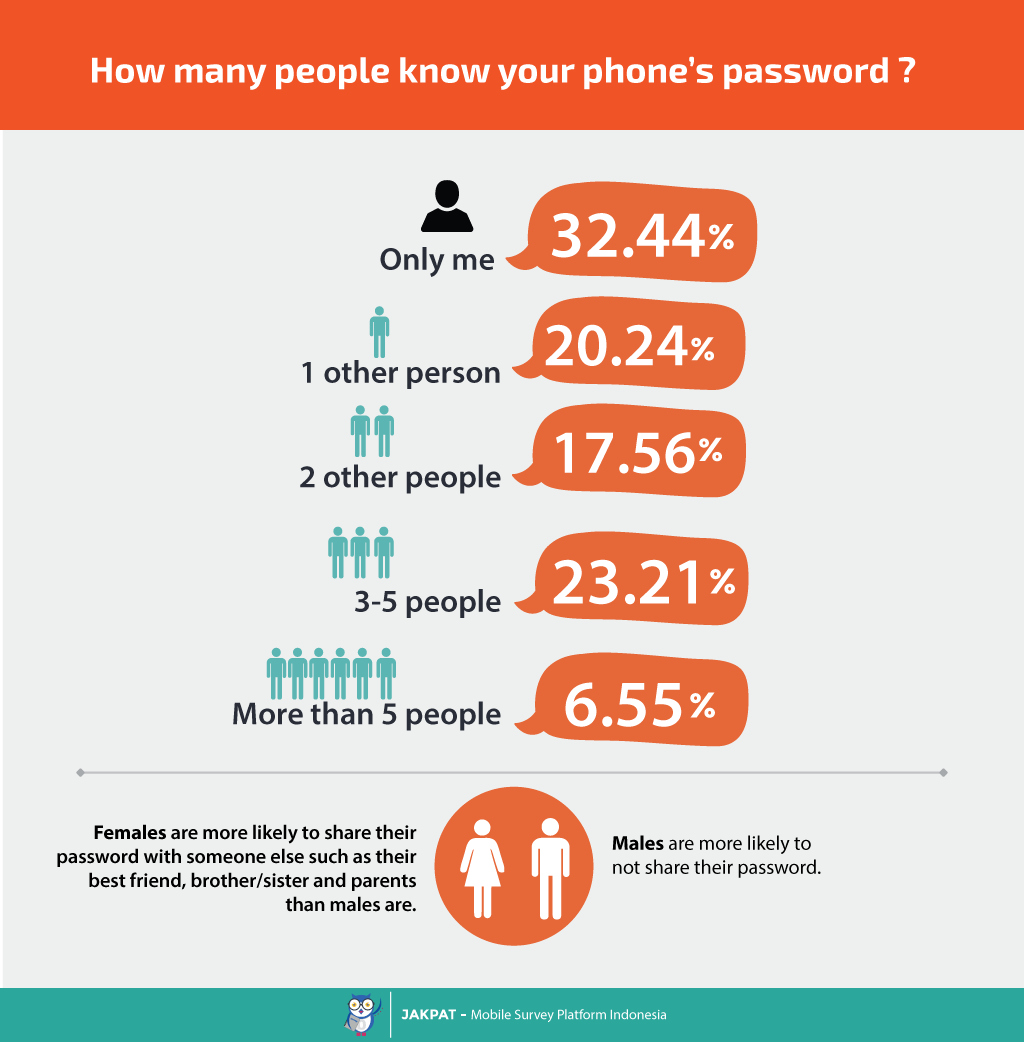 Losing one’s phone is a very real fear. More than half of respondents (55.93%) worry about “losing or getting their phone stolen.” However, a good percentage (41.5%) remain optimistic and believe that “there is a very small chance of that happening.” Females are much more worried about losing their phone. 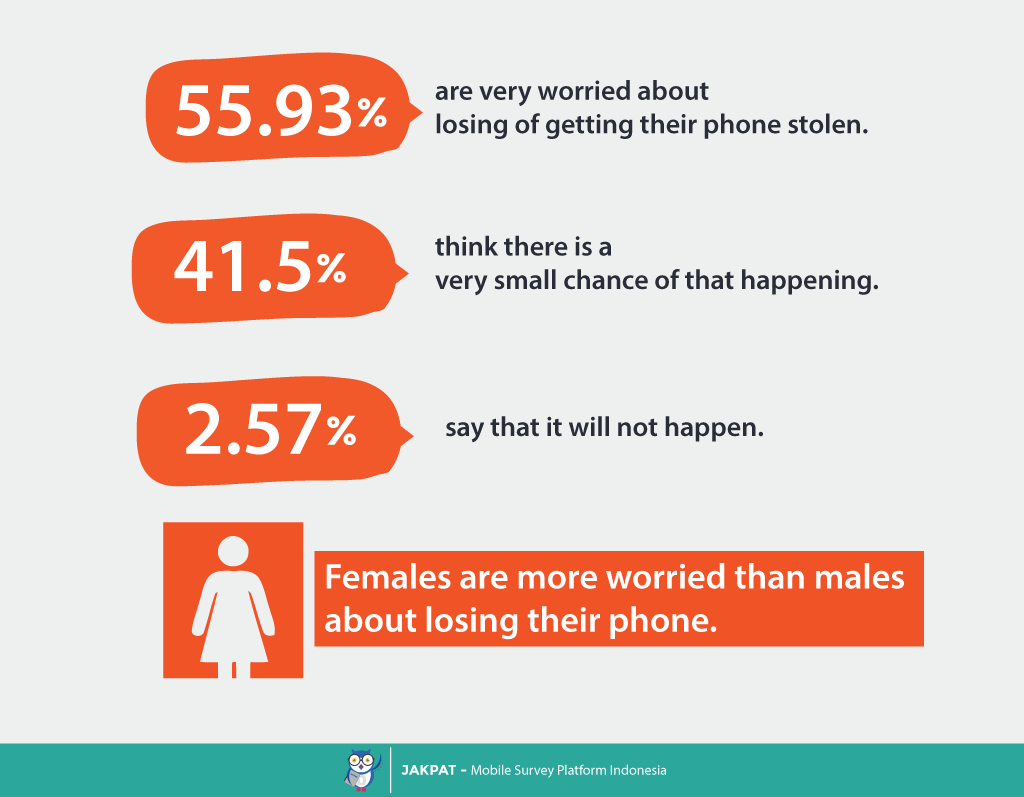 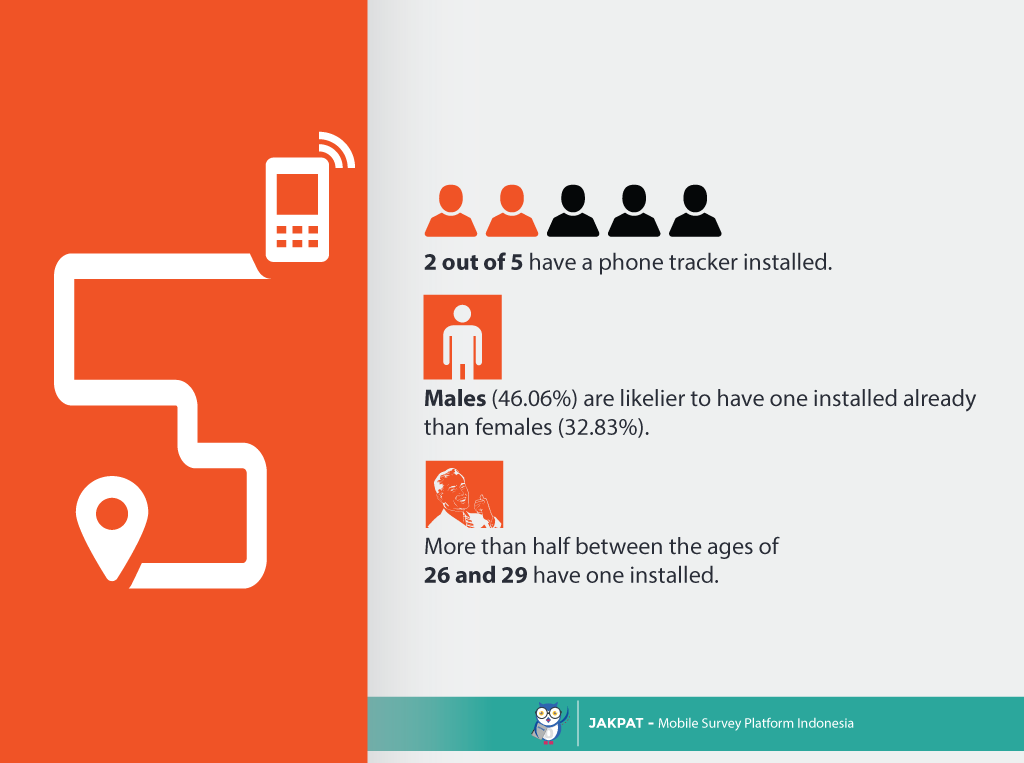