Previously, we already discussed smart home, and now we want to discuss smart city. Actually, what is smart city? According to Wikipedia, smart city has many definitions, thus it is rather difficult to define precisely. According to Deakin, smart city is city utilizes ICT (Information and Communication Technologies) to meet the demands of the market (the citizens of the city), and that community involvement in the process is necessary for a smart city. Here, it shows that involvement of people and city cannot be separated to build smart city.

Well, how are our respondents’ expectations towards smart Inflatable water slide for sale Canada city? Here, JAKPAT conducted a survey to our respondents in some cities: Jakarta, Bandung, Yogyakarta, Surabaya and Makasar. This survey involved 722 respondents, from 17 to 35 years old. Here are their answers.

1. DO THEY KNOW SMART CITY? 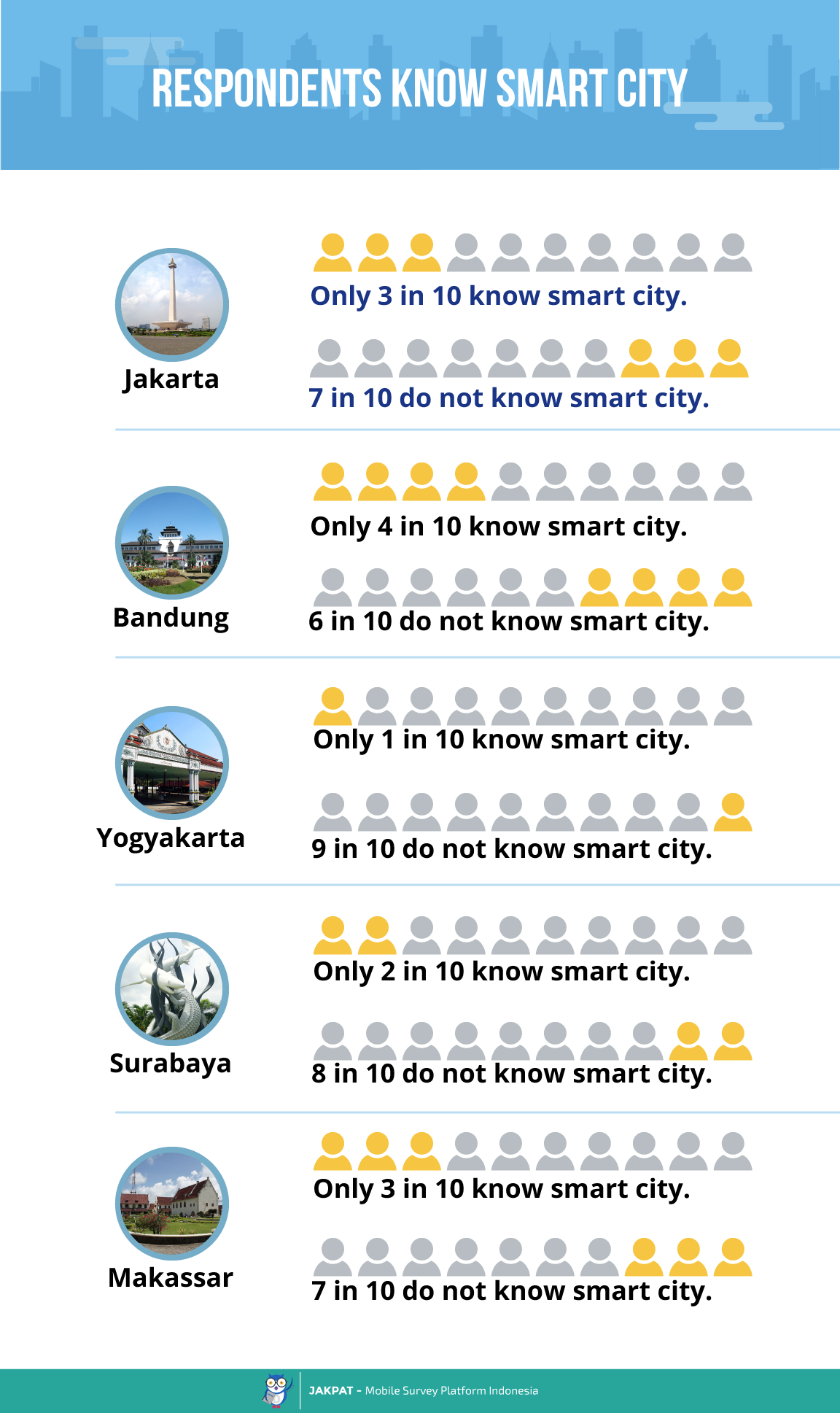 In those cities, we found that most respondents do not know smart city. As we can see from the infographic, those respondents knowing smart city are below 50% in every city. It shows that respondents are less aware of smart city.

2. PROBLEMS IN THEIR CITIES

3. HOW NECESSARY ARE THESE PROBLEMS TO BE AIDED BY IT SYSTEM OR SMART SYSTEM?

We used a grid question to know respondents’ answer regarding the necessity of IT system or smart system assistance in the city. We gave some problems here, and then respondents choose the answers. For the infographics below, here is the legend: 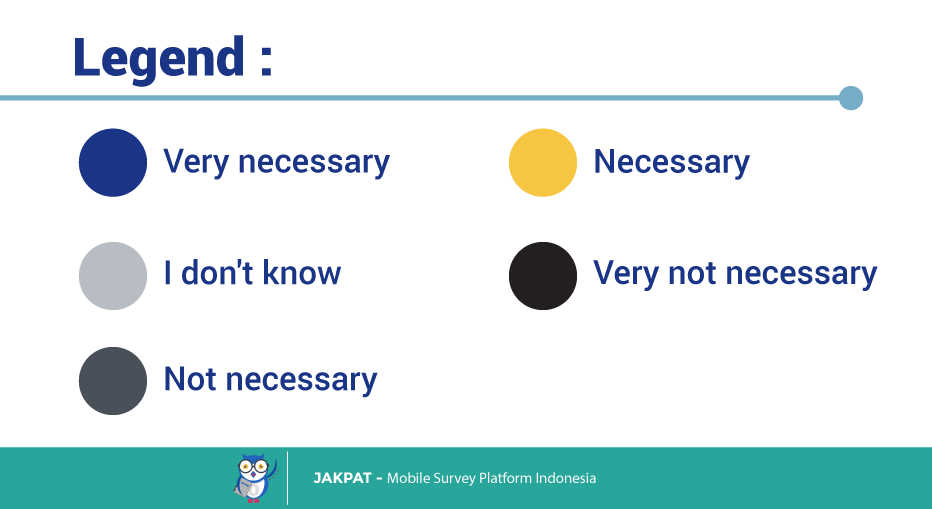 In Jakarta, security problem in the city is the most necessary problem to be aided by IT system or smart system than traffic problem or sanitation. Then, it is followed by public transport problem and traffic problem. It may be caused by the robbery case in Jakarta, so many of respondents think Jakarta lacks of security.

Majority of respondents in Yogyakarta also feel that security is the biggest problem and has to be aided by IT system or smart system. Other problems besides security are health, public transportation and traffic.

4. HOW GOOD THE PERFORMANCE OF THE GOVERNMENT IN THOSE CITIES IS 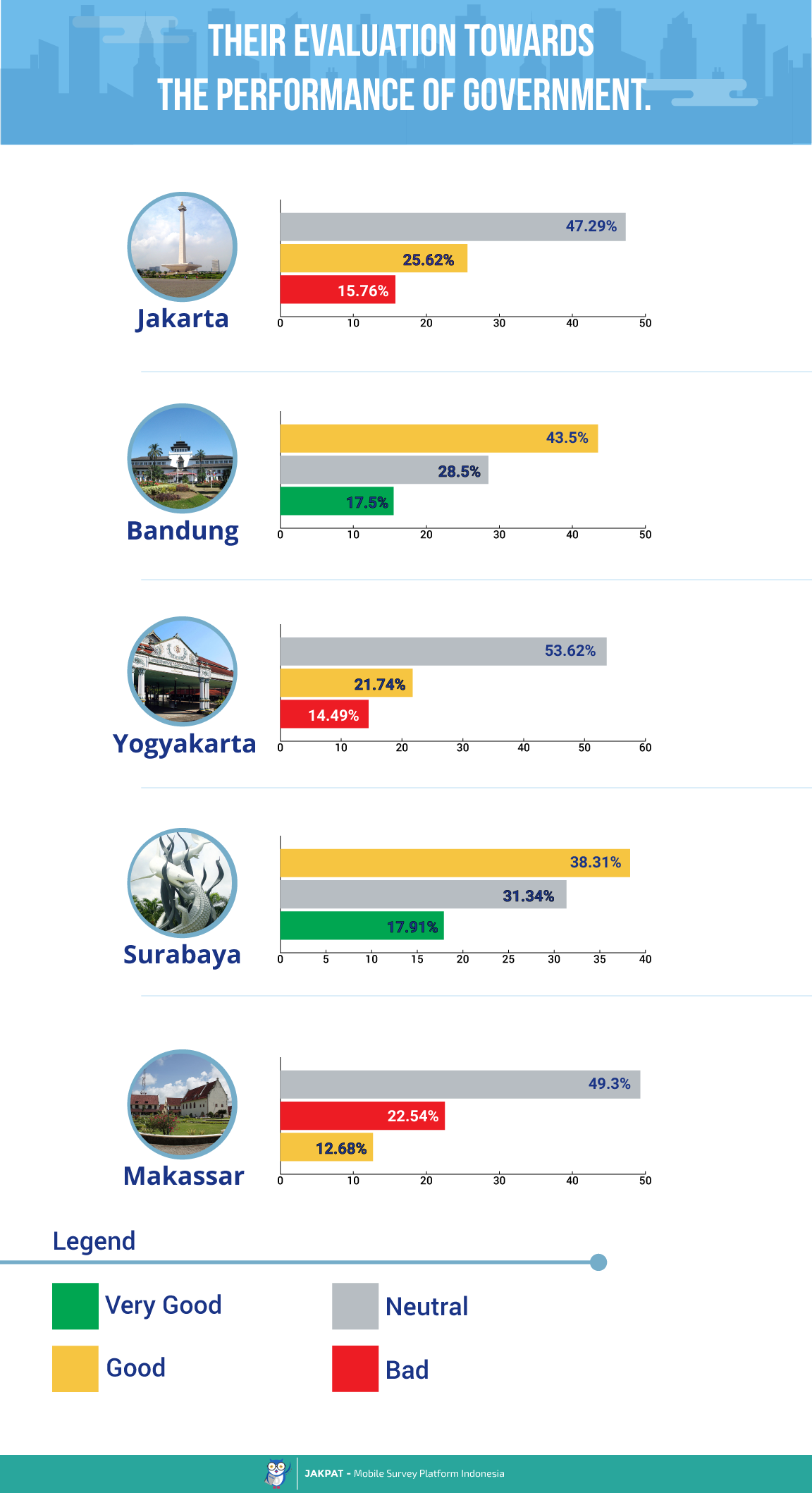 5. WHAT APPS/SYSTEMS WILL MAKE THE CITIES BETTER? 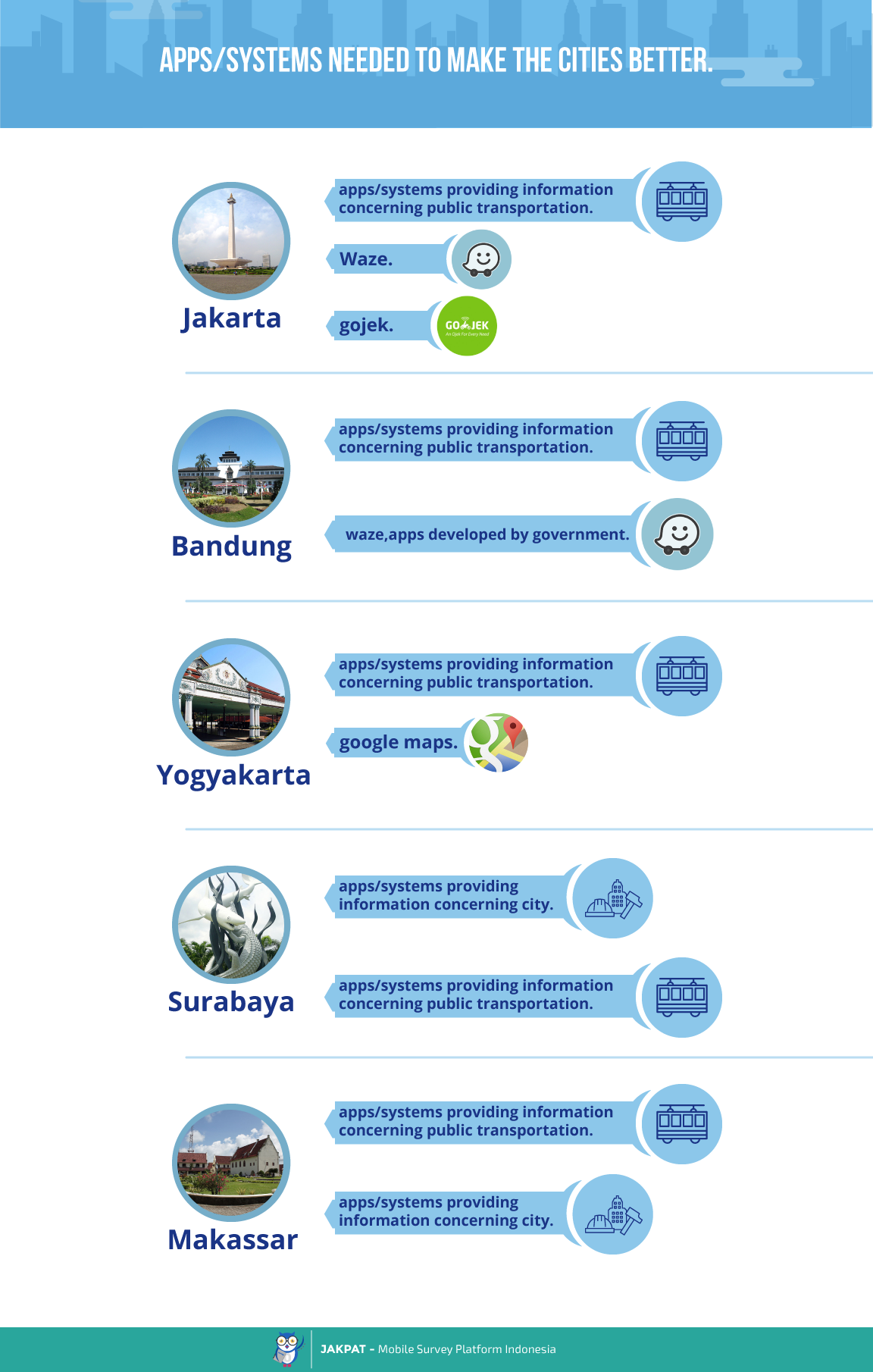 Here, we also asked the respondents to give some suggestions regarding the apps or systems will be needed to make the cities better by using an open ended question. Respondents can write all their suggestions here. After filtering the answer, we got some major answers given by respondents mentioning some apps/systems.

Similar to Jakarta, most respondents in Bandung think apps/systems providing information concerning transportation will make Bandung better. Other suggestions are waze and apps developed by the government.

In Yogyakarta, the need of apps/systems providing information concerning public transportation is high. Besides those apps/systems, respondents think google maps will be helpful for making Yogyakarta better.