Who has never selfie? Everybody does selfie, both old and young. Famous people such as President of United State of America, Barack Obama and former President of Indonesia, Susilo Bambang Yudhoyono had been caught by media doing selfie.According to Wikipedia, selfie itself is a term of self portrait photograph. Images tagged as #selfie began appearing on the photo-sharing website Flickr as early as 2004. But it was the introduction of smartphones – most crucially the iPhone 4, which came along in 2010 with a front-facingcamera-that made the selfie go viral (taken from http://www.theguardian.com/technology/2013/jul/14/how-selfies-became-a-global-phenomenon). Because selfie has become global phenomenon, Jakpat wants to know about Indonesian selfie habit. This report survey contains the responses from 1955 respondents. 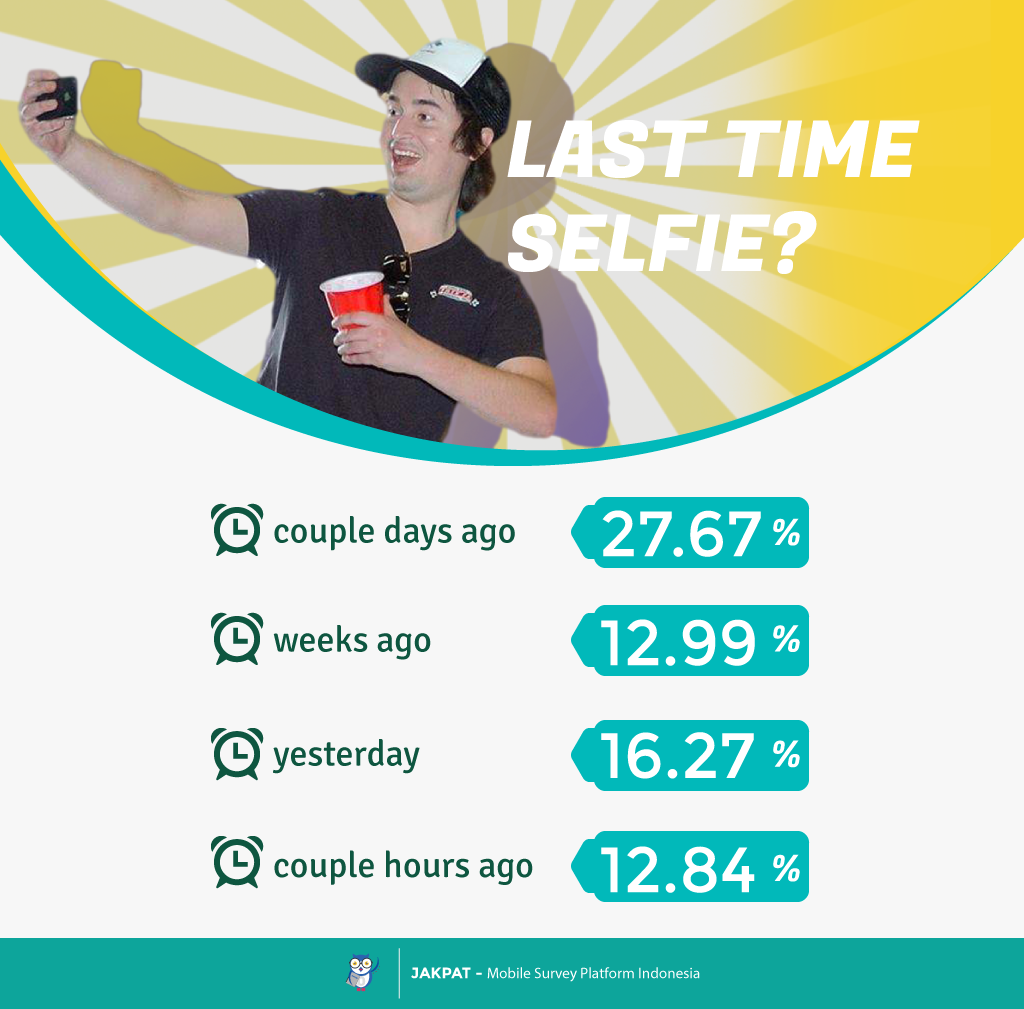 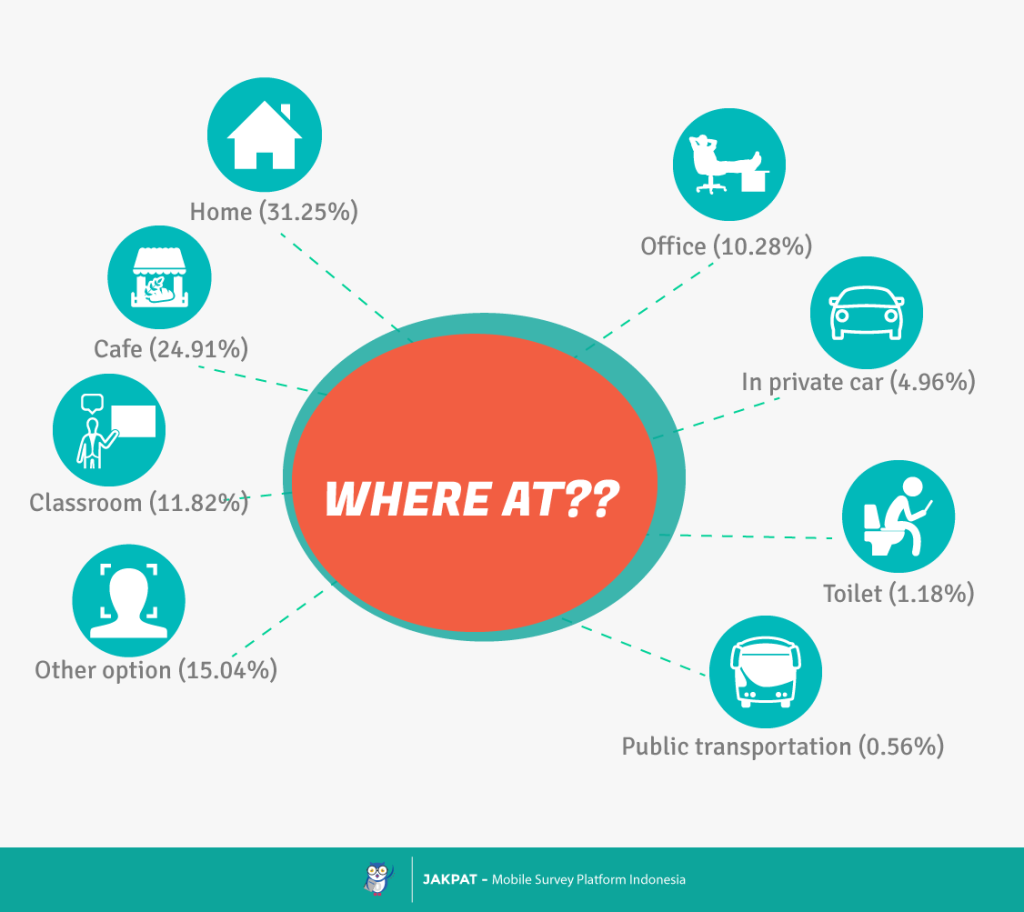 Tool for doing selfie, smartphone become the most widely used tool (70,97%). Besides that, 15,06% of respondents use tongsis or selfie stick to do selfie. 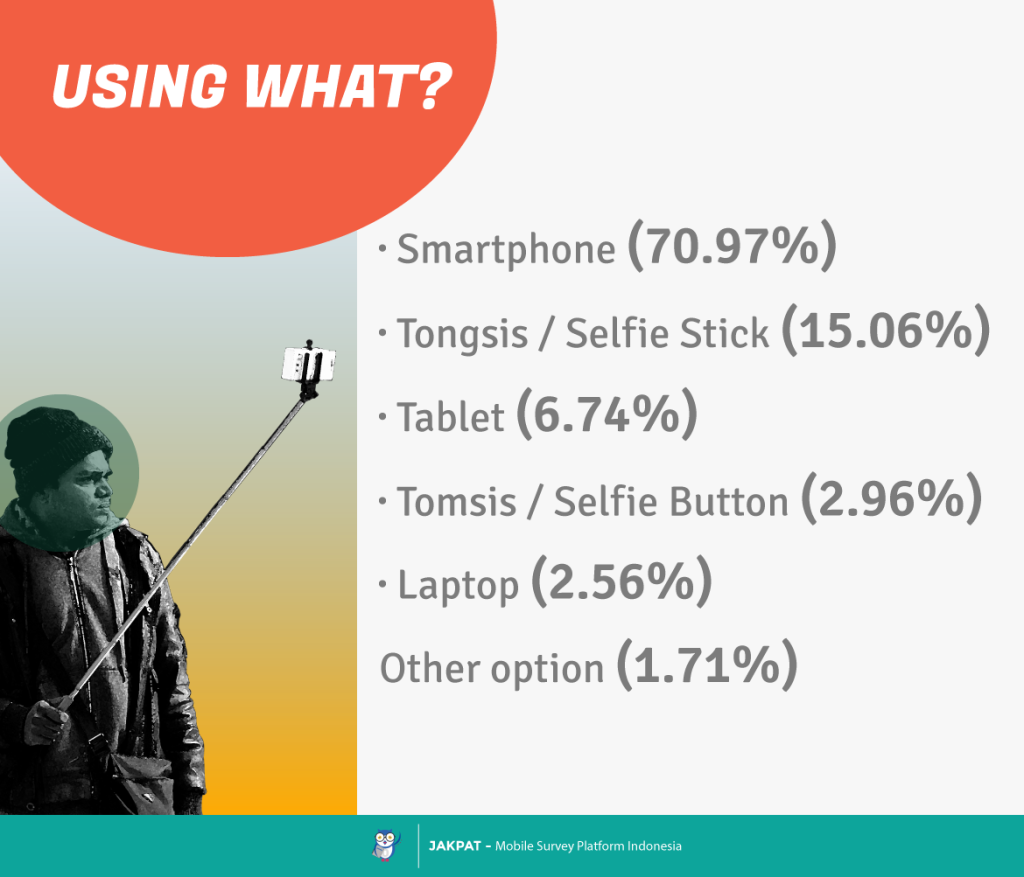 To get the maximum result, people often take a selfie with application help. When we asked, what the application they oftenly use for selfie, 32,88% of respondsents use camera360, instagram (13,15%), Cymera (8,47%). Otherwise, respondents who admitted not using any application for selfie as much as 32,84% 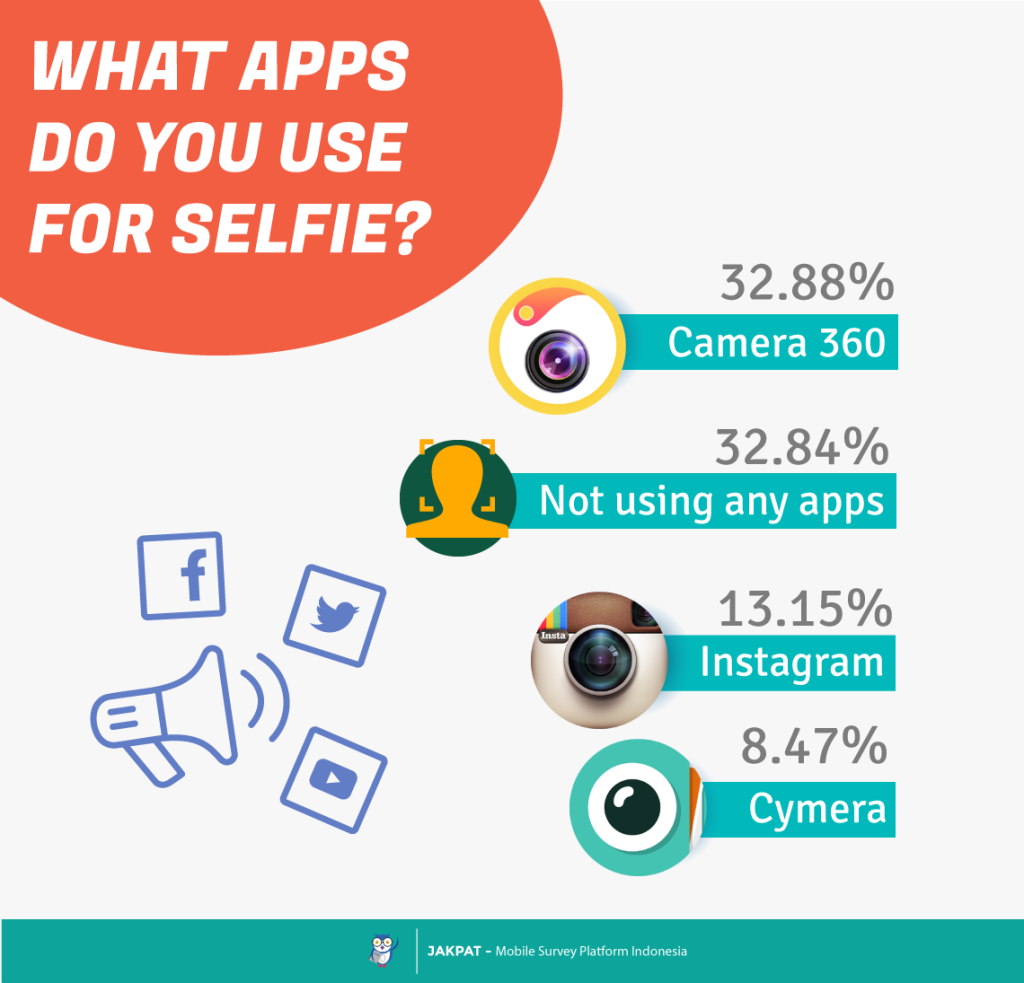 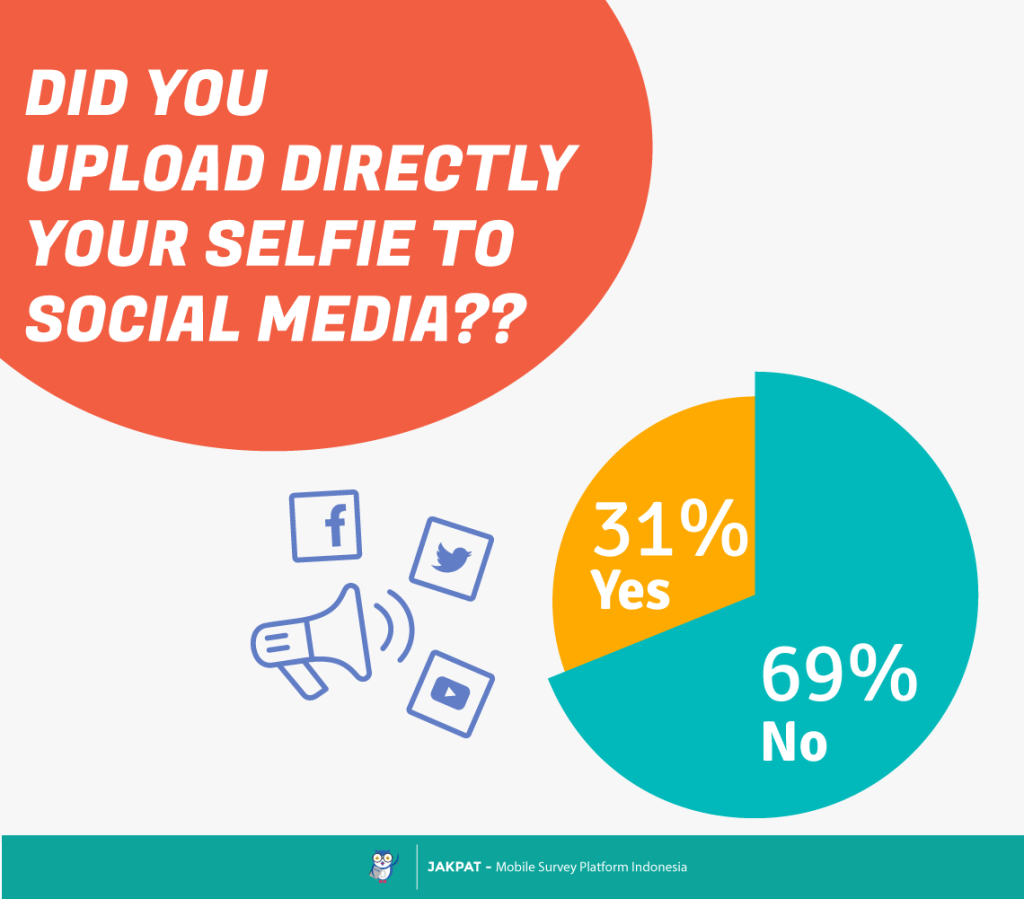 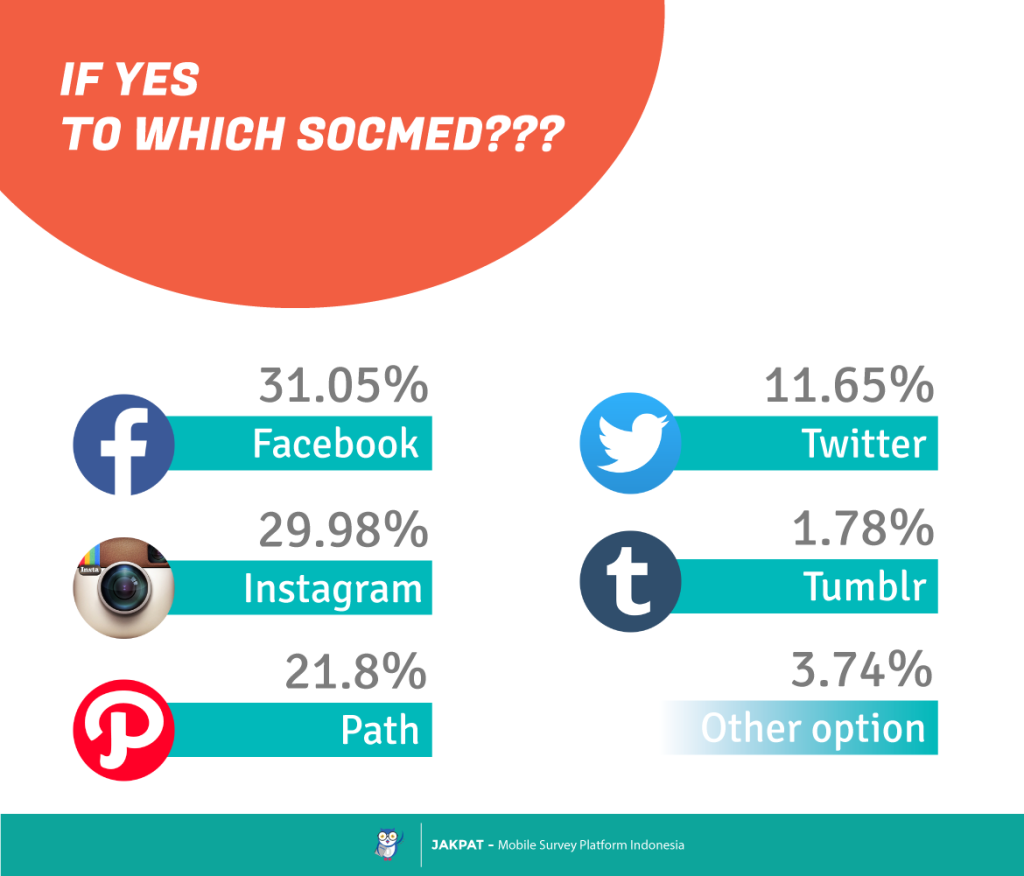