Bullying has become more dangerous nowadays. In the older days, bullying would come in the form of face-to-face taunts and physical contact. Today, parc gonflable pas cher bullies are now able to hide behind computer screens and user names to bully others. In many cases, this cyberbullying that takes place can lead to severe consequences that result in students needing to move schools or some taking their lives.

We asked 501 Jakpaters up to age 19 about their views on cyberbullying.

One in 3 respondents say that they have been a victim of Water trampolines Costco cyberbullying. However, most of them did not report the  crime (84.43%). As a result, it means that most parents and teachers do not know that these teenagers have been cybebullied. 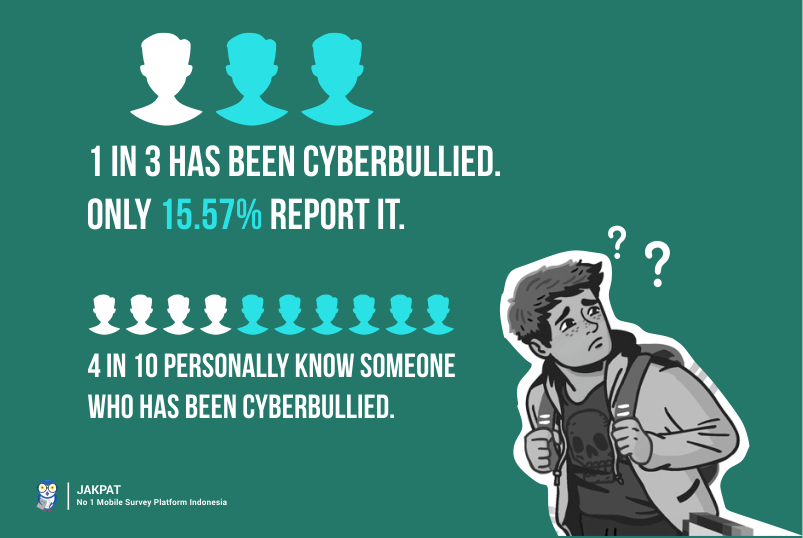 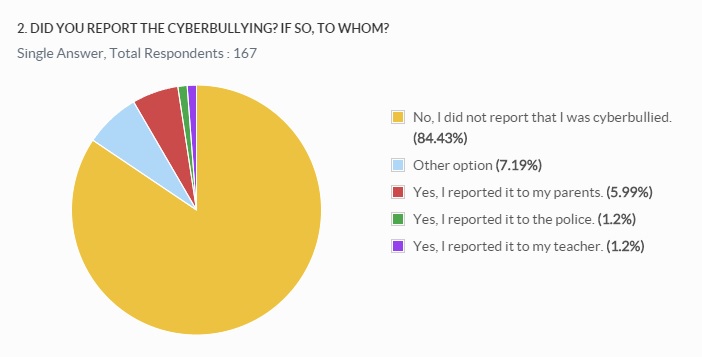 When asked what cyberbullying is, teenagers say castillos hinchables that it is when a student bullies another student on the internet (73.85%). Nearly half say that cyberbullying includes rumors being sent by email or posted on social networking sites (47.31%). 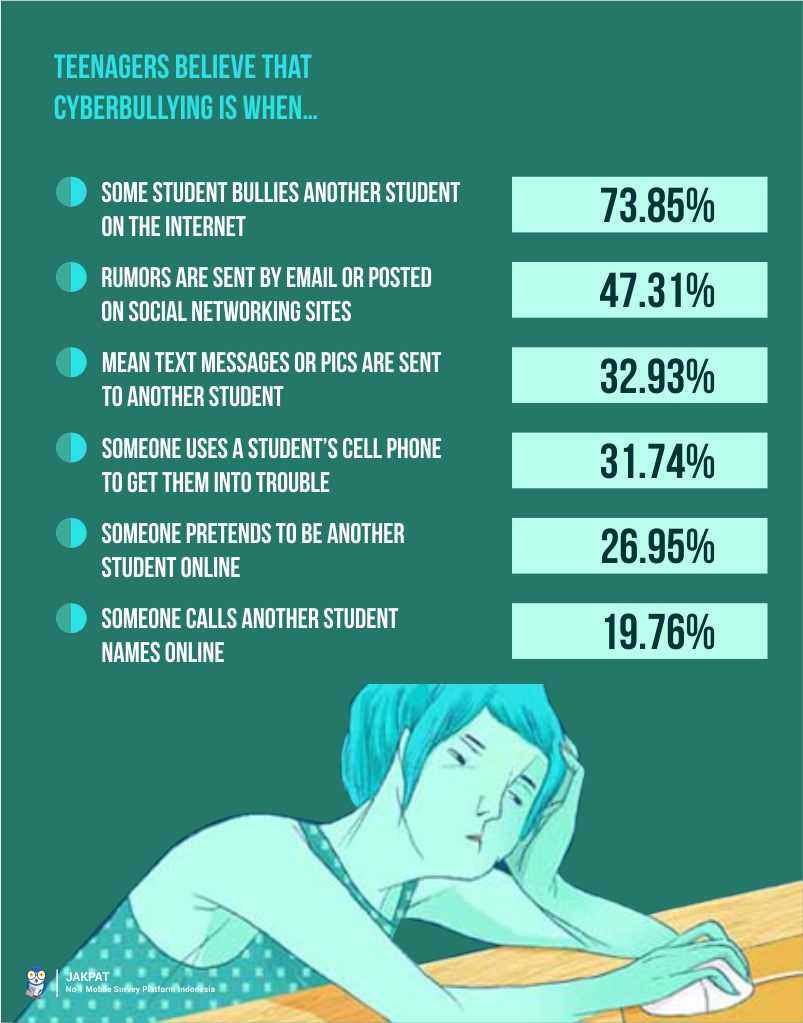 However, there is something important to know. One in 10 respondents does not know what cyberbullying is exactly. 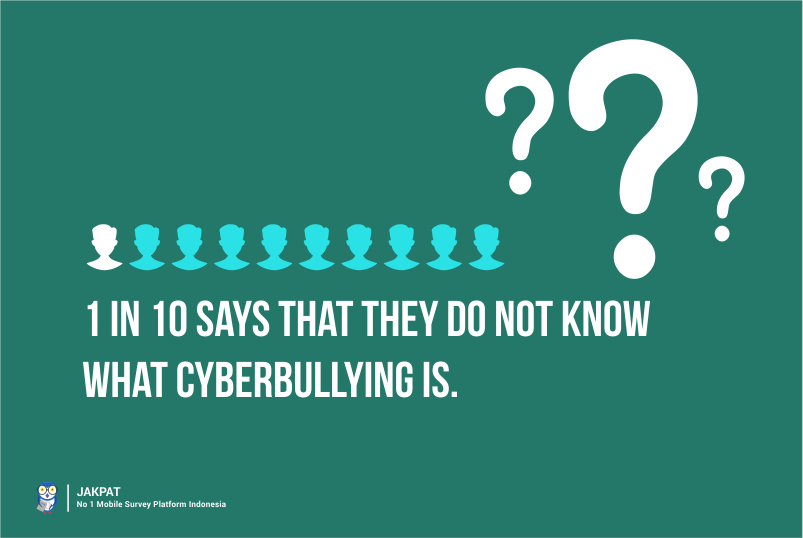 In addition, it can be unclear what counts as cyberbullying exactly. Some respondents say that people have said mean things to or about them online, but they do not consider it cyberbullying (15.97%), and almost the same number (15.17%) say that they have said mean things to others online but those were not cyberbullying because they were only jokes.What is important to know is what jokes are only funny if they are perceived that way by the perceiver. 11.38% of teenagers tell us that they have sent a joke to someone previously, but the receiver interpreted it as cyberbullying. 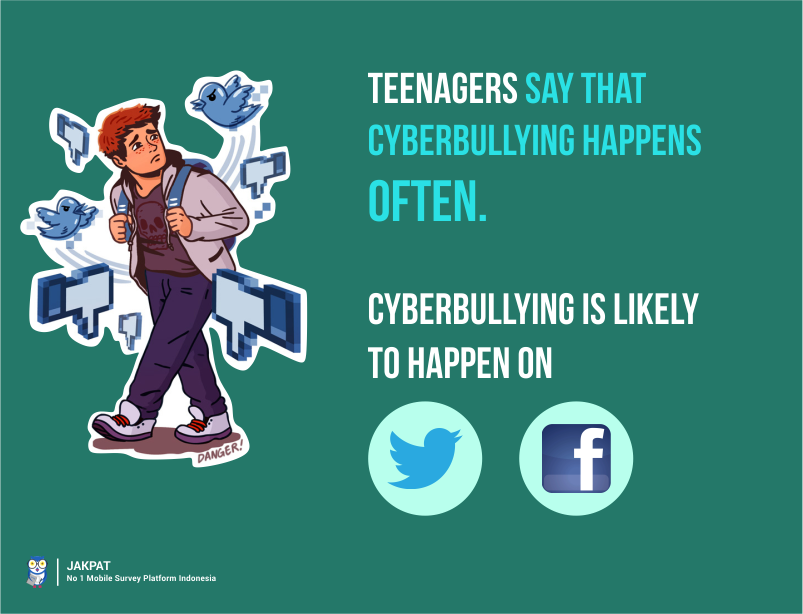 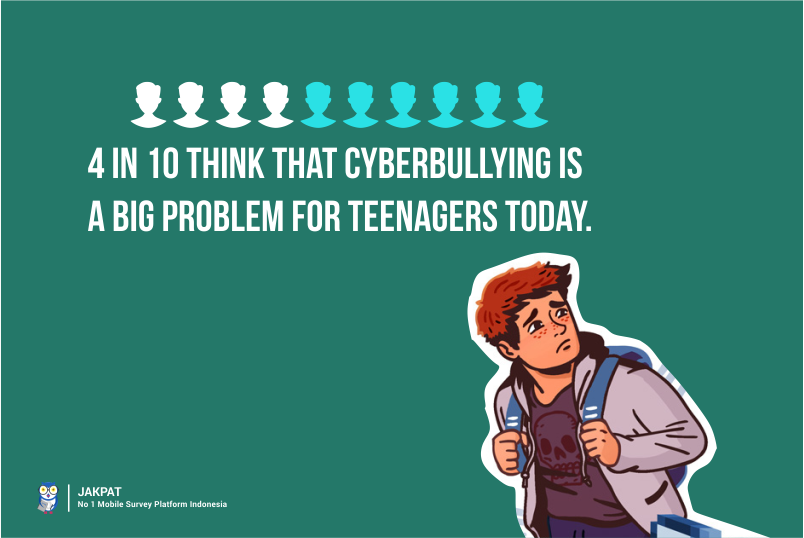 And if you’d wish to send a survey to JAKPAT’s respondent, let’s request a Sales Quote here!

If you’re interested to do survey on retail and consumer goods field toward our respondents, we have over 31,000 mobile respondents ranged from age 17-50 years old, smartphone active users, and located in all regions of Indonesia that has installed our app and readily answering your survey. Those 31,000 respondents has been verified, profiled, and continuously tracked to make sure you get the updated profiles of them. Our respondents has been profiled based on their demographic (age,gender,location, spending level, profession,religion), lifestyle habit (smoking/non, gamers/non, wearing glasses/non, frequent flyer/non, online shopper/non), and also brand consumption level ( brand A users, brand B users in FMCG, Retail, E-commerce,etc).

If you want to do research toward our respondent, please signup here and directly create your survey there. Or directly contact our Bizdev - partner@jajakpendapat.net.