The advancement of information and communication technology has brought some significant changes toward human’s everyday life. In this what-so-called as digital era, human’s activities regarding to communication and information have been going online, from major activities such as communicating with other people and gaining any kind of information, until simple activities such as reading news. Recently, Jakpat has conducted a survey in order to see Indonesian preferences and habit regarding to news consumption in their everyday lives. This survey involved 425 respondents from across Indonesia, with a range of age from 16 to 45 year-old. 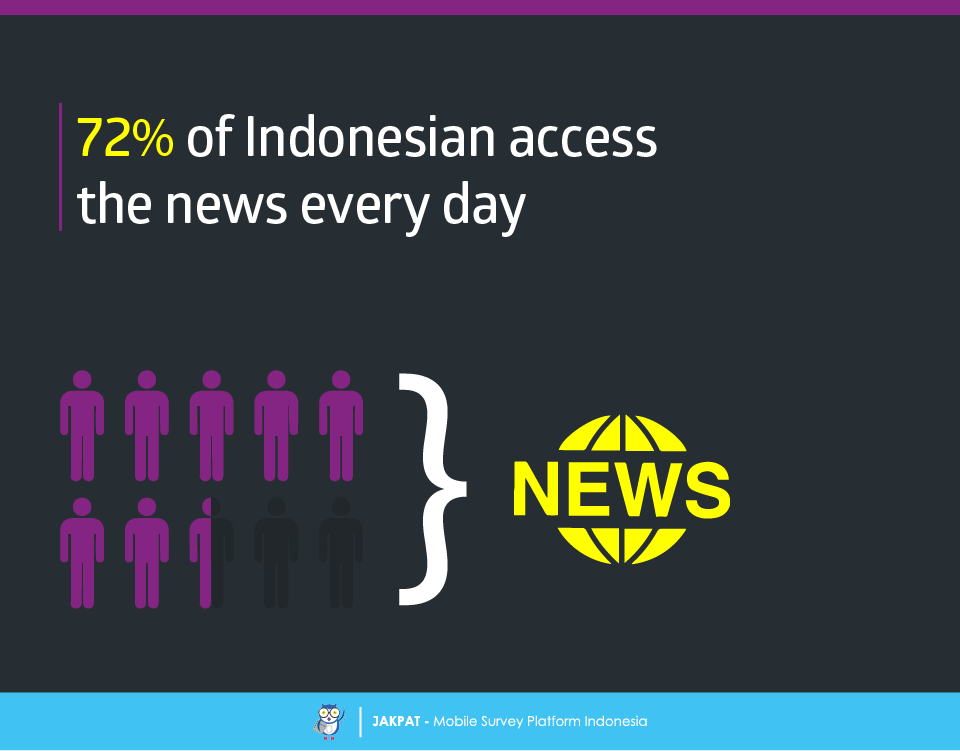 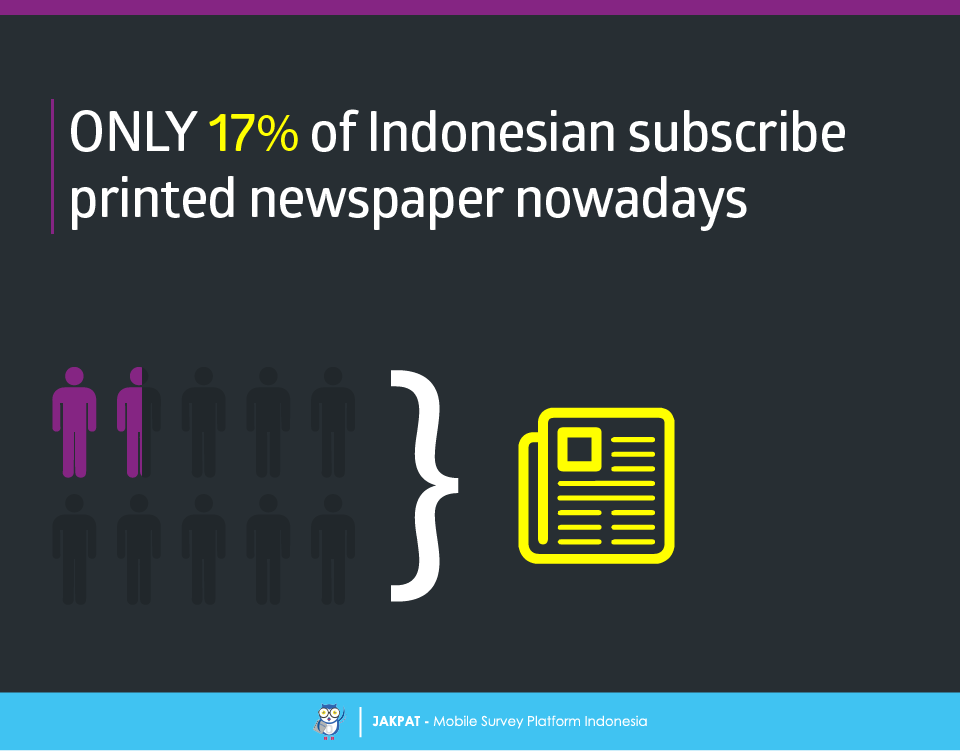 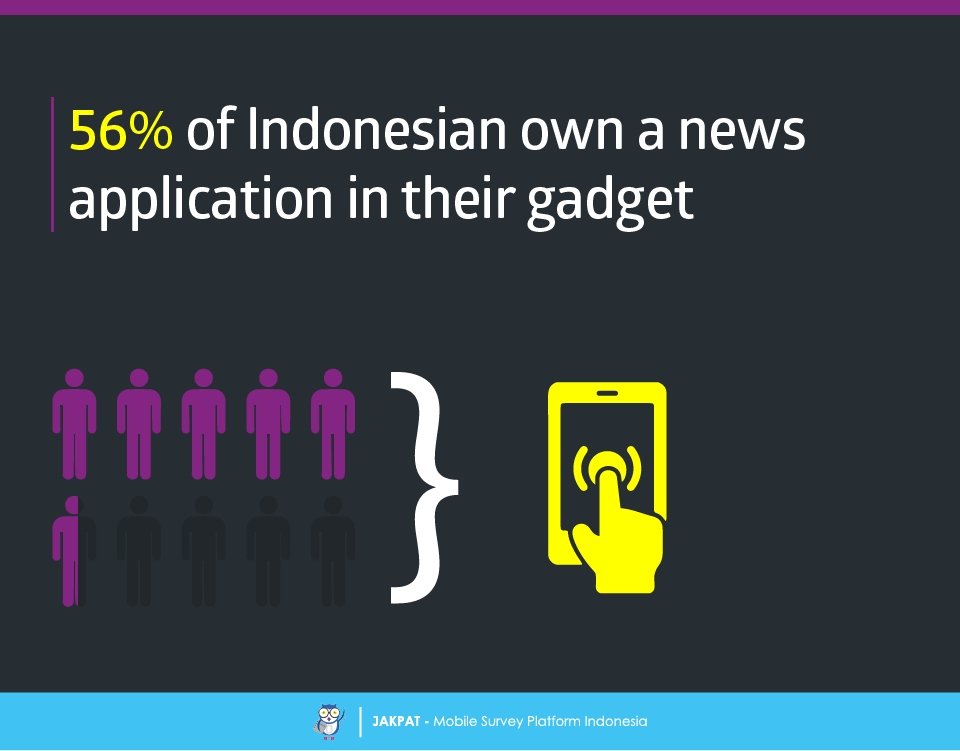 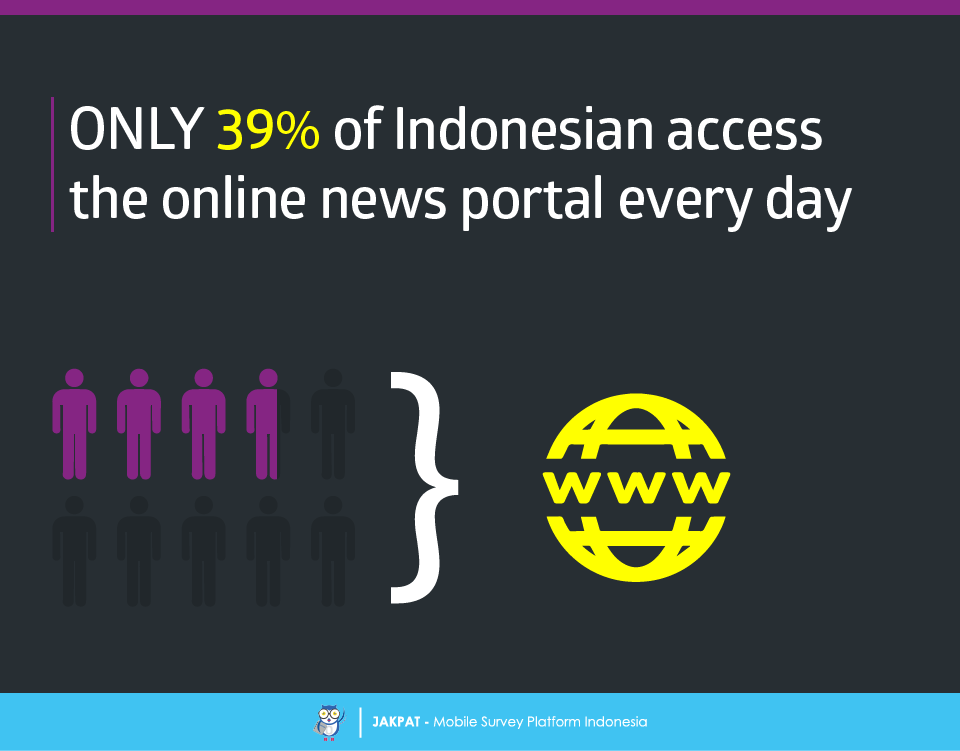 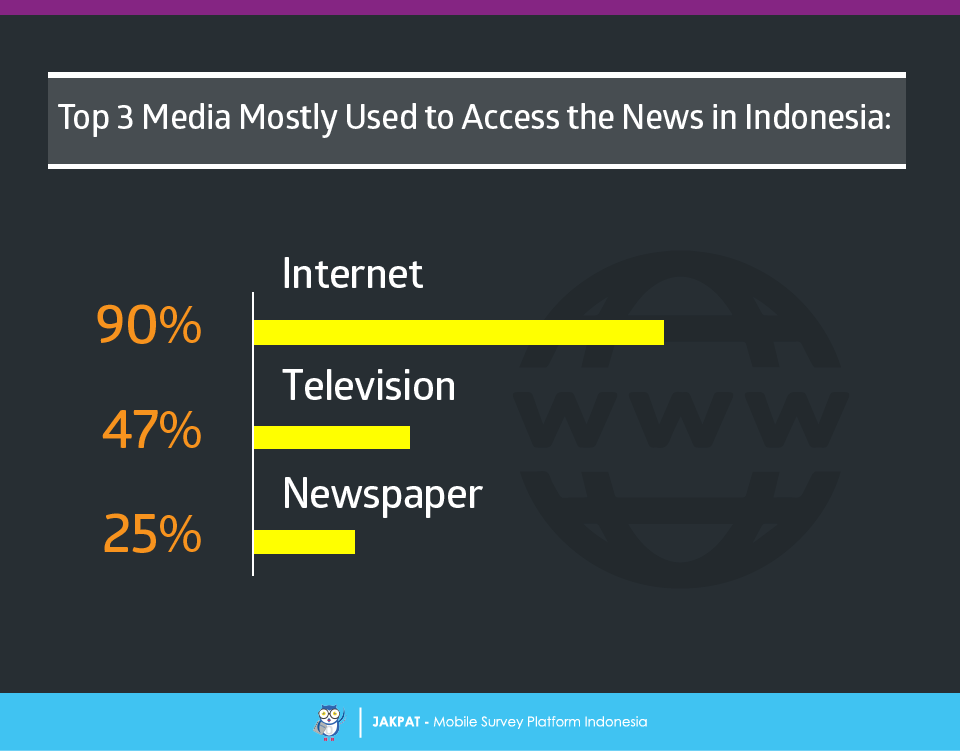 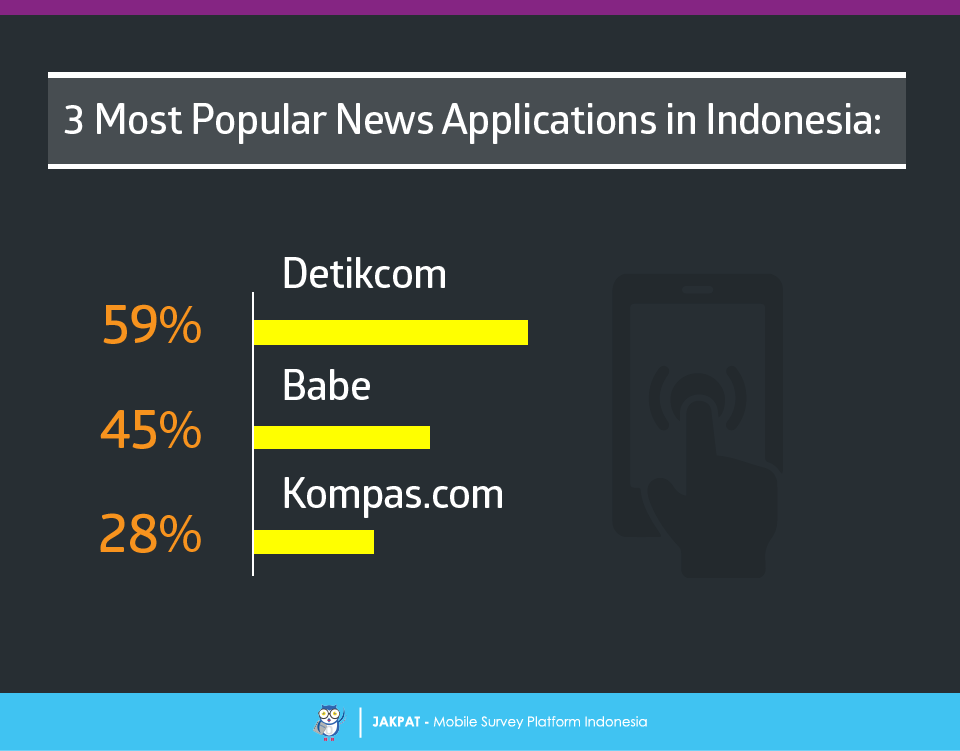 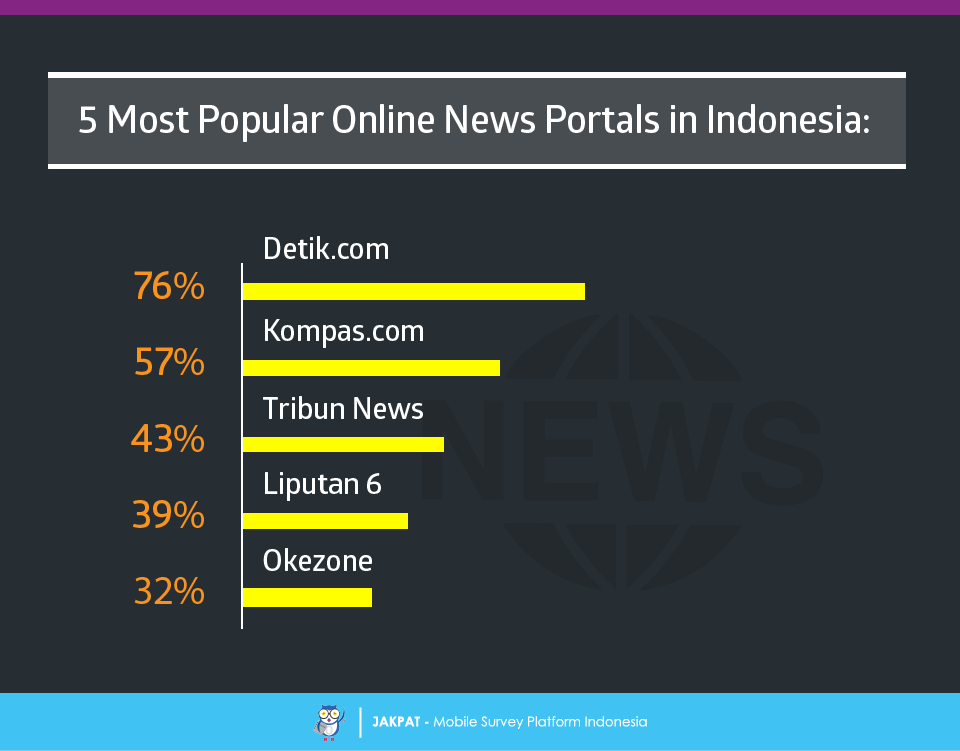 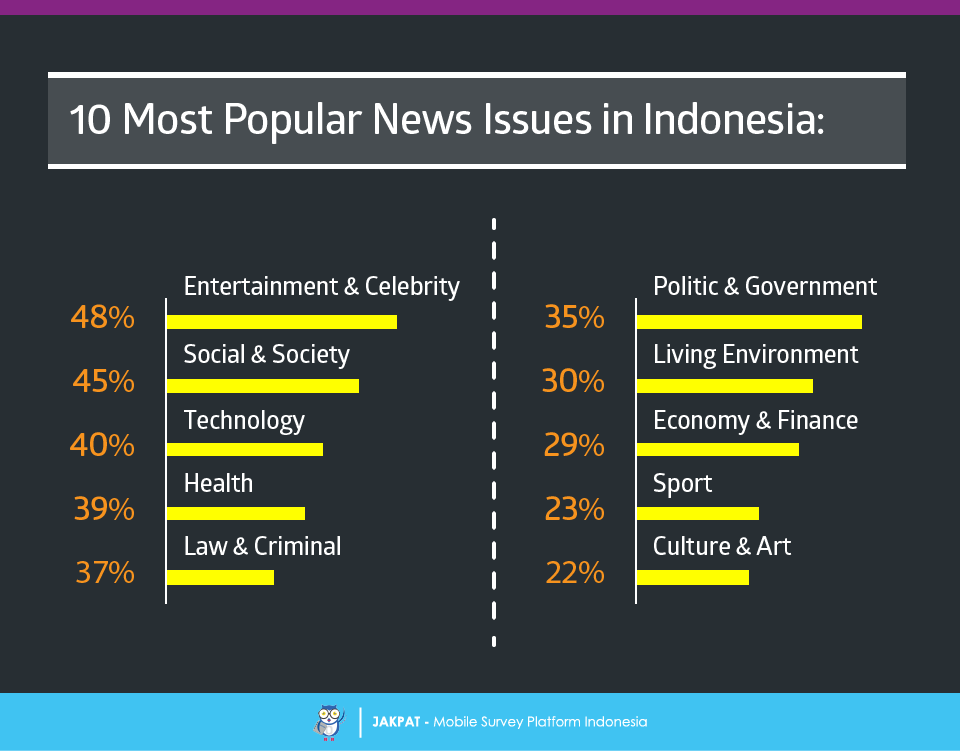 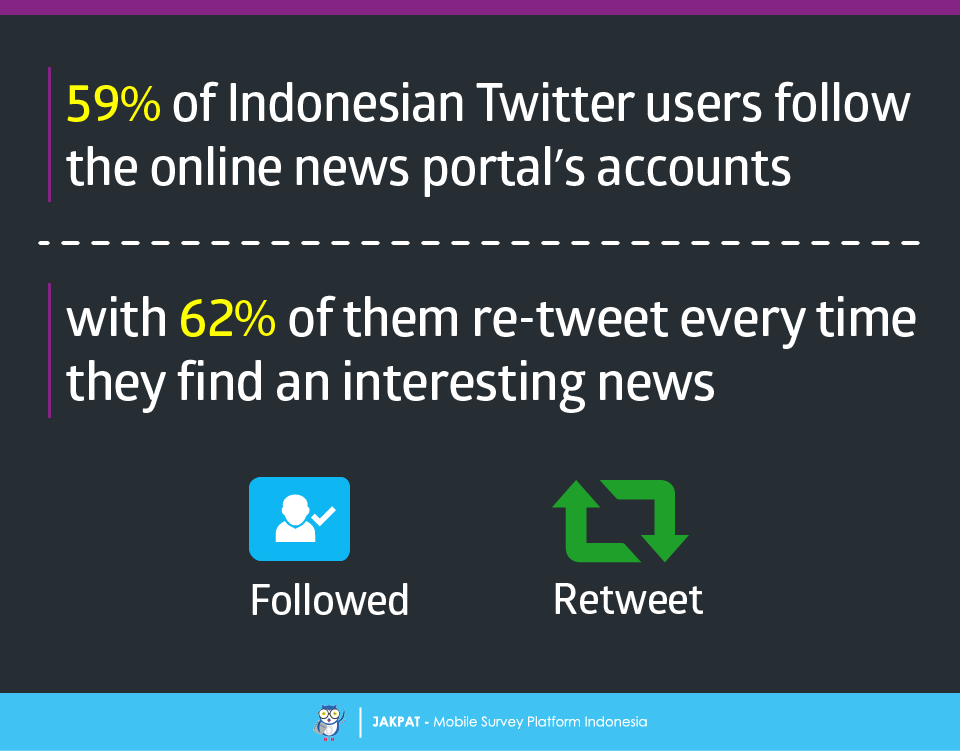 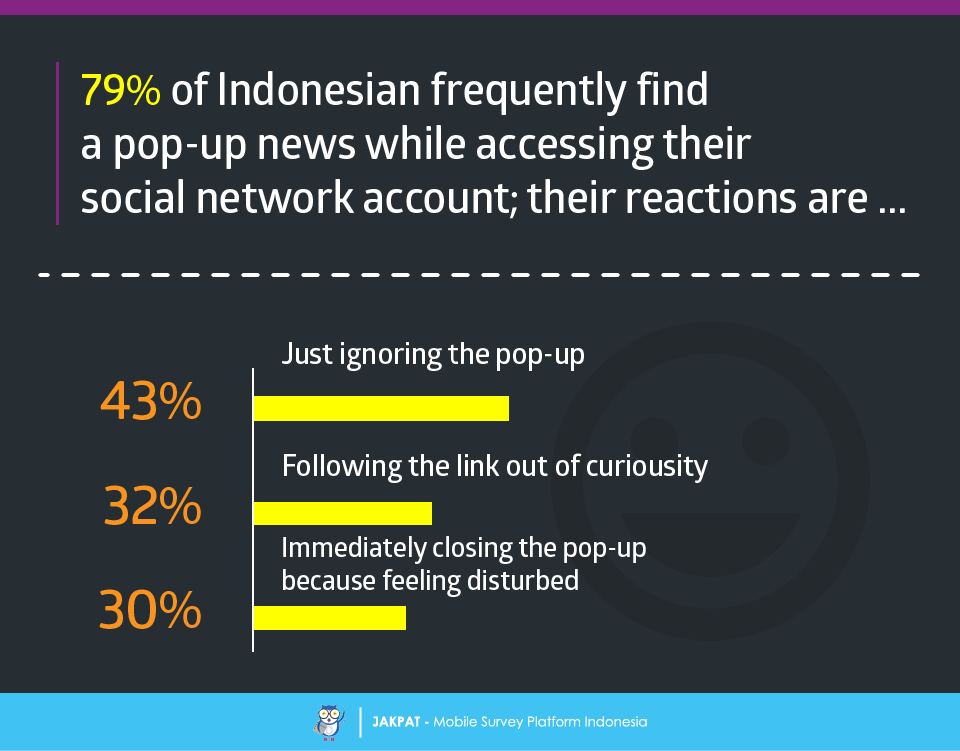 Social media, particularly Twitter, has become the platform used by online news portal for spreading news feed. Therefore, we asked the respondents regarding to whether they have a Twitter account, and then whether they follow the online news portal’s Twitter account. Apparently, more than half of Indonesian Twitter users (59%) admit that they follow the online news portal’s account. Moreover, there are 62% of them who always re-tweet every time they find interesting news on their timeline. Lastly, we asked about the pop-up news that is recently popular among netizen. Most of our respondents (79%) say that they frequently find a pop-up news while accessing their social network account. Henceforth, their reactions toward the pop-ups are divided into three major reactions, which are: (1) just ignoring the pop-up, as chosen by 43%; (2) following the link in the pop-up in order to further read the news out of curiousity, as chosen by 32%; and (3) immediately closing the pop-up because feeling disturbed by it, as chosen by 30%.