As the world increasingly recognizes the contributions of women in life, how women and men view household economics and the division of domestic duties also shifting. More women, especially in Indonesia, have joined the workforce but their role as the central figure in the home hasn’t diminished. In this project, we would like to see from Women point of view how they plan their future; from marriage, financial plan, their role in the household, as well as how their expectation meets the reality and their take on the stereotype circulating around women.

This survey is aimed to capture the view of women both single and married toward their role as a woman in a society. In terms of their view in marriage life and role, their view about financial responsibility and so on. 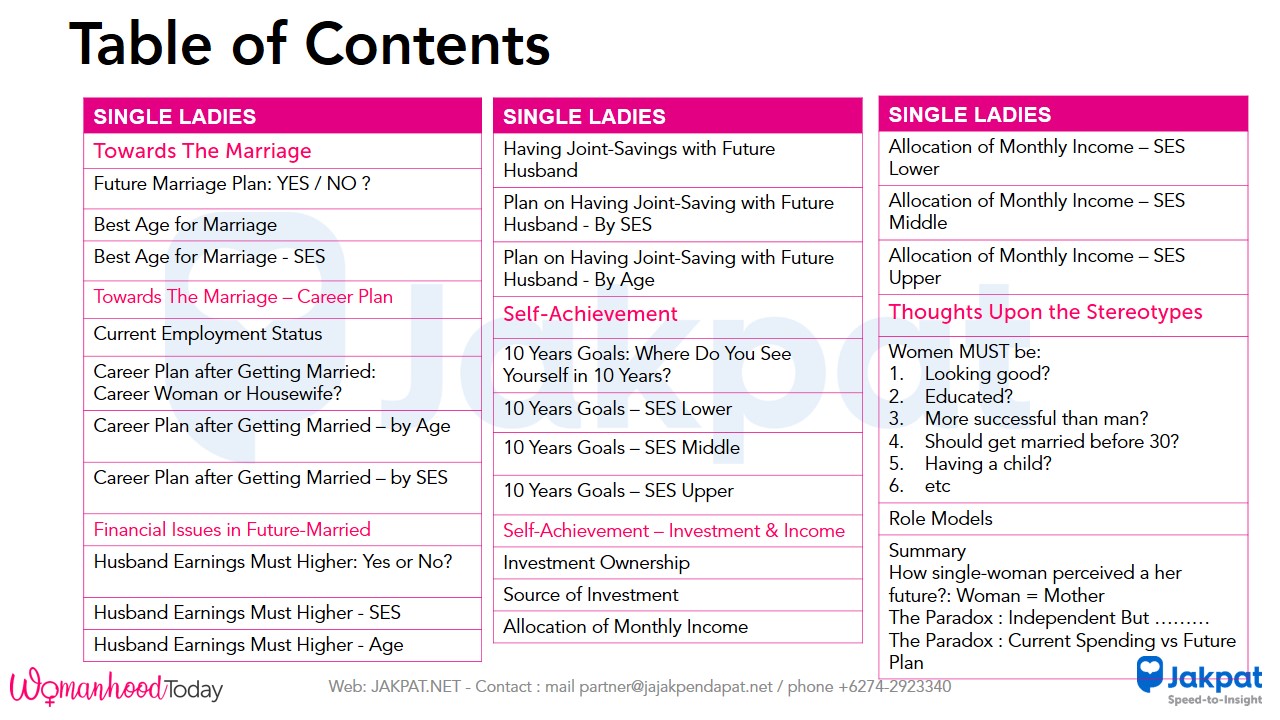 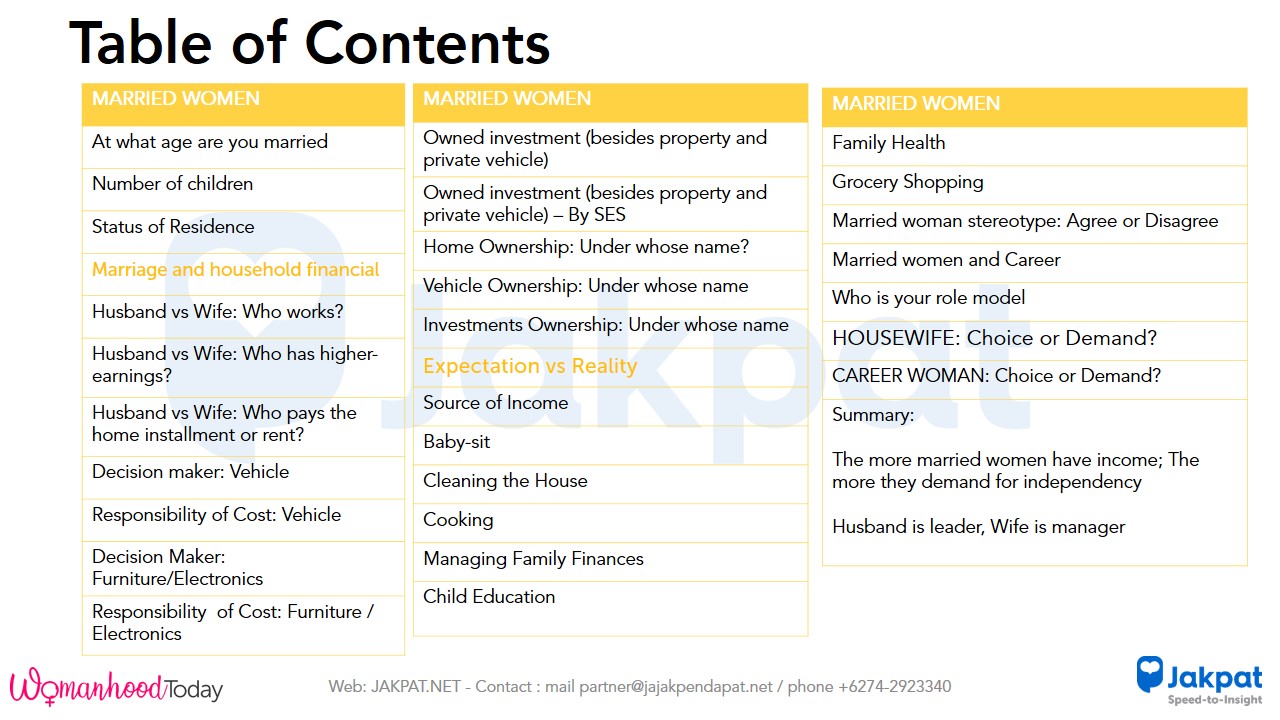 You can download our survey report on a link below :