Since smartphones are widely used in Indonesia, various apps installed on them are useful for Indonesians. As we can find in App Store, there are numerous downloadable applications such as navigation, maps, camera360, here maps, twitter, facebook, etc. 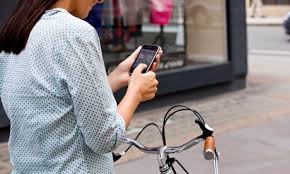