Ramadan is a meaningful month for all Muslims in the world including in Indonesia where the majority of the population is Muslim. However, this time Ramadan feels very different from previous years with the existence of the Covid-19 pandemic which requires people to stay at home and cannot be free to keep in touch with others the way Ramadan should be. Adverts that are usually shown during Ramadan must also adjust to the current situation by adding messages related to COVID-19. Hence, JAKPAT conducted research on respondents’ assessment of TVC from several products that have special TVC made for Ramadan edition.

There are a total of 33 advertisements involved in this survey. Ranging from food/beverage product category to the e-commerce category. 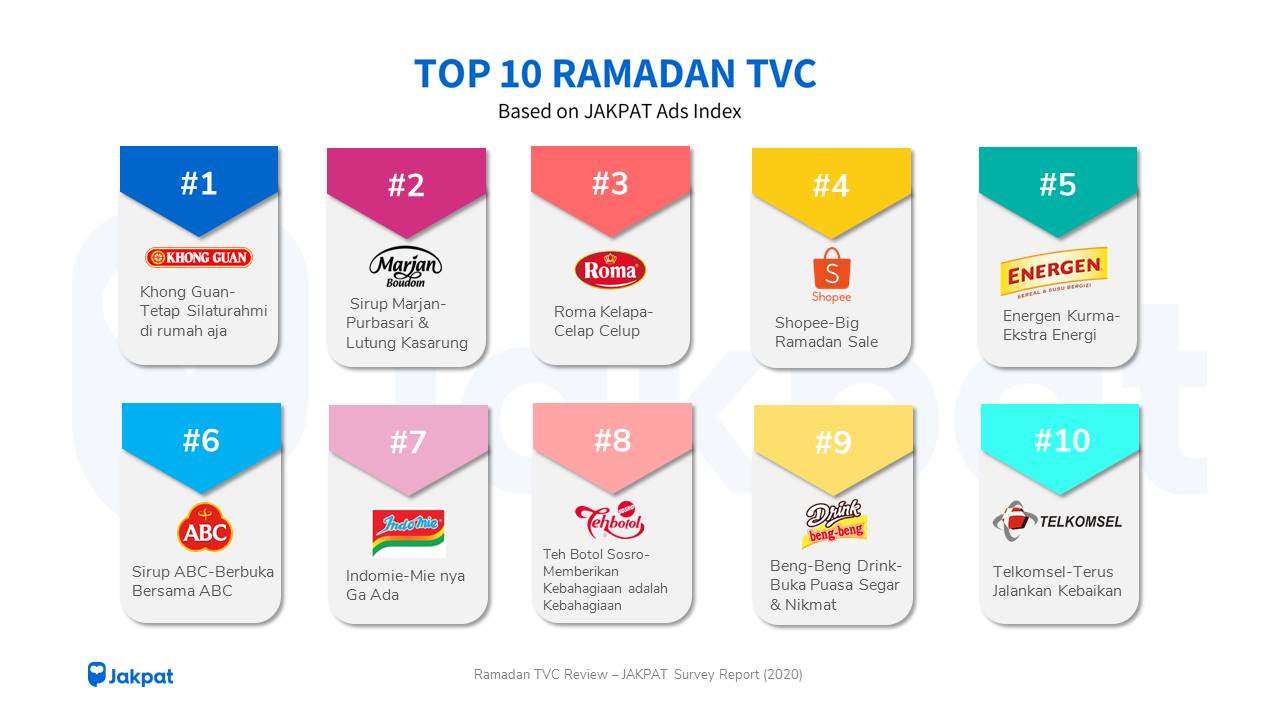 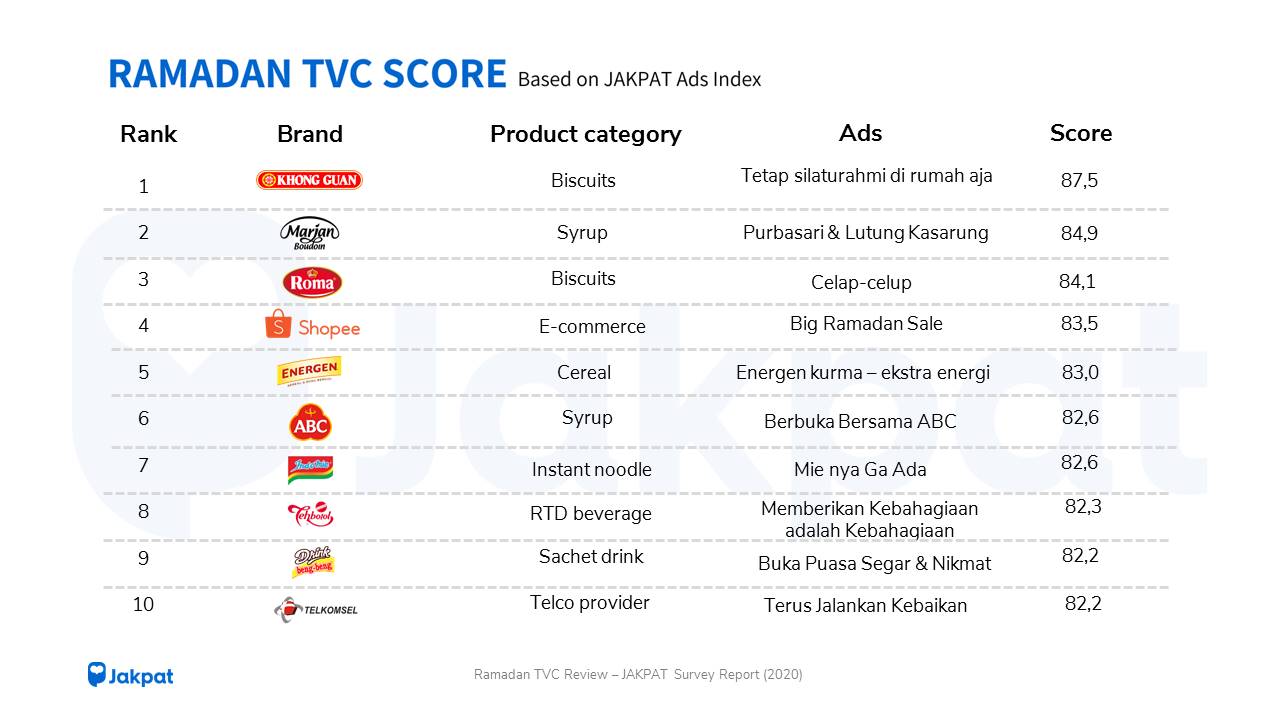 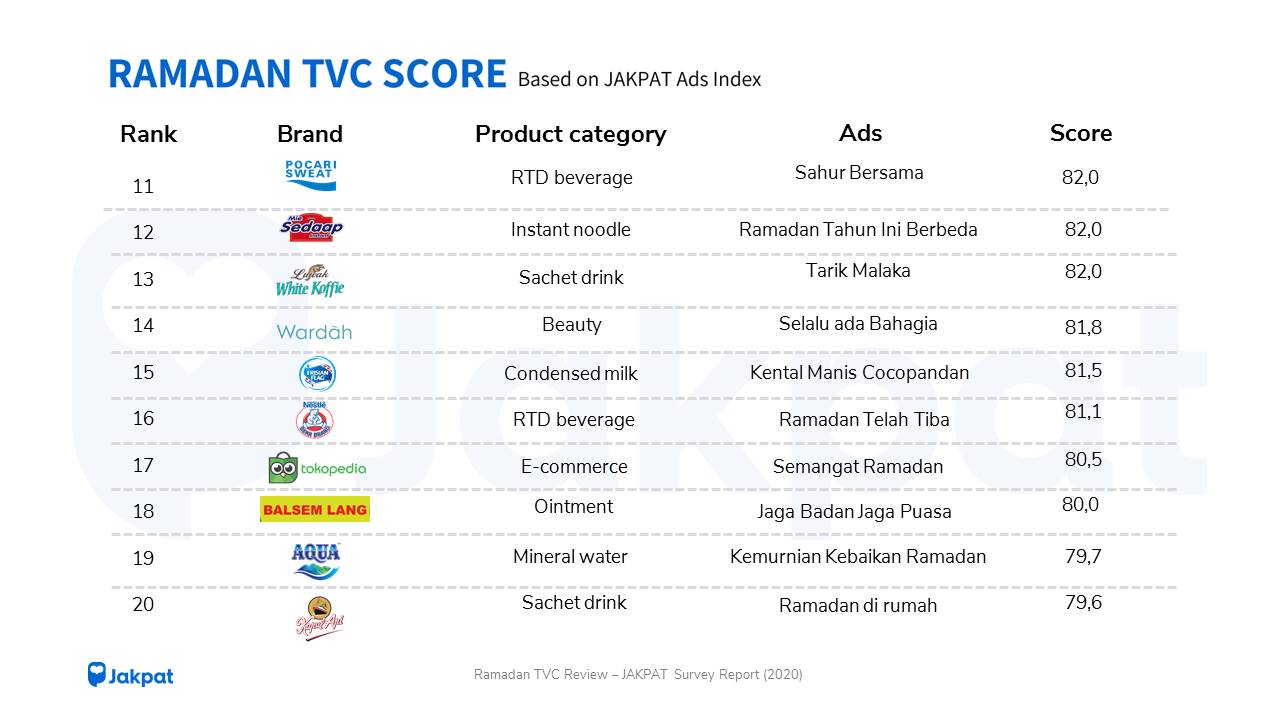 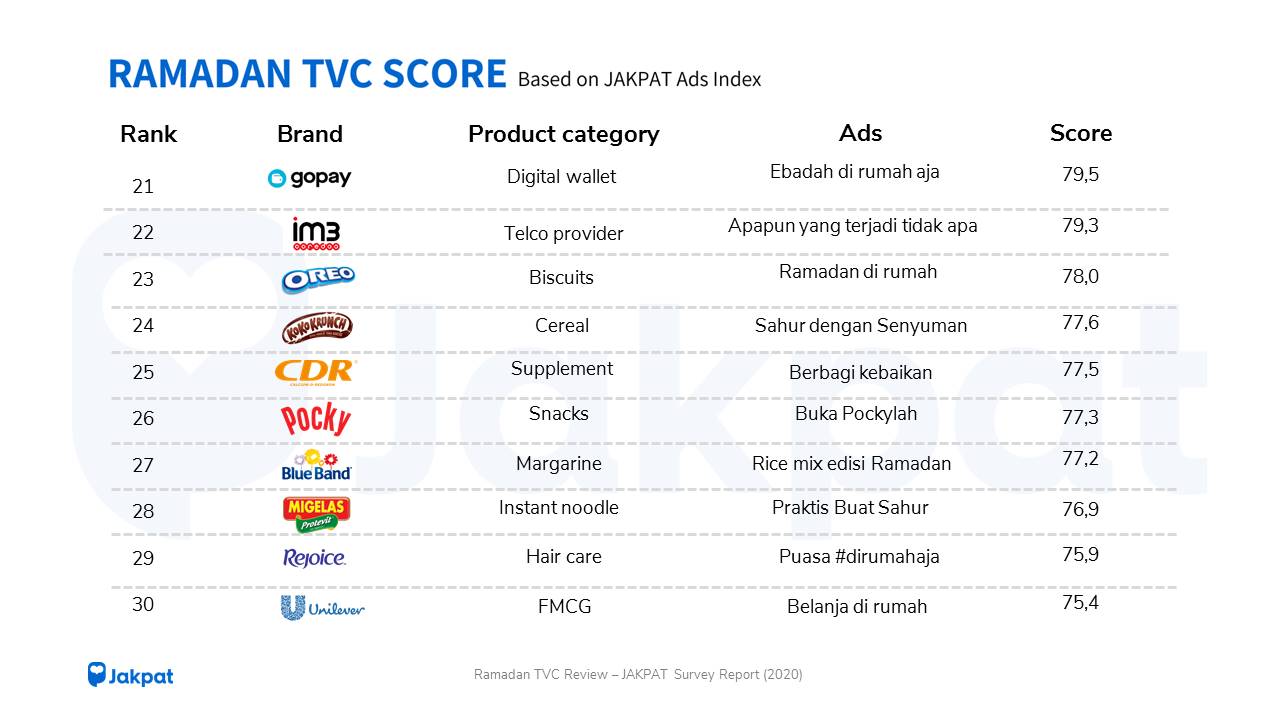 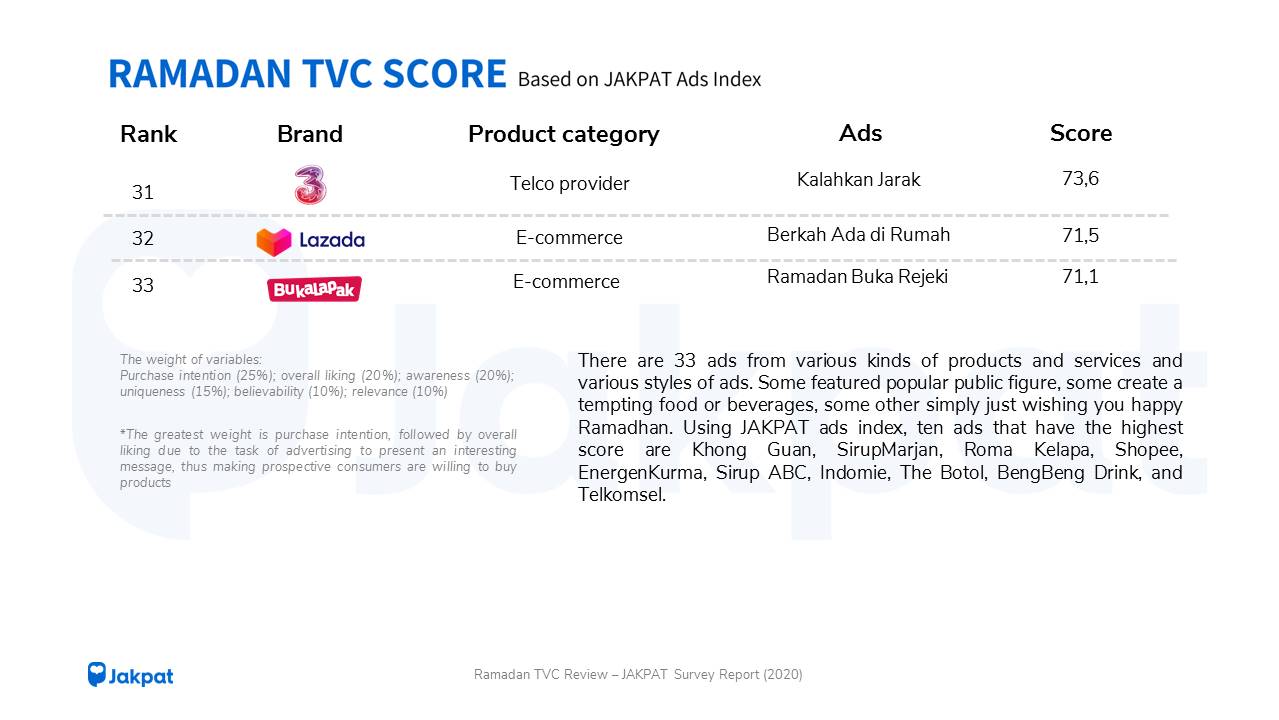 JAKPAT re-conducted a study of the habits of mobile users in Indonesia. In the second semester report of 2019, JAKPAT also discussed the perception of providing access to gadgets for young children. Here we will find out how differences of opinion between parents and those who do not have children. 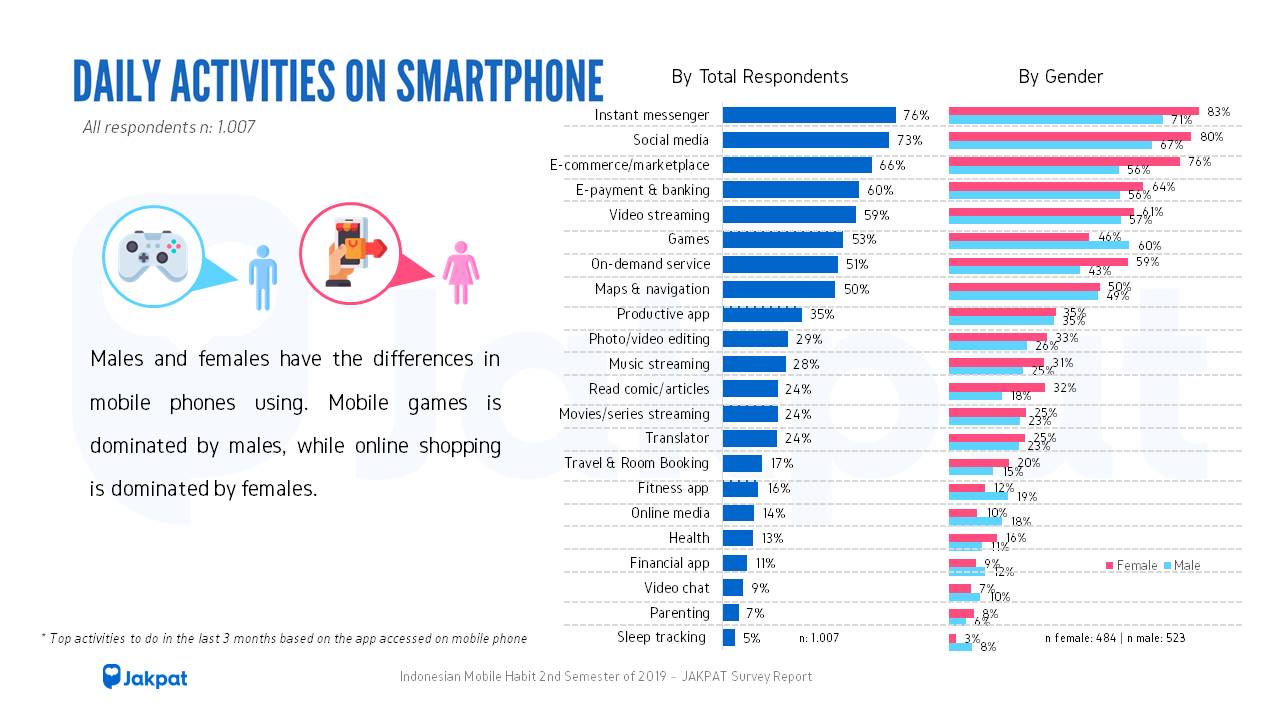 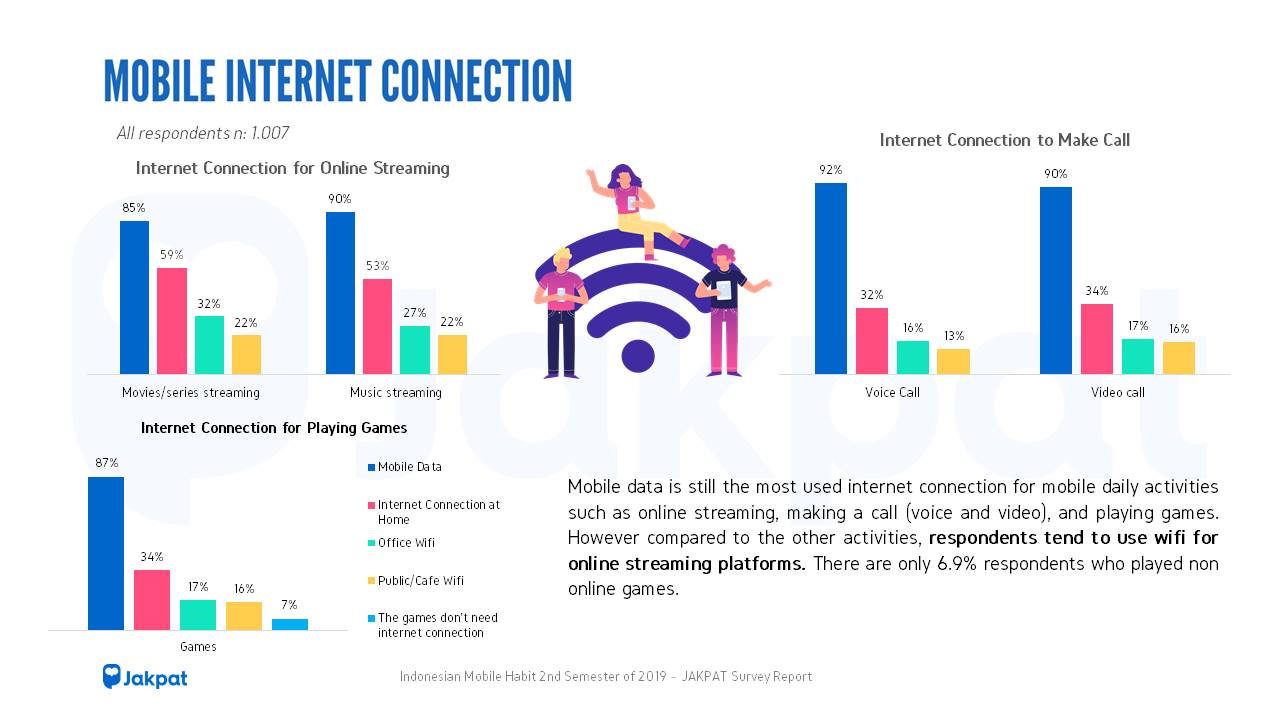 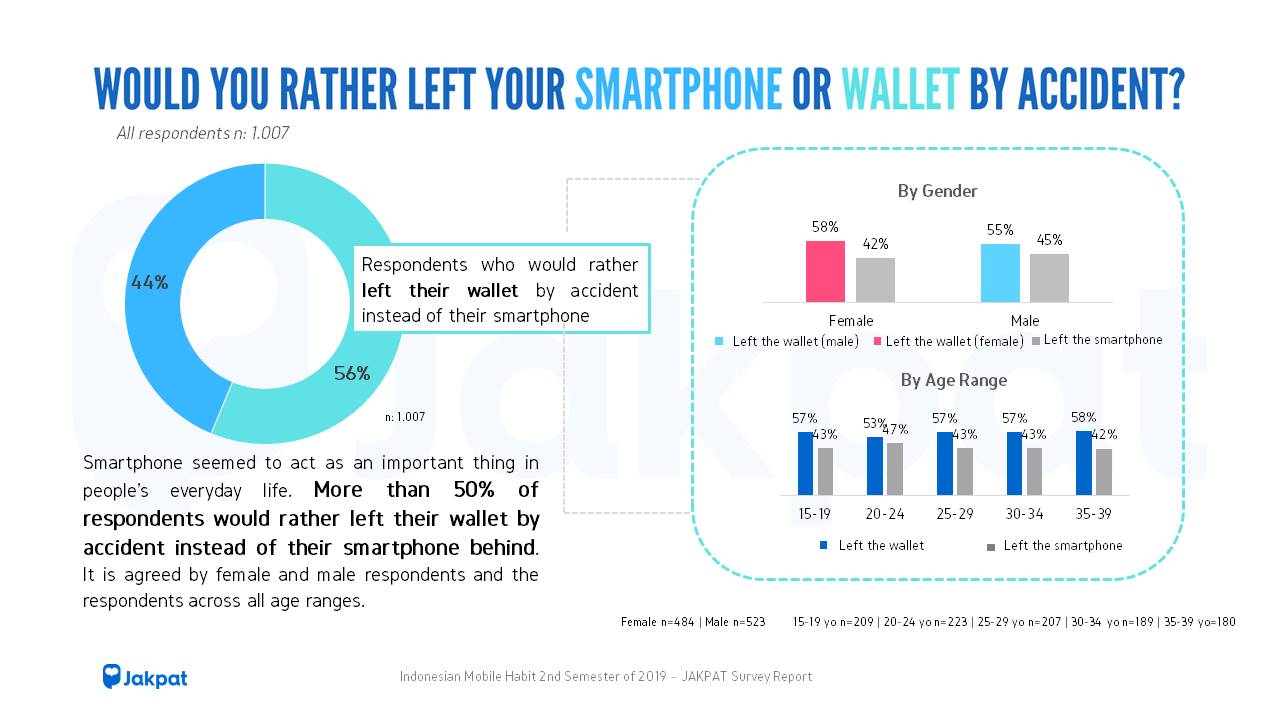 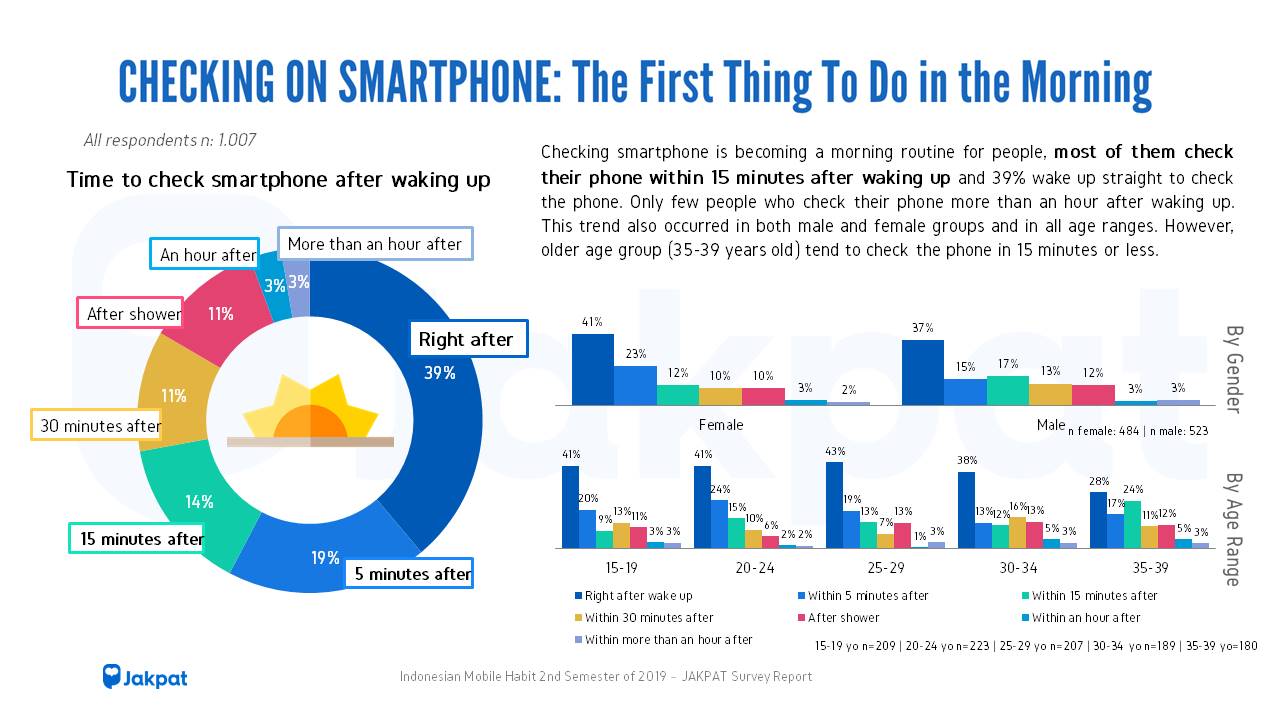 In 2019 cashless payment services are increasingly popular in Indonesia, a variety of businesses and services across the cities offering Indonesians a payment alternative. According to Bank Indonesia, the e-wallet operator company consists of 22 financial technology (fin-tech) companies, 11 banks, and 5 telecommunication companies. The e-wallet operator is competing to expand its market share by undertaking a massive promotional strategy including cashback and partnership with companies that have many user bases such as e-commerce, online travel agency, etc.

Relevant to that matters, JAKPAT has conducted a survey in order to understand the use of Indonesian digital wallet in electronic transactions and the major players in Indonesia’s digital wallet industry 2019. 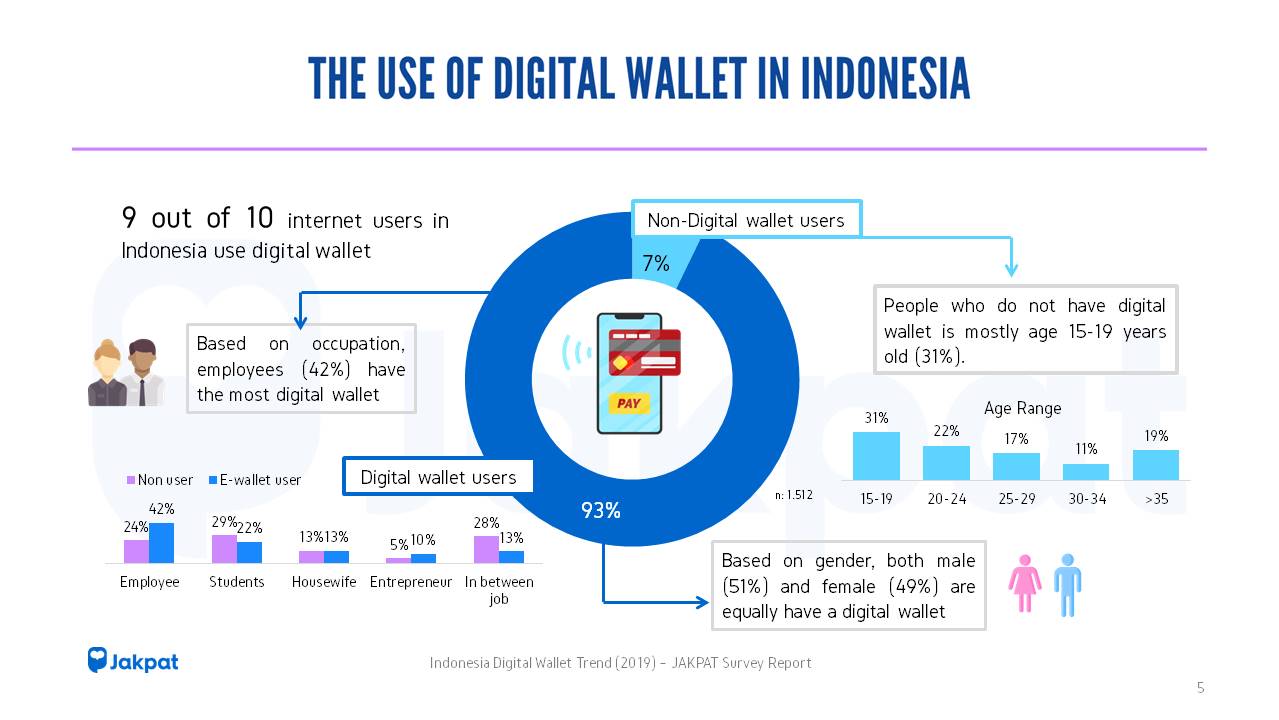 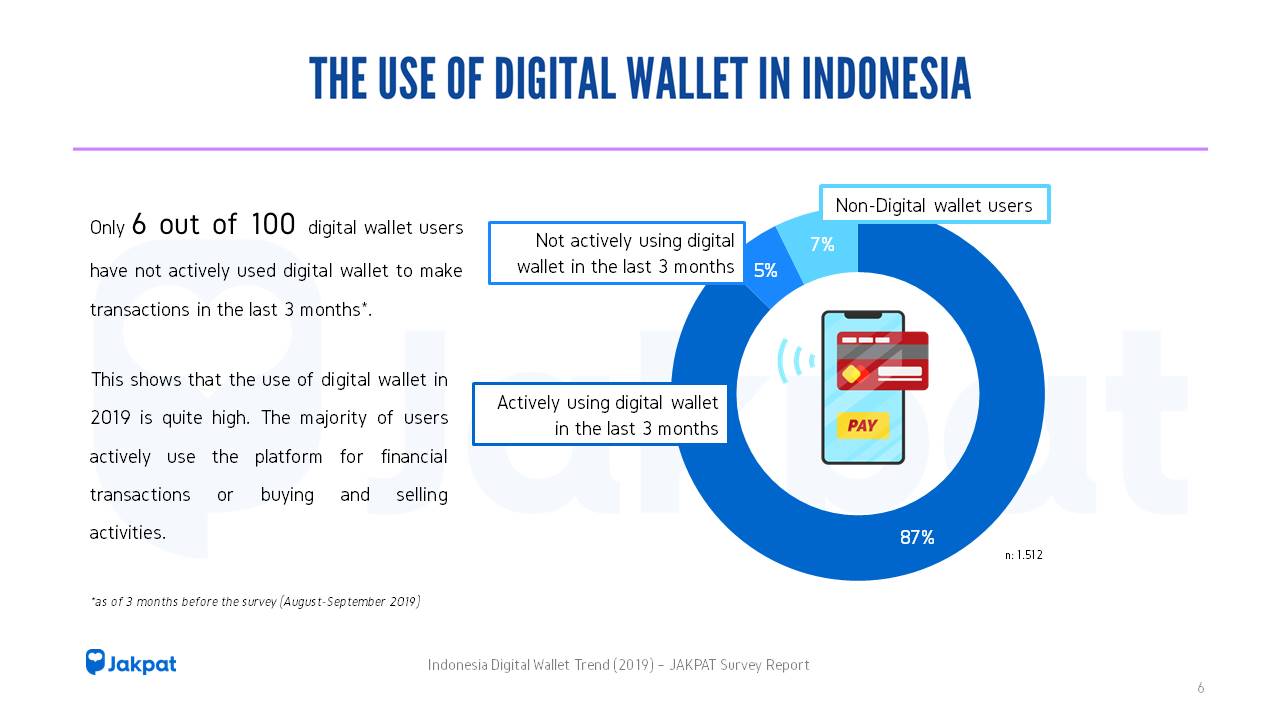 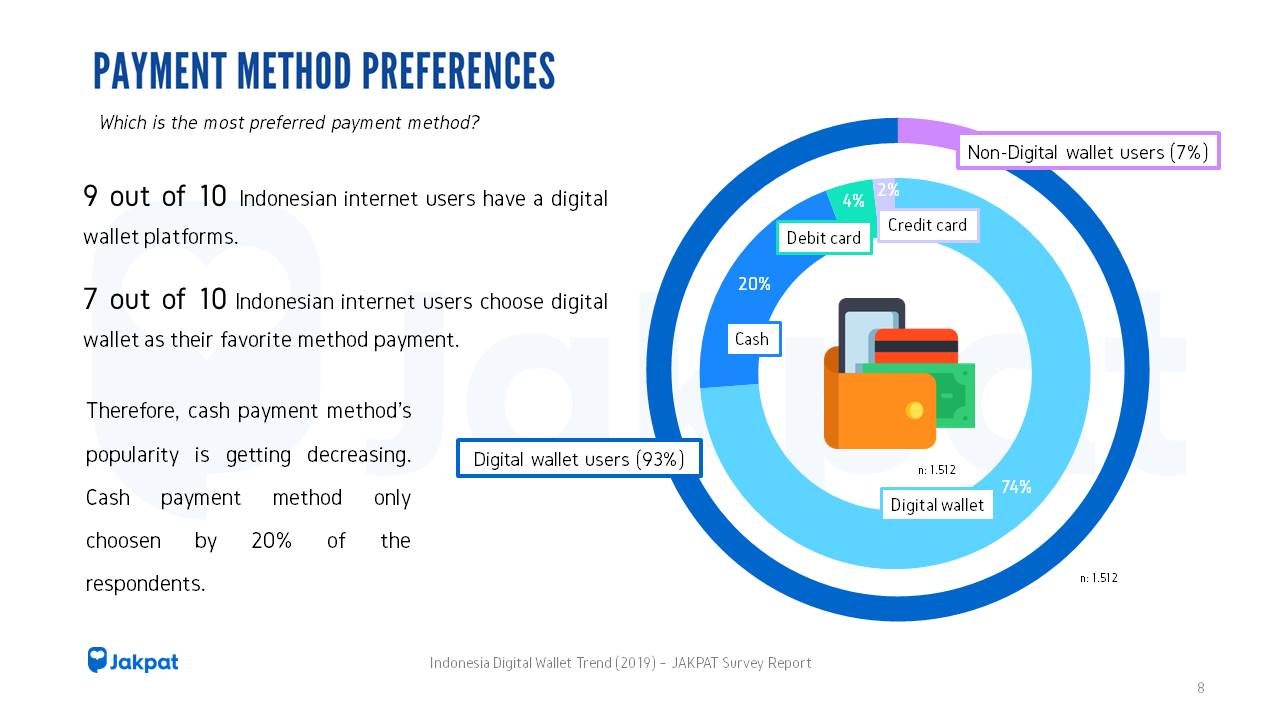 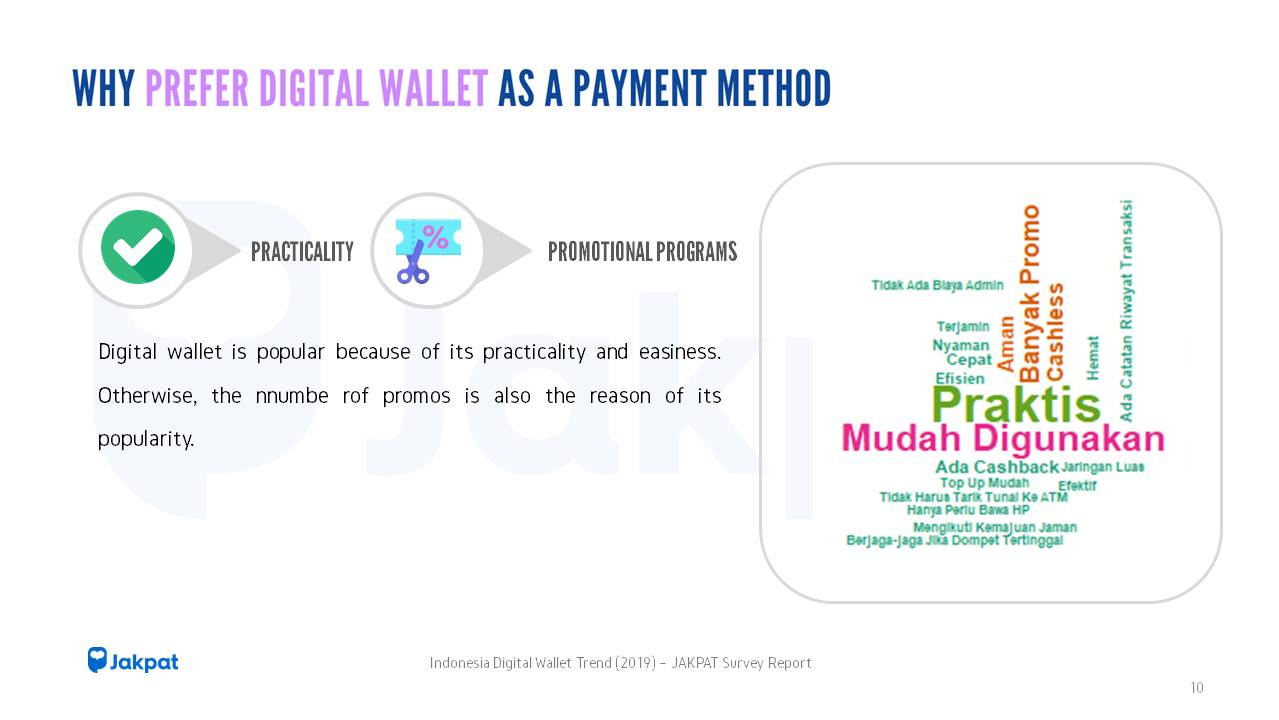 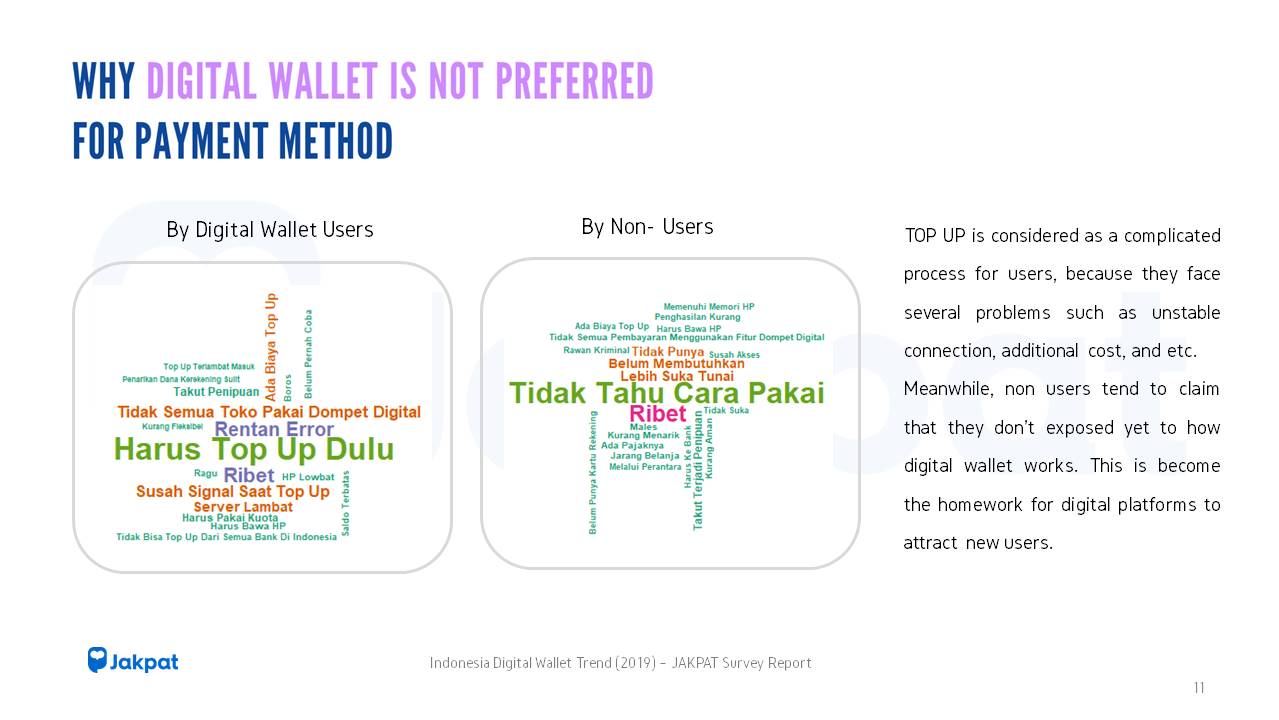 Based on data from APJII, penetration of Internet users in Indonesia is 64.8% or around 171.17 million people. Most of them access the internet to open social media, either through websites, mobile web, or mobile apps. Seeing the huge potential of active social media users, small businesses and large companies use this platform to advertise their brands, products, or the company itself to reach current and potential customers. Many small businesses / large companies use social media influencers as their brand, product, or company ambassadors to achieve their goals. They have a role as key opinion leaders for users to get quality product recommendations. To understand social media usage trends in Indonesia within 2nd semester of 2019, JAKPAT conducted a survey of 1,510 respondents nationwide which aimed to determine social media awareness, usage, BUMO (Brand Used Most Often), and value. In addition, we also want to capture user habits on social media, such as social media friends, undesired following, and common interest through certain social media. 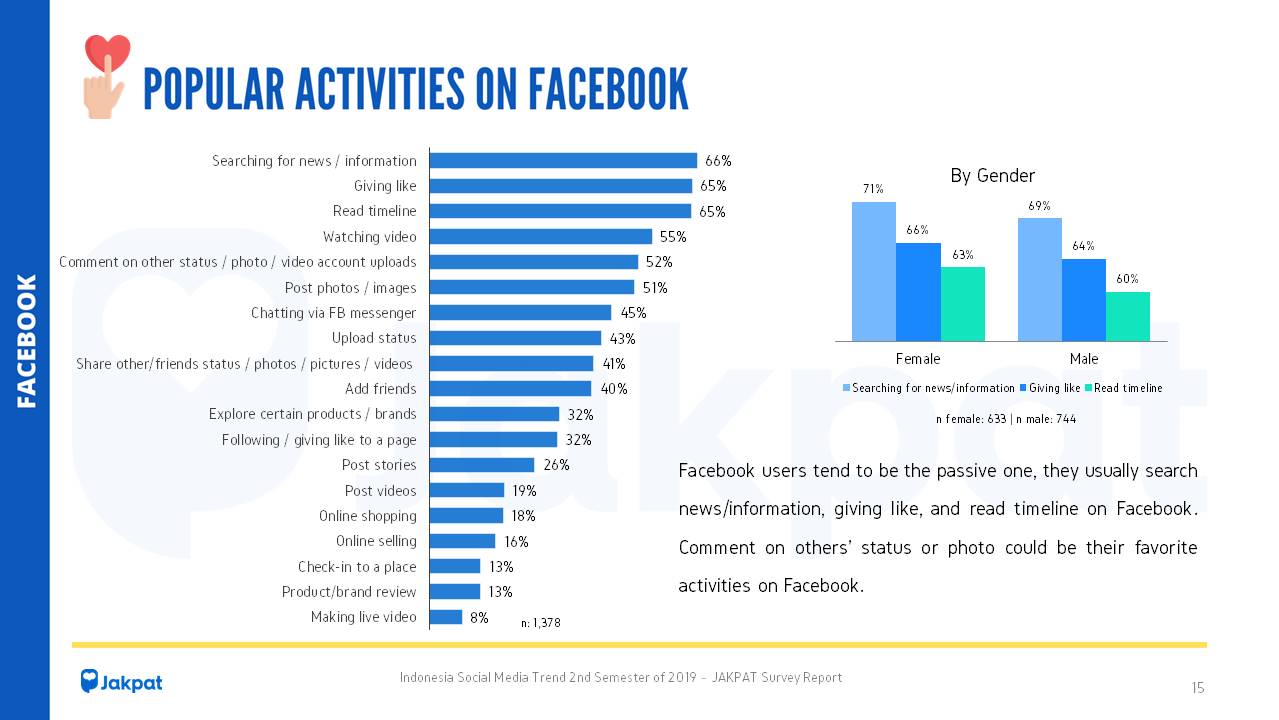 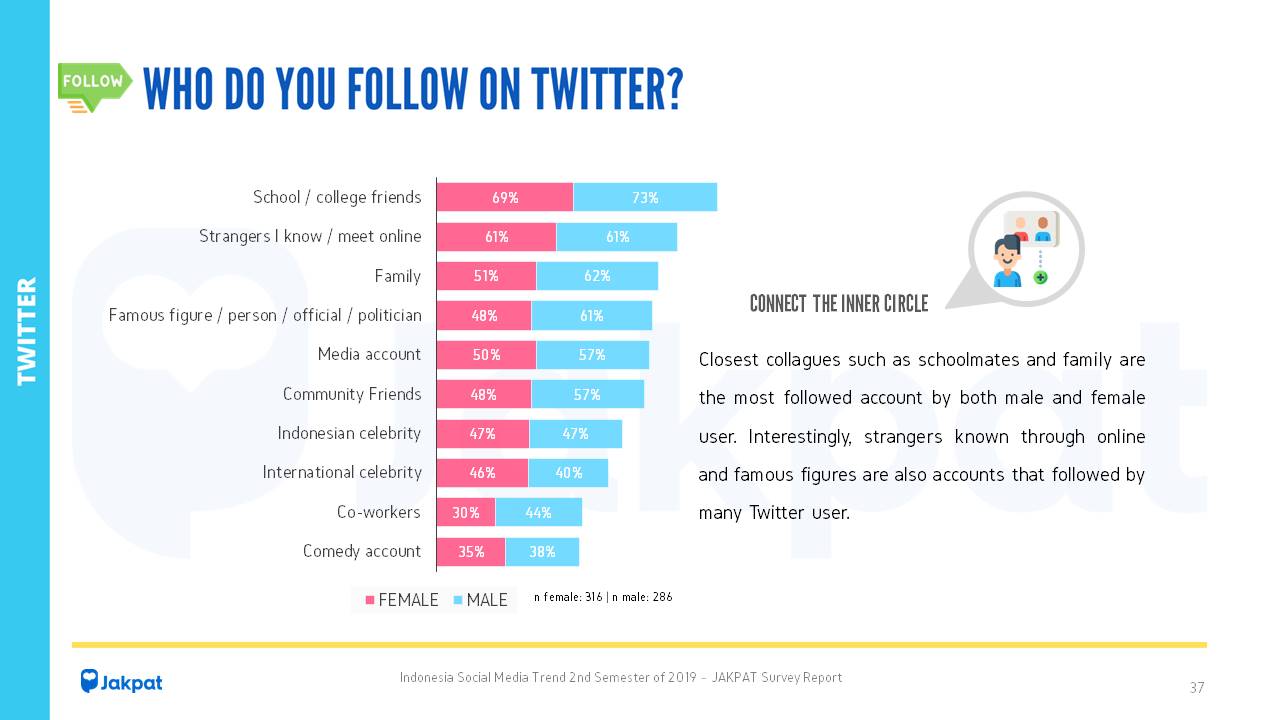 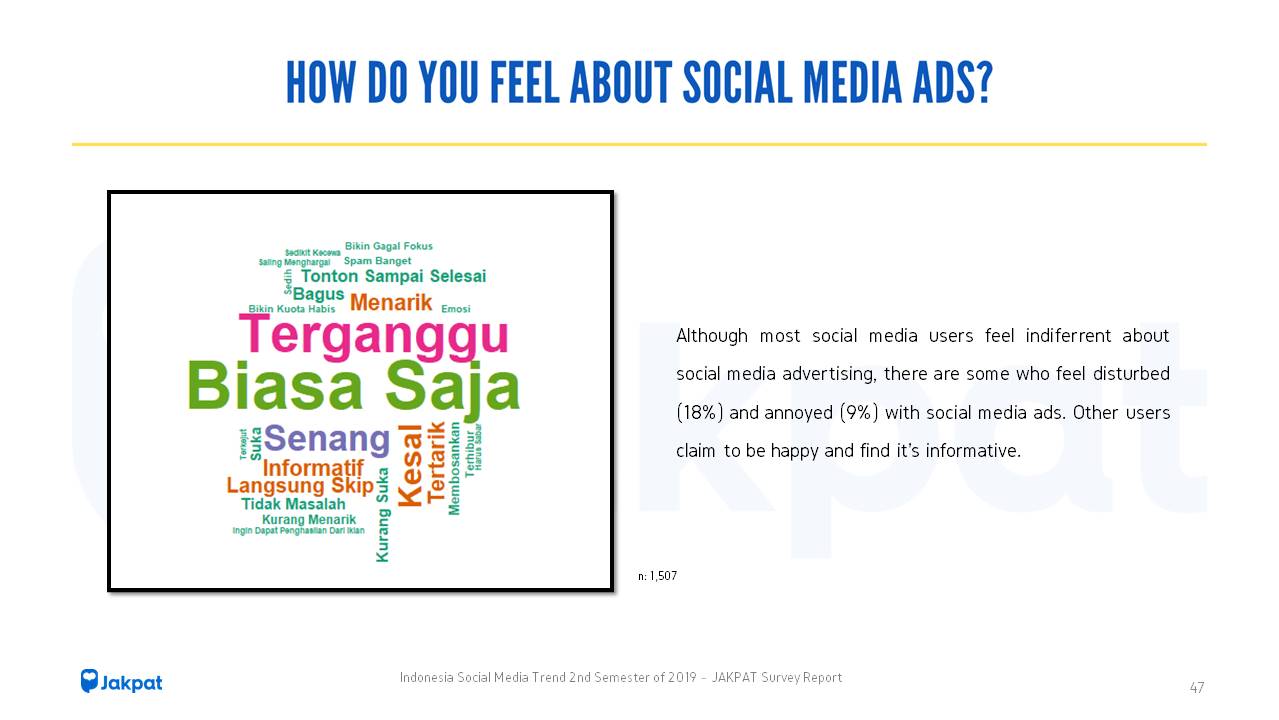 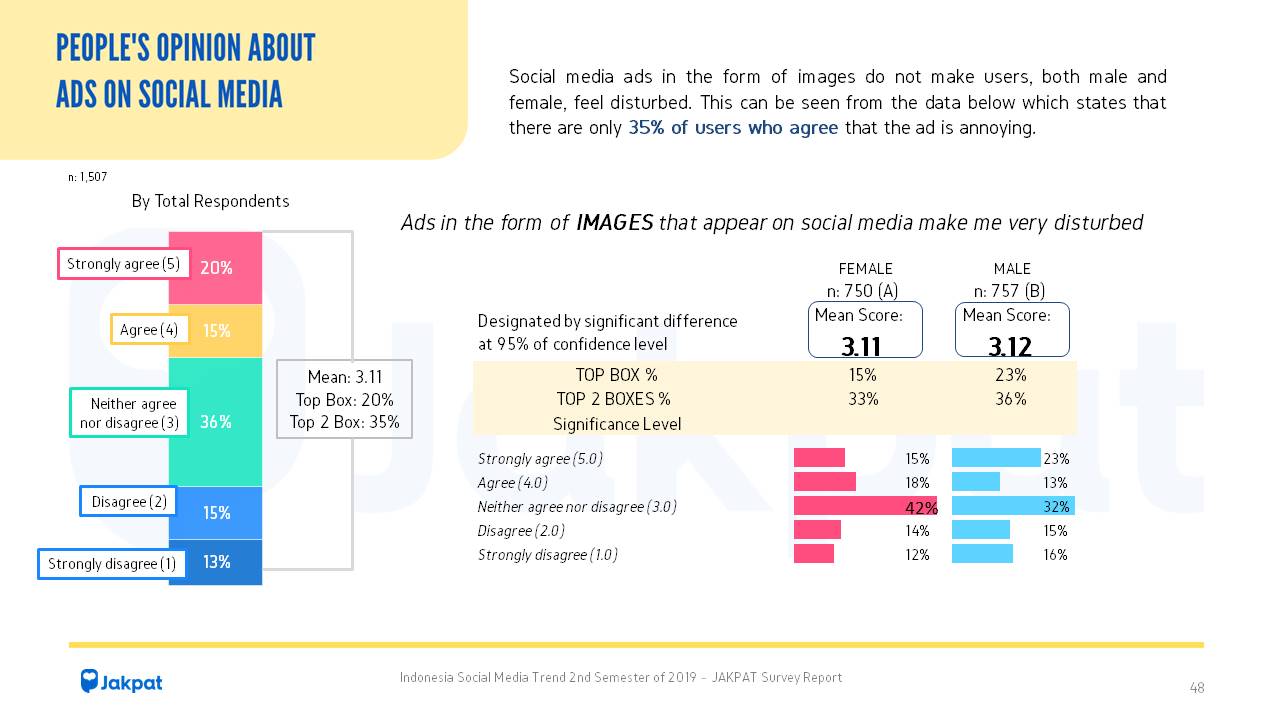 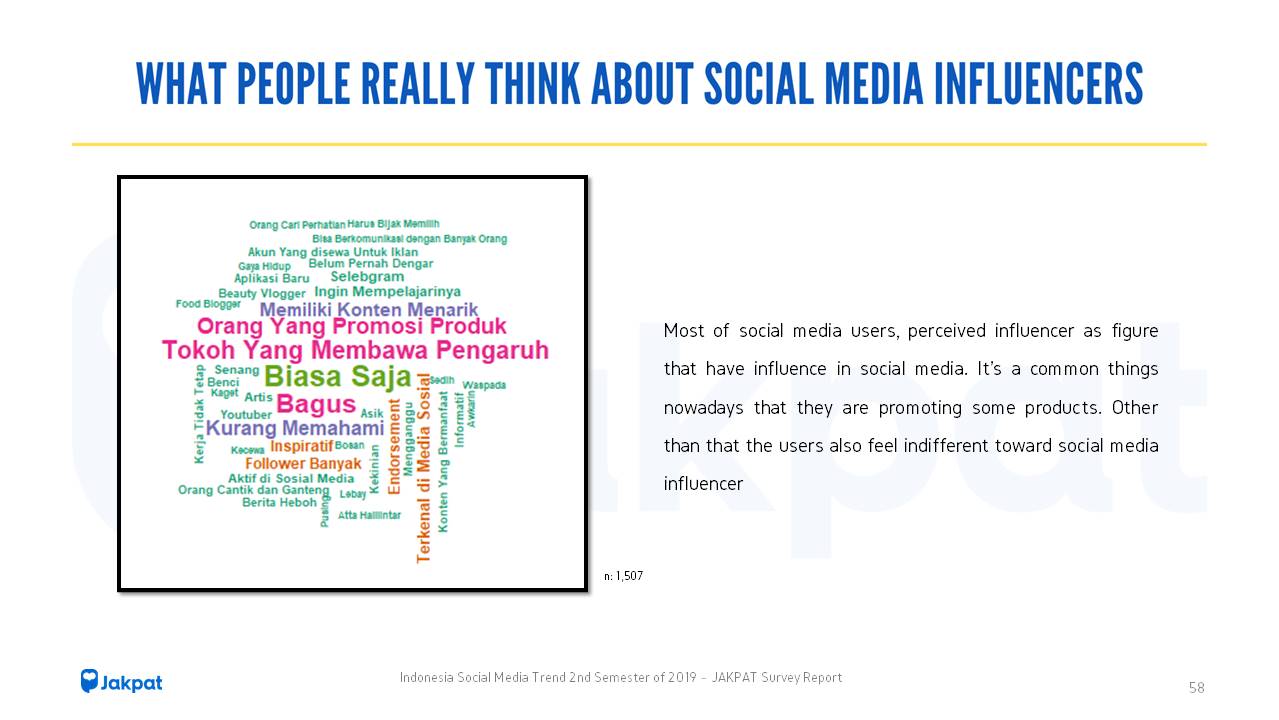 Hari Belanja Nasional or popularly named as HARBOLNAS is highly awaited by consumers every December 12th. E-commerces, marketplaces and online shops in Indonesia are competing to offer the biggest sale for consumers. It has been the 7th HARBOLNAS since 2012, and we are interested in hold a survey towards this trend. In this survey, JAKPAT provides data about the implementation of HARBOLNAS 2019 in netizen’s perspective. 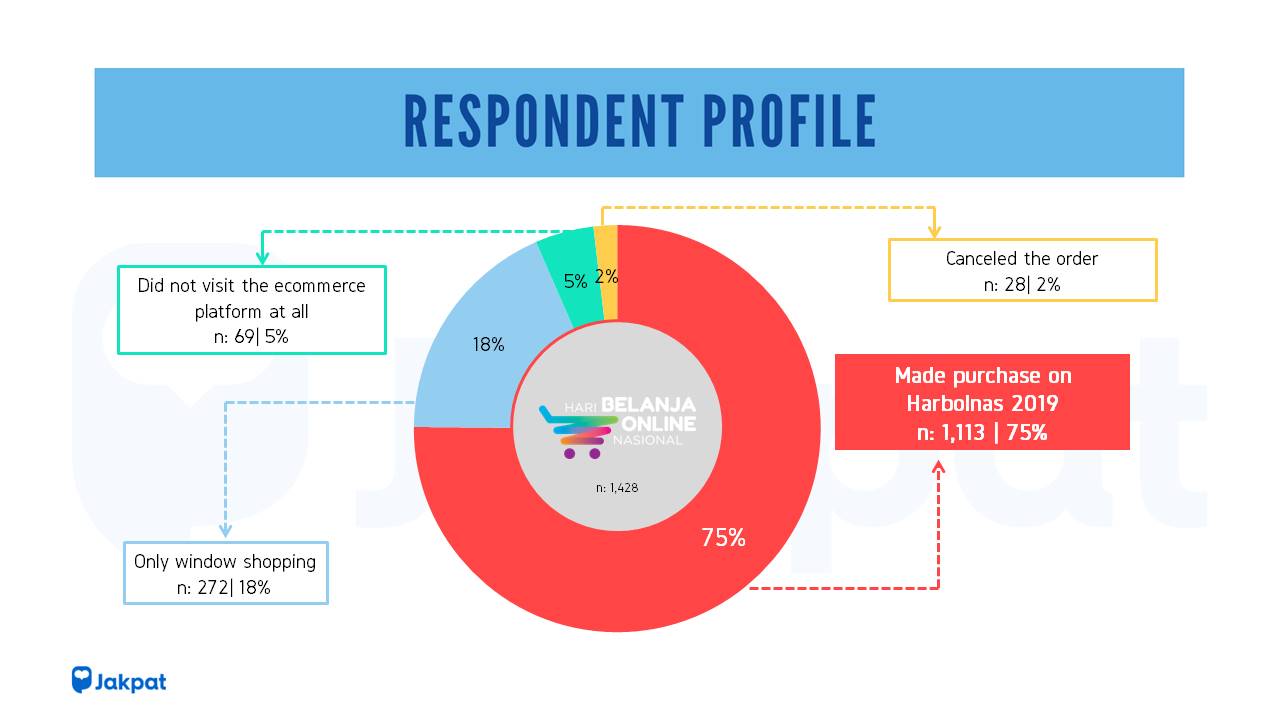 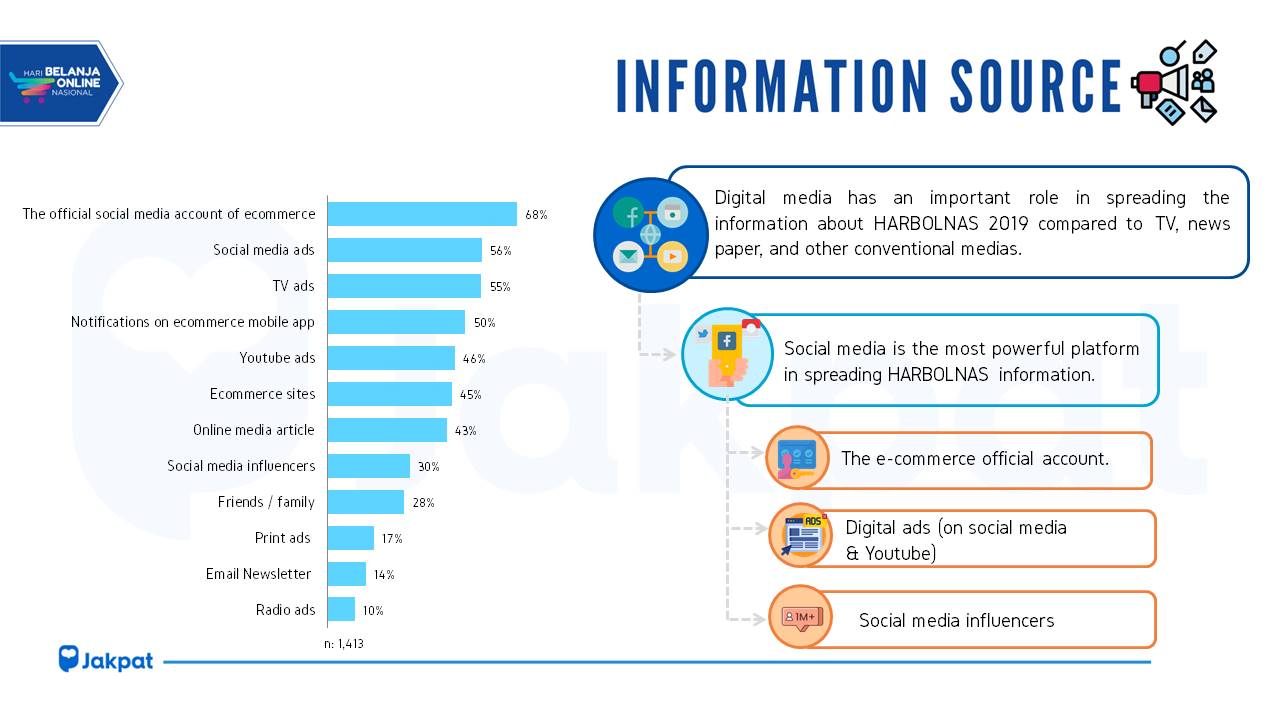 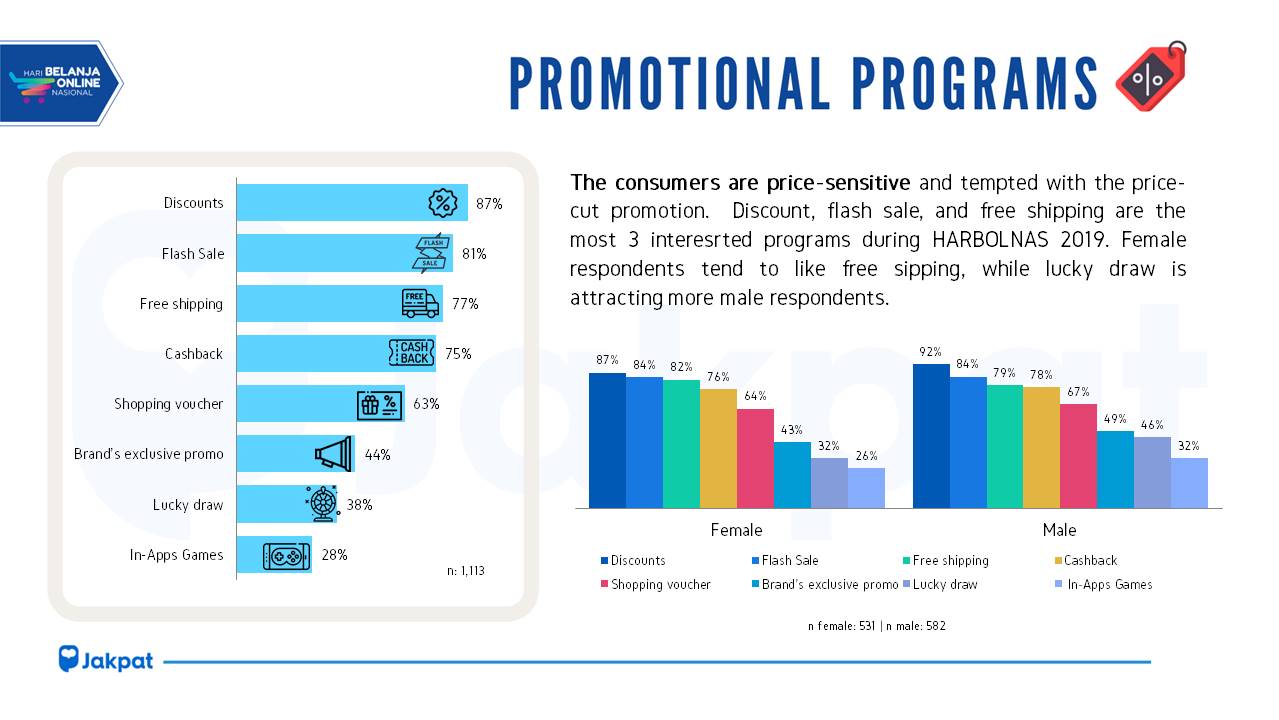 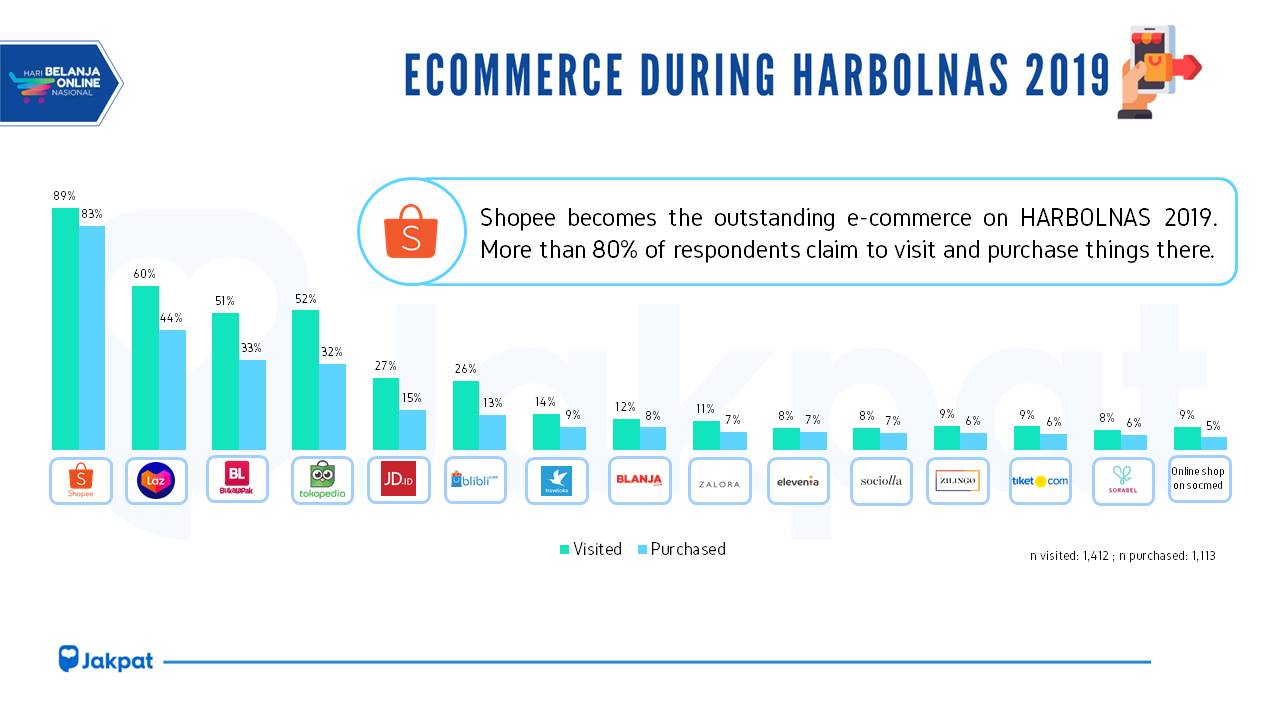 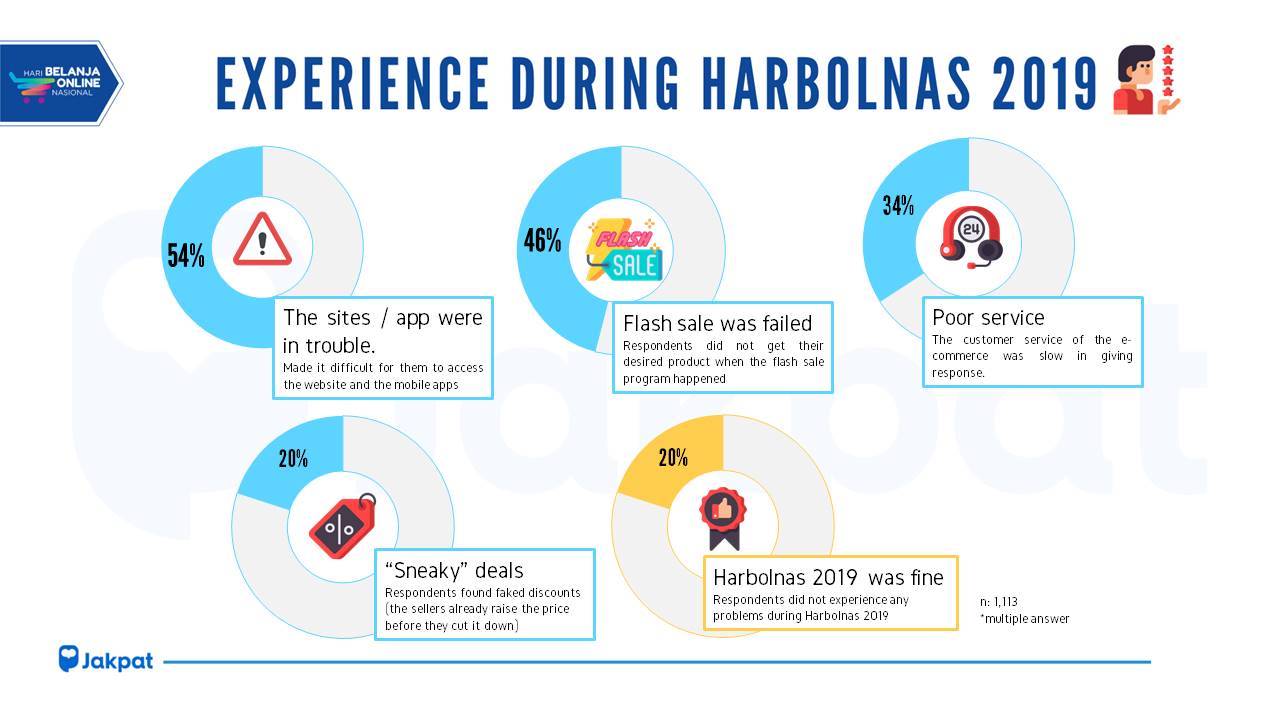 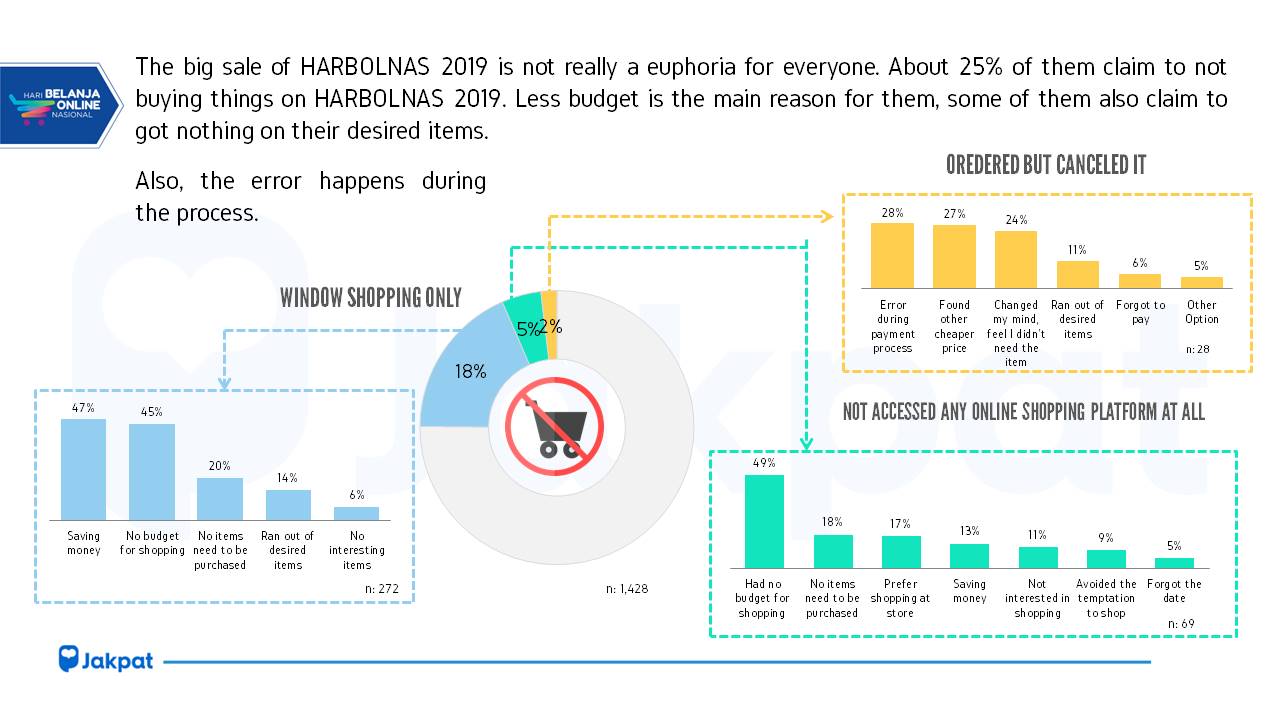 Bank Indonesia defines e-money as stored-value or prepaid products in which a record of the funds or value available to a consumer is stored on an electronic device in the consumer’s possession (Hidayati, Nuryanti, Firmansyah, Fadly, & Darmawan, 2006).

Based on those facts, JAKPAT tried to conduct a survey concerning e-money usage in Indonesia. We tried to know the reason encouraging Indonesians for using e-money. Next, this survey was followed by 489 respondents.

Respondents have several reasons for using e-money but mostly they use it to pay their transportation fares (55.23%), and second, to pay their bills (40.70%), such as electricity bill and telephone bill. Below are the comparison between male vs female respondent in using e-money :

Flazz BCA as Most Popular One

We also asked what e-money they own and prefer to use. Results are shown in table below :

It turns out that Flazz BCA is the most popular one followed by Mandiri E-Cash.